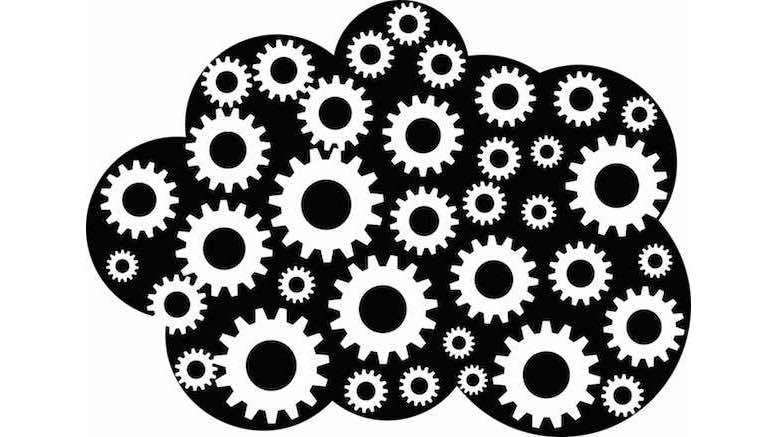 They say you should never bite the hand that feeds you. However, I am a little overweight, and can stand to lose a few pounds. That is why I prefer to say what is wrong with RAID.Cloud, WeDo’s revamped cloud-based anti-fraud service, as well as telling you what they did right. I can safely predict this will result in fewer social media shares for this piece; marketeers only publicly distribute articles that are wholly positive about their offerings. On the other hand, it will not greatly reduce the number of readers; markeeters tend to share criticism by email.

To begin with, it is worth emphasizing the importance of RAFM moving towards cloud-based automation. The cloud should make automation viable for smaller telcos, and means customers can start enjoying the benefits of automation without significant capital investment or undertaking lengthy IT projects. But this has not led to widespread use of cloud-based RAFM services. I find this counter-intuitive; do telcos not encourage customers to use the cloud? Furthermore, putting RAFM in the cloud is a relatively old idea. In 2013 I mocked MACH for issuing a press release saying they were the first business to offer RA in the cloud, even though numerous suppliers were years ahead of them. It is obvious that many vendors would like to increase the revenues they earn from cloud-based RAFM services. However, the inherent advantages of using the cloud have not led to the sales they had hoped for. I suspect there are two causes: poor user interfaces, and the inability of the customer to try the service before they bought it. WeDo has dealt with both these issues.

WeDo are smart to give telcos a free trial period for RAID.Cloud. Users will still need to invest some time and effort to prepare their data for upload to the cloud, but the effort is far less than purchasing a new system to be installed on site. Being able to use the actual service for free should give prospective customers ample opportunity to make the business case for paying for the continued use of the service when the trial period elapses. If nothing else, fraud managers who complain their tools are inadequate should try the RAID.Cloud service, and discover how much additional benefit they can deliver with the functionality being offered.

I cannot comment on how well the service works when it comes to analyzing data. Prospective customers can configure the thresholds applied to their data, but there is no provision for people like me to test the system using dummy data. However, I can tell you that the WeDo team walked me through the interface for their IRSF offering, and I was impressed by its design. They could make small changes to the coloring and arrangement of certain indicators to help a novice user to understand relationships within the data being presented, but the overall design was very slick. My advice to them is that first impressions matter, and they especially want customers to be surprised by the speed of the service being offered. The less time is involved in using the service, the greater the reward for prospective customers who tried it. It is important to have an easy process for uploading data, and a rapid turnaround between that upload and the delivery of results in response. It also helps if the user interface is intuitive and that results are reported in a format that is easy to interpret, as both these factors will reduce the time that users spend learning how to use RAID.Cloud. The walkthrough led me to conclude that WeDo’s design was thoughtful and elegant. One glance at the overview of alarms, which is shown below, gives an illustration of how information is presented. 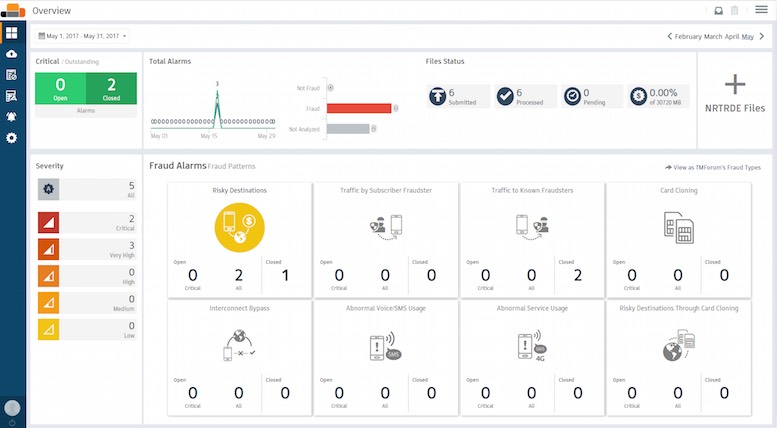 After identifying what WeDo have done well, here comes the negatives. Everybody knows that there is a psychological block that discourages the sending of data outside the business. I say this block is psychological because the supposed legal or security obstacles are often exaggerated. Technologists have a knack for finding legal and security constraints when they want to find them, and being ignorant of them otherwise. These obstacles impede the adoption of cloud-based services, especially when it involves sensitive data like that relating to fraud. So if my business is going to send useful data to an outside company, I want to get the maximum return for sharing that data. That means the cloud-based provider should be telling me useful things based on the data they receive from other telcos, in exchange for letting those telcos benefit from my data. This is an obvious potential selling point for a cloud-based anti-fraud service. And yet, much to my annoyance, WeDo do not want to sell their service like this.

I could make the same argument a different way. Have you ever been to a conference where a speaker has spent a long long time telling you that telcos should collaborate more to fight fraud, without specifying how that collaboration might occur? Are you conscious of police forces that want you to share fraud intelligence with them, so they tell you to fill out the standard forms they created for that purpose, even though this will consume a lot of your time and they never tell you what they did with your data? Are you familiar with any organizations who charge you for the privilege of letting them have your data, so they can maintain a master blacklist spreadsheet somewhere? I cannot be alone in realizing that cloud-based automation of data processing could streamline these tasks as well, reducing the costs of sharing data and presumably increasing the number of parties willing to share data.

WeDo has a lot of customers. Why not leverage their combined data? And why not offer the benefits of that combined data to smaller telcos experimenting with a cloud-based service for the first time? Fraud hurts all telcos; if another telco cuts the flow of money to fraudsters, that means those fraudsters have less money to spend on attacking my telco. We run networks; we should understand how to use network effects to our advantage. We all say we should be working together, but businesses like WeDo are missing a golden opportunity to automate the process of sharing fraud intelligence.

Technology businesses can make good profits by providing a marketplace for data alongside their other products and services. WeDo is not the only RAFM business which has hinted at the potential to lever the combined data of multiple telco customers. However, they prefer gentle hints to a proper sales drive. WeDo is not the only vendor that remains too conservative. If you are going to encourage telcos to use the cloud, you might as well pitch the benefits of sharing data with other telcos. If the user of a cloud-based service presses a button to upload the telco’s data, why not give him or her a button to approve the sharing of intelligence too?

I believe that the failure to leverage data across customers is the worst mistake that WeDo are making. It hurts them, and it hurts those customers who would gladly embrace crowdsourced fraud intelligence. WeDo’s mistake is especially heinous because the businesses with greatest market share should seek to exploit that advantage to the full. If only a minority of customers approve of automated intelligence sharing I can still argue that WeDo should support their objectives. Furthermore, I expect that the relative success of those customers would soon force a change of thinking amongst fraud managers who currently oppose intelligence sharing. Instead of assuaging the doubts of those telcos who want to move slowly, WeDo should press ahead. They are running a business; they should aim to sell more, and to do so as rapidly as possible. People keep saying data is a business asset. Then let us treat RAFM data the same way, with businesses like WeDo offering automated intelligence sharing that extracts the maximum value from their customers’ collective assets.