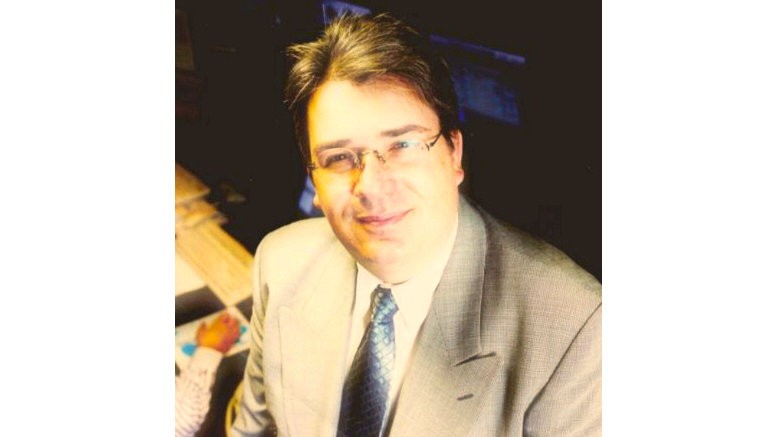 Paul David (pictured) is the new Chief Commercial Officer of Revector, but unlike many of the disruptive players he encounters, Paul is a telecoms veteran. He has worked around the world, for such diverse operators as PCCW, Colt, Cable & Wireless and Kcom. Paul called me recently to warn about a new and growing problem for telcos… to which nobody has yet offered a solution. And that problem will get worse each year, because it is caused by the rising popularity of disruptive OTT players in the communications market. Though Revector is not ready to go public yet, their customers have become aware of increasing volumes of OTT bypass traffic – where part of a call is carried by an OTT provider and terminates on the customer’s smartphone. The result is a reduction in traditional traffic, a lowering of revenues, a rise in data traffic, and a rise in capital costs. In short, OTT bypass represents a perfect storm for traditional network operators and their business model. So what exactly is OTT bypass, why does it pose such a threat, and how should operators respond?

What is OTT bypass?

We are all familiar with the idea of bypass, and are aware of how fraudsters use technology like simboxes to create opportunities to undercut telcos and provide cheaper services to retail customers. End users are probably unaware of how the call is routed, and the impact on the quality of the service. The services are mostly unlawful, and it is up to fraud managers to detect and block them. Sometimes fraud managers work with a country’s law enforcement agencies to prosecute the fraudsters responsible.

We are also familiar with OTT communications services, where somebody uses software from providers like Viber, Google Messenger, or Skype, to speak and text their friends via their fixed-line ISP or their mobile data subscription, instead of paying a traditional usage charge. Though a few countries have tried to criminalize VoIP, these OTT services are generally legal. You might think of them as ‘bypassing’ the network provider, but the customer does not think like that. Referring to them as ‘bypass’ is overkill, because we already describe them as ‘over the top’. If I have Viber installed on my handset, and you have it on yours, then nobody is misled about what is happening. We both pay our bills to a telco that provides us with limited or unlimited data usage. We know that if we talk to each other, this is going over the top of the data network. So nobody is cheating anybody, and no customer is being misled.

OTT bypass is a hybrid of the illegal bypass model with the legal OTT model. Consider a scenario where the call originates on the A-party’s traditionally networked device, but terminates on the B-party’s device via the OTT software it runs. The person who originates the call may think they are paying for a call to an ordinary telephone number, but what they get is quite different. And because smartphones are portable computers, it may not be that obvious to the recipient that there is a difference between answering a traditional call and receiving a call which has come to them via OTT bypass.

Consider it this way: suppose you pay 15 dollars monthly subscription to a mobile phone network, where obviously you expect to be able to receive an unlimited number of traditional calls at no extra charge. You also pay an additional 10 dollars for a limited data plan. Would you be happy if somebody called your mobile number, but you received it like it was an OTT call, and thus consumed some of your data allowance?

The reason why OTT bypass is occurring is because OTT providers are offering to terminate traditional calls to their subscribers as an alternative to ordinary call termination. Let us imagine a hypothetical but realistic scenario. Suppose the OTT provider has a million subscribers in a particular country, named Oatieland (geddit?). The OTT provider can offer a deal to an international carrier, saying they will terminate calls to all mobile phones in Oatieland for 5 cents less than any rival. They can make this incredibly good offer because it costs them nothing to terminate the calls to their one million OTT service subscribers. Even if Oatieland has another million mobile phone customers who do not have OTT software installed, it suits the OTT provider to pay a regular price to another network who will terminate those calls. As a result, the OTT provider earns a profit whilst driving down the prices paid to traditional networks, effectively undermining their competition.

Why does OTT bypass pose such a threat?

When the carrier services team in an international telco receives a deal like that offered by the Oatieland OTT provider, they may find it too good to ignore. After all, Oatieland OTT is 5 cents cheaper than everyone else, and all the calls will still get connected. However, what goes around also comes around. The international telco gets a lower price, but the OTT providers in their country can also undercut and take away their terminating traffic.

Unless carriers devise a strategy to counter OTT bypass, they face a future where they are all caught in a vicious downward circle. The operator drives down costs by doing OTT termination deals. Their rivals respond in kind. They each make less and less from terminating calls, because more and more traffic is being terminated by the OTT providers. This would be a disaster for traditional carriers.

Whilst voice and SMS revenues may be in decline, nobody wants to speed their demise. At the same time, the big challenge faced by the industry is paying for the investment in data networks to match the growth in data traffic. It makes no sense for carriers to give a profitable reward to OTT providers for speeding the migration of traffic to those data networks!

OTT bypass will also be a problem for many governments that tax international call termination. Unlike a simbox fraudster, the OTT provider need not break any law. That is because no rule prevents OTT traffic being handled just like… OTT traffic. Law enforcement agencies in the country probably will not know how the call originated, and even if they do, the OTT service is legal whether handling national or international comms. OTT bypass might also pose a problem for law enforcement where they have the technology to perform surveillance on traditional calls, but not on OTT comms.

Worst of all, OTT bypass can be bad for ordinary customers. Some customers may benefit from lower prices – if carriers pass on the benefit of lower wholesale charges. But other customers are already being cheated.

The originating party may expect a certain quality of service when dialing an international telephone number. When making the call, the customer is consciously choosing not to use Skype or Viber. However, the OTT leg of the call is now being forced upon the customer, at a lower quality, just so the phone company and the OTT provider can increase their profits. This takes place without the customer knowing what has changed, or consenting to it.

Furthermore, the terminating user finds their data allowance is being consumed. Are they happy that they now have to pay to receive calls on their mobile phone? If Oatieland OTT corners the market, and handles all the traffic from certain countries, the recipient has only the stark choice between paying to receive calls from their overseas relatives, or uninstalling the OTT app.

The threat of OTT bypass will be driven by the rising popularity of smartphones. Global smartphone penetration is predicted to rise from less than 10 percent in 2011 to over 36 percent by 2018. Penetration will continue to accelerate as cheaper handsets become available.

The problem is also exacerbated by a chink found in the armor of most telcos. OTT bypass is an issue that many operators will find hard to identify, and even harder to counter. Though they work in a fast-moving environment, telcos notoriously struggle to change the allocation of responsibilities to address new risks. The issue of OTT bypass falls into no man’s land per most organization charts.

To illustrate the problem with OTT bypass, consider the early days of simbox fraud. Those who were around will know that telcos sometimes were slow to identify the problem of simboxes being used to terminate grey traffic, especially if the fraudster paid their bill. That is because nobody knew they should be detecting and responding to the problem, but somebody else in the telco was happy to sign-up new ‘customers’ who were generating large volumes of new mobile traffic! People only saw pieces of the overall puzzle, and the pieces they saw were generally positive, not negative. So whilst Cheatbagcom was paying hefty bills for the 200 SIMs they had just purchased, nobody sat down and realized there were overloading a single mobile antenna. In the worst case scenario, the sales function would congratulate themselves for signing a great new customer, whilst the network team would spend money on increasing network capacity to cope with the undesirable traffic which had been routed around an international gateway.

The risk of OTT bypass is also amplified by the danger of telcos taking a piecemeal view. They do deals with OTT providers to get lower costs on termination. They lose the termination of traffic to OTT providers. Revenues collapse, data network costs rise… but who is responsible for a strategy to respond? Who even has the responsibility for measuring the scale of the problem?

Sometimes slow-witted telcos are saved by governments and regulators. Even if the telco is badly run, the need to comply with the law forces them to deal with painful issues, like simbox fraud. But the telcos will receive no help from governments or regulators in this instance. OTT bypass is not against the law. Worse still, some public servants will welcome OTT bypass because it appears to lower costs for end users.

How should operators respond to OTT bypass?

When Paul called me, I soon realized I had no answer to this question. Governments could try to criminalize OTT services, but that would be incredibly negative and unpopular. Telcos cannot arbitrarily block OTT services. The OTT service is not illegal, but blocking it might be. Informed customers are increasingly conscious of net neutrality, and there are grave risks with ‘protecting’ customers from certain kinds of cheap and popular services if the customers do not feel the need to be protected.

So what can operators do to counter OTT bypass? Paul told me that Revector has been working with their customers to develop both the technology, and a complementary legal strategy, that will discourage the growth of OTT bypass whilst promoting the benefits of traditionally-routed calls. But to learn what Paul has in mind, you will need to read my follow-up article, which I will publish next week!

Disney Woes Reveal the Weak Side of OTT Players

Do You Want to Advertise on Commsrisk?