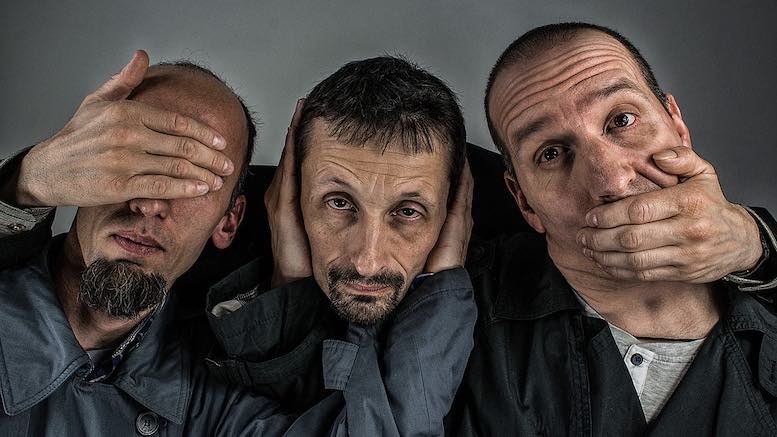 Regular readers will have seen my previous articles about bribery and corruption in telecoms. The companies involved have suffered damaging publicity, share prices have plummeted and billions of dollars have been paid in penalties. But fraud and bribery offences are not committed by companies, they are committed by people. There have been comparatively few telecoms corruption prosecutions and most have targeted the middle-men who actually handed over the bribes, because it is easier to prove the guilt of those making and receiving the payments. Where did that bribe money come from? Who authorised the budget from which that money came and who authorised the payments? Once you go higher up the food chain it seems to be much harder to show who did what and when. But why is that? Why hasn’t the law, or the businesses affected, pursued the executives who are the root source of the money used for bribes? I thought it was time to look at who is really accountable.

Both the Chief Executive Officer (CEO) and Chief Financial Officer (CFO) are responsible for ensuring that business systems and processes protect the company’s assets. It is their job to satisfy legal and regulatory obligations, including those designed to prevent bribery, corruption and money laundering. Employees and contractors who commit fraud are responsible for those offences and are liable to prosecution. A CEO does not need to be involved in acts of fraud and corruption or have knowledge of them because they remain accountable for everything done by the business, including the fraudulent and corrupt business practices pursued by employees. In the same way, the CFO is the custodian of all business assets and is accountable for the systems and processes which manage and control them. This makes the CFO responsible for financial integrity, or the lack of it.

The details vary across the world, but in general, board members are subject to similar fiduciary duties, including:

Bear these in mind as you decide whether executives have used reasonable care, skill and diligence to protect the shareholders interests in the following examples.

Kurt Hellström was CEO of Ericsson from 1999 to 2003, and there was some excellent investigative journalism which examined Ericsson’s activity during this period. When I ran through the various bribery allegations in 2017, this is what I found:

The asterisk against ‘Yes’ in the ‘Evidence’ column relates to allegations that had progressed to legal proceedings, so I’m assuming that evidence was submitted as part of the process. For the most part, the evidence and testimony considered in those proceedings isn’t publicly available, but we do know what happened in Greece, where Kurt Hellström stood trial for bribery and money laundering.

In April 2014, Sveriges Radio broke the story of Ericsson whistleblower Liss Olof Nenzell. Nenzell had established Ericsson’s ‘World Commission Scheme’, a complex and opaque payments structure which should have been called a ‘World Corruption Scheme’. It was reported that Nenzell handled many of Ericsson’s trade agents at the time, and that Ericsson paid over EUR10mn (USD11mn) to an agent in connection with the sale of Ericsson’s Erieye military radar system to Greece, a ten-year deal worth over EUR400mn (USD440mn). This was an important order for Ericsson as Greece was the first NATO member to buy the system. Nenzell claims the money was paid to politicians, generals and senior civil servants. Swedish Radio News reported they had obtained secret internal documents from Ericsson, including two payment orders for USD13.8mn from January 2000. The documents had been signed by two senior managers at Ericsson. Sveriges Radio also reported that Antonis Kantas, a senior manager at the Department of Defence, had admitted receiving more than USD15mn in bribes from big corporations in relation to arms contracts, including a bribe from Ericsson’s agent in Greece.

In March 2017, the prosecutor recommended that 21 accused, including eight Swedes, should stand trial for bribes relating to the purchase of defence equipment, including the Ericsson flight radar. In 2020, Sveriges Radio reported that the Greek agents and intermediaries hired by Ericsson and Saab were sentenced to prison terms of between 4 and 10 years for money laundering, but eight former Ericsson and Saab executives were acquitted, including Kurt Hellström and Ericsson export marketing chief Bertil Hellström. Two government officials who received money from Ericsson were sentenced to 10 and 13 years in prison for money laundering.

As a consequence of changes to the corruption laws in Greece, the bribery charges against the Swedes had become time-barred; the offences were too old to prosecute. And because they were acquitted of the bribery charges, there was no primary offence to support the money laundering charges.

Ask yourself who in Ericsson instructed Nenzell to create the World Corruption Scheme? And who authorised the millions of dollars that flowed through it, year after year? Who was senior enough to approve that much money? And who else knew about it?

Let’s be very clear: former Ericsson CEO Kurt Hellström wasn’t acquitted after the evidence was examined by the court. He walked free because the clock had run down.

In 2003, there was no mention of fraud, bribery or corruption in Ericsson’s Corporate Social Responsibility Report (CSR) but the Savnberg’s introduction referred to a Code of Business Ethics and Conduct and a Code of Business Ethics that were implemented in 2004. By 2006, the CSR emphasises a top-level commitment to social responsibility and refers to instructions to report unethical or unlawful conduct, a whistleblower procedure, and an objective to have all employees complete anti-corruption e-learning in 2007.

In contrast, since 2002, Prosecutor Lage Carlström had been conducting a tax an investigation which runs through Carl-Henric Svanberg’s tenure.

In the Global Services business unit, Mats Olsson had been responsible for establishing many of Ericsson’s offices in the Far East and, under Svanberg in 2004, Olsson was appointed President of Ericsson Greater China with overall responsibility for Mainland China, Hong Kong, Macao and Taiwan, leading a regional team of more than 9,000 employees. In 2005, SvD Naringsliv reported Ericsson’s SEK7.5bn (USD750mn) investment in China over the following 5 years.

Ericsson is currently holding capital market days for investors and analysts. The event was held in Shanghai and the company’s China Manager Mats Olsson said that Ericsson’s multi-billion investment will be used both for research in China and for expanded manufacturing in Chinese factories.

By 2006, SvD was reporting that a senior manager had blown the whistle to Carl-Henric Svanberg, revealing that Olsson had business interests in an Ericsson supplier, in direct violation of company rules. SvD Business reported that Olsson had an interest in a subcontractor which had been given a virtual monopoly on delivering Ericsson in China. Svanberg responded by offering the whistleblower early retirement whilst allowing Olsson to remain in his post. Olsson continued to be employed by Ericsson in China until 2016.

A 2019 US Department of Justice (DoJ) press release about Ericsson’s guilty plea stated:

In China, between 2000 and 2016, Ericsson subsidiaries caused tens of millions of dollars to be paid to various agents, consultants and service providers, a portion of which was used to fund a travel expense account in China that covered gifts, travel and entertainment for foreign officials, including customers from state-owned telecommunications companies. Ericsson used the travel expense account to win business with Chinese state-owned customers. In addition, between 2013 and 2016, Ericsson subsidiaries made payments of approximately $31.5 million to third party service providers pursuant to sham contracts for services that were never performed. The purpose of these payments was to allow Ericsson’s subsidiaries in China to continue to use and pay third party agents in China in contravention of Ericsson’s policies and procedures. Ericsson knowingly mischaracterized these payments and improperly recorded them in its books and records.

Who authorised the millions of Ericsson dollars that were paid on sham contracts? Who was senior enough to approve that much money? And who else knew about it?

In June 2021, Expressen reported that Olsson had been questioned on suspicion of being involved in Ericsson’s bribery in Asia. Expressen noted Olsson’s close connections to former CEOs Hans Vestberg and Carl-Henric Svanberg, as well as to the current CEO Börje Ekholm. Prosecutor Leif Görts said that more people may be questioned. Do you think one of those people should be Carl-Henric Svanberg?

In 2009, Svanberg ended his term as President and CEO at Ericsson. He moved on to his new position as Chairman of British Petroleum, where he soon found himself overseeing the Deepwater Horizon disaster. Svanberg’s track record has not hindered his career, as he later returned to Sweden to become Chairman of Volvo.

Two more non-stick CEOs will be the subject of my next article about the telecoms sector and its inadequate commitment to fighting corruption.