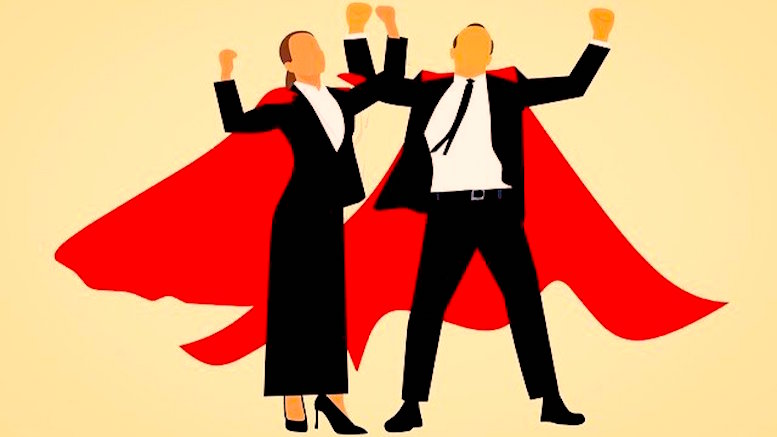 2020 has been a terrible year, and we owe thanks to the many unsung heroes who have braved its ravages or worked tirelessly to return life to normal. Doctors, nurses, scientists, front-line workers and many others have come into focus as the rest of us reflect on how much we need them. The telecoms industry has also had its share of heroes, and the engineers who kept networks running under difficult circumstances deserve a special mention. Whilst the pandemic will dominate histories of 2020, we should also remember the good that happened this year. For the telecoms risk and assurance community it was a relief to see the Hall of Fame finally come to life, with the Steering Committee of the Risk & Assurance Group (RAG) choosing to induct a string of professionals who are respected around the world. Sadly there were some who never witnessed the appreciation they merited because their inductions only occurred posthumously. We should not tolerate such delays in future.

I have no desire to compete with the Hall of Fame, which is bringing some much-needed integrity to the process of recognizing the most important contributors to our profession, but my ego and impatience compels me to continue with the cheeky annual ‘Unsung Hero Awards’ I have single-handedly judged since 2018. The end of the year is a good time to reflect on the debts of gratitude owed to specific individuals who did not receive enough thanks during the last twelve months. These unsung heroes deserve more than a pat on the back; I hope it will not be long before I can at least give them that.

The words ‘leader’ and ‘leading’ are used a lot, often in the context of who has the greatest market share. However, a literal leader is someone who goes ahead of others in order to demonstrate the way forward. That form of leadership takes courage; some fear making a public mistep more than irrelevance. Morgan Ramsey confirmed his status as one of our profession’s leaders during 2020. Morgan’s role in managing fraud for Vodafone Group saw him choosing to actively and freely share his company’s intelligence with other telcos through the RAG Wangiri Blockchain. He acted without hesitation, recognizing the goal was to reduce crime for ordinary people everywhere. Vodafone was the first major international telecoms group to join the anti-wangiri consortium, but not the last. Over 80 businesses now use the blockchain to exchange intelligence, with the production version entering service at the beginning of the year. This shows how rapidly we can make progress with individuals like Morgan in the lead.

For Grace under Pressure: Ramya Raj

Ramya has worked in Subex’s marketing function since 2013, and so is responsible for ensuring her business is always presented in the best light. Although Ramya prefers to stand in the wings whilst pushing her Subexian colleagues to the fore, she is one of her company’s hidden gems. I believe I have known her for almost as long as she has been with Subex, which is why I can confirm that her unsung hero award is overdue. During those years Ramya has been unfailingly charming and attentive to the needs of everyone around her, whether they are customers who require help to attend Subex’s user conferences, or grouchy demanding speakers like me. A job like hers is stressful, and there has been additional turmoil this year. You would never know this from the way she tackles her work; Ramya graciously puts the needs of others ahead of her own. A community is strong if its foundations are dependable, and Ramya is a cornerstone of our community.

Nobody would have predicted that a pandemic would ruin many of RAG’s plans for 2020, and the financial stress that would result. And I would not have predicted that RAG Learning, the free online training platform, would find a sponsor just one week after a casual conversation about searching for new sources of income to offset the problems created by COVID-19. The importance of online education has been underlined by this crisis. Steffen Öftring, a member of the RAG Steering Committee, immediately promised his business, SIGOS, would provide the financial backing needed to cover the regular running costs for RAG Learning. The terms of the sponsorship agreement were concluded barely a week later. I have rarely seen anyone in business acting so rapidly to benefit the community as a whole. Steffen Öftring is that kind of man. He thinks of the good of others and keeps his promises, without seeking praise in return. That makes Steffen even worthier of praise.

Before international travel was disrupted there was one CEO who maintained his amazing track record for attending RAG conferences. Atul Jain, CEO and founder of TEOCO, joined us at RAG Delhi this February. He has previously attended RAG conferences in Australia, Germany, South Africa, the UK, and the USA, where he lives. The CEOs of some vendors do not take phone calls from their customers; Atul not only likes talking in person to telco employees wherever he goes, he will also share his advice with other vendors too. Companies can provide an engine for change, and Atul Jain has assembled a thousand-strong workforce that serves not just 300 businesses but also a vision for how we can all do better. TEOCO celebrated the 25th anniversary of its foundation in January, and there were doubtless many colleagues who congratulated Atul during the birthday party held at the National Portrait Gallery in Washington DC. But as somebody who does not work for TEOCO, I also want to thank Atul on behalf of the vendors and telcos who appreciate his moral approach to doing business.

For Stealing Victory from the Jaws of Defeat: Matthew Carter

When Matthew Carter agreed to become RAG’s Head of IT he was aware that he would be responsible for the launch of RAG Television. He did not know that the technology would need to be robust enough to withstand 20 hours of streaming across the two-day virtual conference that replaced RAG London. The technology worked without interruption, and successfully served a global audience of 2,000 live viewers. After making a superhuman effort to ready the technology for that event, Matthew repeated the feat for RAG Americas Online, thus providing an essential platform for the largest ever telecoms RAFM survey. The mind boggles at what telcos might accomplish if their IT departments were only staffed with people as hard-working and ingenious as Matthew. He literally saved the show this year, turning potential disaster into some of RAG’s finest moments.

Why RAFM Is a Safety Helmet for Telco Revenues

New Course on RAG Learning: How to Run a Facilitated Risk Assessment Workshop