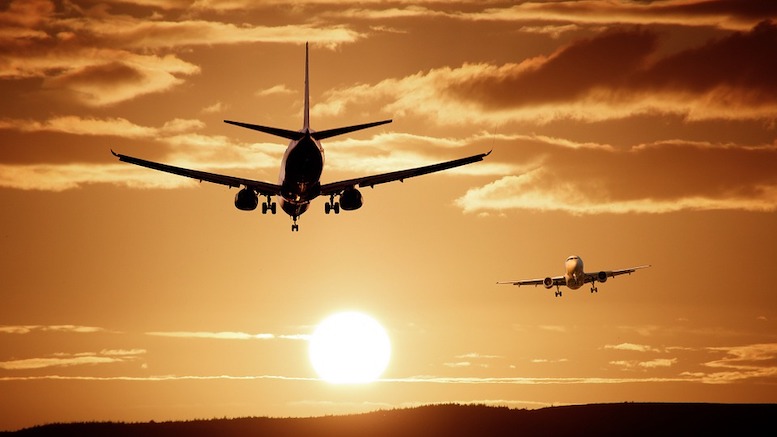 Regular readers of Commsrisk know I have a low opinion of politicians. And yet, I have discovered new levels of cynicism as a consequence of two branches of the US government conspiring to delay the rollout of 5G infrastructure for another two weeks because of a continuing argument about the impact of 5G radio waves on aviation safety despite already wasting 10 months that should have been spent on identifying a solution. But instead of apologizing to telecoms employees, investors and the public over the hapless incompetence of public officials, US President Joe Biden thanked his underlings for their ‘tireless work’.

People can argue about when the US government should have first learned of concerns that 5G networks using the C-band spectrum might interfere with electronic instruments in modern aircraft. But for the sake of argument, the US government should surely have become responsible when it decided to sell that radio spectrum to the telecoms industry. A government that decides to sell something dangerous is a government that does not understand how to protect people from harm. The February auction of C-band spectrum generated USD81.11bn for the government, with Verizon spending USD45.45bn, AT&T spending USD23.41bn, and T-Mobile US spending USD9.34bn. To be clear, we are talking about billions of dollars, and a total expenditure on licenses that is worth slightly more than the GDP of Sri Lanka or about one-third of the GDP of Portugal. This is what Jessica Rosenworcel, Chairwoman of the Federal Communications Commission (FCC), the US comms regulator, said about the auction result in February:

We need to deliver the 5G that the American people were promised. That means a 5G that is fast, secure, resilient, and — most importantly — available across the country. This important auction is a crucial step toward making that a reality.

However, the auction is not much of a step towards delivering 5G if another branch of government says the spectrum which the FCC sold is unsafe to use. By late December Rosenworcel still had not had an effective conversation about 5G safety with her counterparts at the Federal Aviation Administration (FAA), prompting Boeing and Airbus to write a letter to the US government warning that new C-band 5G services “could adversely affect the ability of aircraft to safely operate”. This was despite AT&T and Verizon already voluntarily allowing another 30 days to address safety concerns by delaying their network rollout to January 5, 2022.

On January 1, with just a few days to go until the revised date for the rollout, the US Secretary of Transportation, Pete Buttigieg, wrote to Hans Vestberg, CEO of Verizon, and John Stankey, CEO of AT&T, to plead for another postponement. This is how Buttigieg’s letter began.

Thank you for the ongoing dialogue and for your prior agreement to an initial 30-day delay as we work to find a solution that will provide confidence that 5G C-Band and aviation will safely coexist in the United States. We recognize the significant investment your companies made to launch 5G C-band service, and the importance of expanding 5G service for the American economy. At the same time, absent further action, the economic stakes for the aviation industry and the disruptions the traveling public would face from commercial launch of C-Band service on January 5 are significant…

…will force the U.S. aviation sector to take steps to protect the safety of the traveling public, particularly during periods of low visibility or inclement weather. These steps will result in widespread and unacceptable disruption as airplanes divert to other cities or flights are canceled, causing ripple effects throughout the U.S. air transportation system.

Buttigieg then begged the telcos for more time.

…we ask that your companies continue to pause introducing commercial C-Band service for an additional short period of no more than two weeks beyond the currently scheduled deployment date of January 5… During this time, the FAA will review information relating to the size of the buffer zone around critical airports and will seek to reduce the size when safely able based on data from aviation manufacturers. The FAA will make every effort to complete this work as expeditiously as possible.

At first it seemed that Verizon and AT&T would press ahead, but then they relented and agreed to the short moratorium, whilst strongly signaling they will not contemplate another if the safety review is still incomplete on January 19.

Telco executives have to be patient with governments because the profitability of their companies is overwhelmingly determined by how much governments let them charge for services, what burdens are placed on them by government, the cost of licenses, access to land, restrictions on suppliers they can use, and so forth. Nevertheless, the patience of Verizon and AT&T must have been strained to the limit by this mess, which explains why US President Biden issued a public statement thanking them for their decision to delay. But Biden could not thank the telcos without also thanking the gaggle of nincompoops who were responsible for creating this mess.

For the last few months, my Administration has been convening technical experts at the FAA, the FCC, and from the wireless and aviation industries to discuss a solution that allows the expansion of 5G and aviation to safely co-exist, and I am pleased those efforts helped produce yesterday’s agreement. I want to thank Secretary Buttigieg, FAA Administrator Dickson, and FCC Chair Rosenworcel, as well as AT&T and Verizon and airline industry leaders, for their tireless work to ensure that the expansion of 5G and aviation can safely co-exist.

You can judge for yourself how much FCC Chair Jessica Rosenworcel contributed to this outcome by reading the entire length of her own statement about the delay.

Last night’s agreement provides the framework and the certainty needed to achieve our shared goal of deploying 5G swiftly while ensuring air safety. It was made possible by the FCC, DOT, FAA, the wireless companies, and the aviation industry working together to share data, bring together technical experts, and collaborate in good faith to ensure the coexistence of wireless and aviation technologies.

Rosenworcel could offer only 62 words of consolation for yet more 5G delays, with most of them copied-and-pasted from the statement issued by the President that appointed her. Back in February Rosenworcel was boasting that the spectrum auction showed the FCC was meeting government targets described in the comically-titled Beat CHINA for 5G Act. And yes, they actually spelled the name of China IN CAPITAL LETTERS as if they were shouting at them.

When the US government charged billions of dollars for radio spectrum this was presented as evidence that the USA is technologically ahead of China, but when the US government needs to delay the actual use of that spectrum there is no mention of an international race to deliver 5G services. All of which proves the US government is the only entity on the planet that can charge USD81bn for thin air and still not deliver it on time.