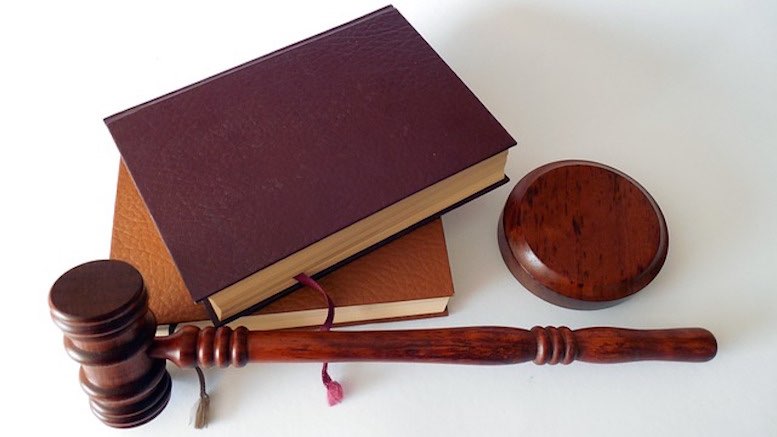 One of the most controversial proposals in the European Union’s draft Directive on copyright in the Digital Single Market is Article 11, the provision that would introduce new rights for press publishers to restrict use of their content by websites. But now it seems that Germany, the country which is most eagerly pushing the EU to adopt this fundamental change to copyright law, may have botched the implementation of the domestic version of this law.

The EU proposal follows legislation that has a similar effect in both Germany and Spain. However, the two countries adopted different mechanisms: Germany gave publishers a new related right, whilst Spain amended an exception for quotations.

Germany was the first country in Europe to introduce a new related right in favour of press publishers. This is aimed at giving them control over third-party unlicensed use of their content. The legislation was adopted to protect the European press from constantly declining revenues.

Sections 87f-h of the German Copyright Act (UrhG) provide for a right of press publishers to exploit their content commercially for one year, thus preventing third parties from quoting press content (other than single words and very short excerpts) without paying a fee.

The German press publishers’ right is waivable. Apparently a significant number of publishers in Germany have decided to waive it in favour of indexation by news aggregation services like Google News, which became opt-in, rather than opt-out, in the immediate aftermath of the amendment to the UrhG.

Litigation has ensued in Germany over the actual enforceability of the right. In the context of litigation between the collecting society responsible to collect royalties in favour of publishers (VG Media) and Google, the latter has been arguing that the German right would not be enforceable because the German Government did not notify the EU Commission of this initiative, as required for ‘technical regulation’ under Article 8(1) of Directive 98/34. Apparently the German Government failed to notify the Commission because of impending elections in Germany.

As early as 2015, Bo Vesterdorf, former President of what is now the General Court, argued that both the German and Spanish initiatives would be unenforceable due to the failure to notify the EU Commission.

The court before which these proceedings are pending, the Landgericht Berlin, decided in 2017 to make a referral to the Court of Justice of the European Union (CJEU) and seek guidance on the very point of missed notification. That case is now VG Media, C-299/17.

New Advocate General (AG) Gerard Hogan has now issued his Opinion on the case. He advised the CJEU to rule that the German Government should have notified the Commission. Failure to comply with this obligation means that the right is unenforceable.

Let’s see how the AG reasoned.

The German related right as a ‘technical regulation’

The AG noted that the key provision to consider is the one in section 87g(4) UrhG, because this provision curtails or restricts the provision of services provided by internet search engines like Google:

The AG drew an analogy with Berlington Hungary and Others, a case in which the CJEU held that Hungarian legislation which restricted the organization of certain games of chance to casinos would be a ‘technical regulation’ within the meaning of Article 1(11) of Directive 98/48 (which amended Directive 98/34) only insofar as it could significantly influence the nature of the products or the marketing of the products. That would be so in a case like the one at issue, because a prohibition on operating slot machines outside casinos could significantly influence the nature or the marketing of the products used in that context, which constitute goods that may be covered by Article 34 TFEU, by reducing the outlets in which they can be used.

According to the AG, in the present case the same could be said:

…the provisions of Paragraphs 87f(1) and 87g(4) of the UrhG could have the effect of significantly affecting the nature or marketing of these internet services by exposing the operators of search engines to either a prohibitory order or a claim for damages where the internet search enables the reader to access more than a few words or a very short excerpt from the press product in question. It is striking that there is no similar prohibition or the potential of legal liability in the case of other members of the public (including commercial operators who do not come within the saving exception provided for in Paragraph 87g(4) of the UrhG) accessing or using this press product. A new legislative measure of this kind clearly has the potential to affect the provision of services for press products, thus potentially engaging the application of Article 56 TFEU.

In these circumstances, I consider that Paragraphs 87f(1) and 87g(4) of the UrhG amount to a technical regulation within the meaning of Article 1(11) of Directive 98/34.

The AG also noted that, while copyright protection falls within the scope of Article 17(2) of the EU Charter of Fundamental Rights and EU legislation (including the Enforcement Directive) seeks to establish a ‘high level of protection’, this is not absolute. The CJEU has in fact clarified that, especially in the context of injunctive relief, the fundamental rights of others, including the freedom of an intermediary to conduct its own business (Article 16 of the Charter), must be also considered. All this requires a fair balance of different rights be achieved.

Having established that the German right could be considered as ‘technical regulation’, AG Hogan also found that it:

All this means that the German Government had a duty to notify the EU Commission.

The rationale of the German right

The AG also discussed the aim underpinning the initiative of the German legislature. He accepted that the advent of the internet has deeply unsettled traditional business models:

It would be foolish and naïve not to recognise that the traditional commercial model of newspapers right throughout the Union — sales and advertising — has been undermined within the last 20 years by online reading of newspapers by consumers, which practice has in turn been facilitated by the advent of powerful search engines such as that operated by the defendant.

On the other hand…

…none of this means, however, that a Member State is entitled to by-pass the notification requirements of Directive 98/34. Nor does the fact that notification of such a legislative proposal is required by the directive in itself mean that the draft legislation is necessarily defective or objectionable from the standpoint of the internal market.

Should the CJEU decide to follow the AG, the judgment would have formally important consequences as far as the German right is concerned. Substantially, the impact might not be too significant in Germany, given the fact that a significant number of publishers have been already waiving their right. Also at the EU level, that is in the context of the ongoing discussion surrounding Article 11, the outcome of this referral is unlikely to be felt too strongly, especially considering the technical character of the case and the fact that the AG appeared to accept the justifications given for the German initiative, which are the same given to support the introduction of this right at the EU level.

As mentioned, Spain also pursued the same objectives as Germany, but with the significant difference that the Spanish entitlement to ‘fair compensation’ cannot be waived. Currently, Google News is not available in Spain. Yet, the Spanish Government also failed to notify the EU Commission. Should the CJEU rule in VG Media in the way suggested by AG Hogan, then the Spanish legislation could also be deemed unenforceable.