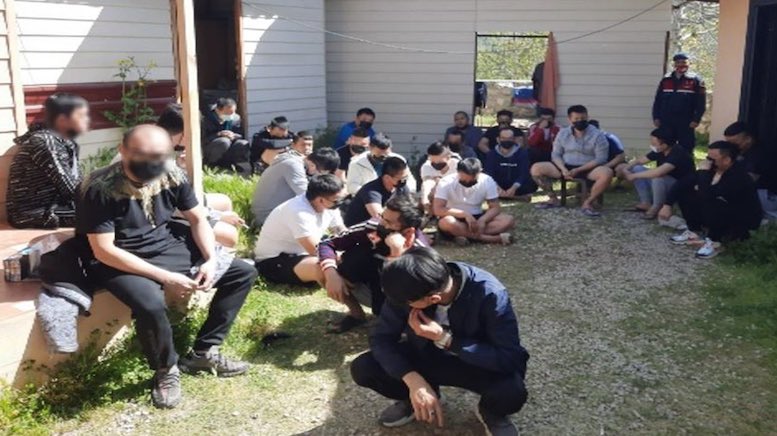 Turkey’s Gendarmerie General Command has announced the rescue of 33 Taiwanese who were illegally trafficked into Turkey to run a scam call center targeting victims in Taiwan. Nearly 100 mobile phones were reportedly confiscated, some of which were also pictured in the Gendarmerie’s tweet.

Fraudsters keep seeking to evade law enforcement in Taiwan, Singapore and mainland China by setting up call centers to run their imposter scams from other countries. Last year the Philippines promised to hunt illegal immigrants running scams aimed at mainland China. Now it seems organized criminals will travel even further in the hopes of maintaining their illegal enterprise.

A 2019 Channel News Asia (CNA) investigation of phone scams aimed at Singaporeans started by describing the rise of the ‘scam town’ of Chang Keng village in China, but ended up visiting a scam call center in Ilocos Norte, the Philippines. Their video footage of the interior of the Philippine scam center showed an operation that looked remarkably similar to the one just found in Turkey, with scammers expected to place their heads and upper bodies inside crude foam-lined boxes to deaden the sound created by them working side-by-side in cramped windowless rooms. CNA journalist Diana Ser ended her piece to camera by observing:

When I first started on this journey to find out where these scam phone calls were coming from, I naturally thought that I would end up in China, but in reality behind each phone call is an international network. While this call center has been shut down, who knows where the next one will spring up?

Would you have guessed the answer might be Turkey? I now believe the circumstantial evidence shows us a picture of kingpins who run organized criminal enterprises based on imposter fraud, wangiri and spoofing which follow the classic mafia pattern of hiring (or trafficking and imprisoning) underlings that do not know who they are really working for. The low-level crooks who are captured are dispensable, easily replaced and can be located anywhere in the world. They work for unknown bosses that sit far away and remain untouched following any raids on their call centers. This pattern will continue until both the industry and law enforcement realize that detecting and blocking scams is an inadequate strategy, and that the only real solution is to go on the attack by locating and punishing the masterminds behind these international operations.