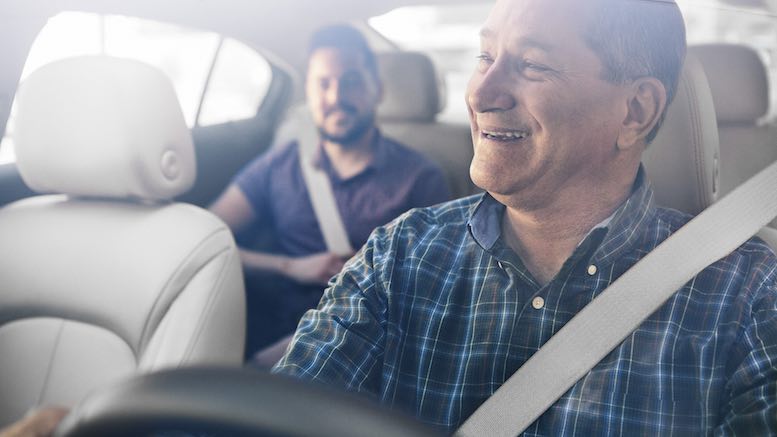 The headline may seem obvious, because Uber customers will want to be driven in a car from one place to another. But we might forget that the transportation element is only one component of a service that depends on using networked technology that brings passengers and drivers together, and handles payments for both of them. The question of whether Uber is a transport activity or an information society service was recently covered by Advocate General (AG) Maciej Szpunar of the Court of Justice of the European Union (CJEU). He gave his Opinion (full text here) in the case of Asociación Profesional Élite Taxi v Uber Systems Spain, C-434/15, a reference for a preliminary ruling from Spain (Juzgado Mercantil No 3 de Barcelona).

Depending on how Uber is classified, it can or cannot enjoy one of the founding freedoms of the EU internal market: the freedom to provide services. Article 2(2) of the Service Directive, in fact, excludes transport activities from the scope of the directive. However if Uber was classified as an intermediary between the owner of a vehicle and a person who needs to make a journey within a city, then it could be regarded as an information society service. As such, it could enjoy the freedom to provide its services and not be subject to the relevant local regulations of the various Member States regarding taxi services.

As to the final question, readers will be aware that in certain Member States there has been some resistance towards accepting that Uber can provide its services there. Significant resistance has come – among other things – from representative organisations of taxi drivers. In some Member States, in fact, taxi services are (heavily) regulated: this means that the provision of this type of service is subject to licences and authorisations.

As mentioned, this is a reference to the CJEU from Spain. It was made in the context of litigation between Elite Taxi, a professional organisation representing taxi drivers in Barcelona and Uber Spain (ie the Spanish branch of Uber).

Elite Taxi is asking a court in Barcelona, inter alia, to impose penalties on Uber Spain for engaging in unfair competition towards Elite Taxi’s drivers.

In particular, Elite Taxi claims that Uber Spain is not entitled to provide the UberPop service, because neither Uber Spain nor the owners or drivers of the vehicles concerned have the licences and authorisations required under Barcelona’s regulations on taxi services.

Since it considered that an interpretation of several provisions of EU law was necessary to enable it to give a decision in the case before it, the Juzgado de lo Mercantil n° 3 de Barcelona decided to refer a number of questions to the CJEU concerning the classification of Uber’s activity in light of EU law and the conclusions which must be drawn from that classification.

In his Opinion, AG Szpunar advised the CJEU to rule that the Uber electronic platform – whilst innovative and akin to a composite service – falls within the field of transport.

This means that Uber:

Szpunar observed in the press release:

A composite service may fall within the concept of ‘information society service’ where (1) the supply which is not made by electronic means is economically independent of the service which is provided by that means (as is the case, for example, of intermediation platforms for purchasing flights or making hotel bookings) or (2) the provider supplies the whole service (that is, both the part provided by electronic means and the part provided by other means) or exercises decisive influence over the conditions under which the latter part is provided, so that the two services form an inseparable whole, a proviso being that the main component (or indeed all essential elements of the transaction) is supplied by electronic means (as is the case, for example, of the online sale of goods).

According to the Advocate General, the service offered by Uber does not meet either of those two conditions. In that regard, the Advocate General observes that the drivers who work on the Uber platform do not pursue an autonomous activity that is independent of the platform. On the contrary, that activity exists solely because of the platform, without which it would have no sense. The Advocate General also points out that Uber controls the economically important aspects of the urban transport service offered through its platform. Indeed, Uber (i) imposes conditions which drivers must fulfill in order to take up and pursue the activity; (ii) financially rewards drivers who accumulate a large number of trips and informs them of where and when they can rely on there being a high volume of trips and/or advantageous fares (which thus enables Uber to tailor its supply to fluctuations in demand without exerting any formal constraints over drivers); (iii) exerts control, albeit indirect, over the quality of drivers’ work, which may even result in the exclusion of drivers from the platform; and (iv) effectively determines the price of the service.

All those features mean that Uber cannot be regarded as a mere intermediary between drivers and passengers. In addition, in the context of the composite service offered by the Uber platform, it is undoubtedly transport (namely the service not provided by electronic means) which is the main supply and which gives the service meaning in economic terms.

The Advocate General concludes that, in relation to the supply of transport, the supply whereby passengers and drivers are connected with one another by electronic means is neither self-standing (see point 1 above) nor the main supply (see point 2 above). Consequently, the service offered by Uber cannot be classified as an ‘information society service’. Instead, the service amounts to the organisation and management of a comprehensive system for on-demand urban transport.

Moreover, Uber does not offer a ride-sharing service, since the destination is selected by the passenger and the driver is paid an amount which far exceeds the mere reimbursement of costs incurred.

Taking account of the fact that the supply of transport constitutes, from an economic perspective, the main component, whilst the service of connecting passengers and drivers with one another by means of the smartphone application is a secondary component, the Advocate General proposes that the Court’s answer should be that the service offered by the Uber platform must be classified as a ‘service in the field of transport’.

It follows from that interpretation that Uber’s activity is not governed by the principle of the freedom to provide services in the context of ‘information society services’ and that it is thus subject to the conditions under which non-resident carriers may operate transport services within the Member States”.