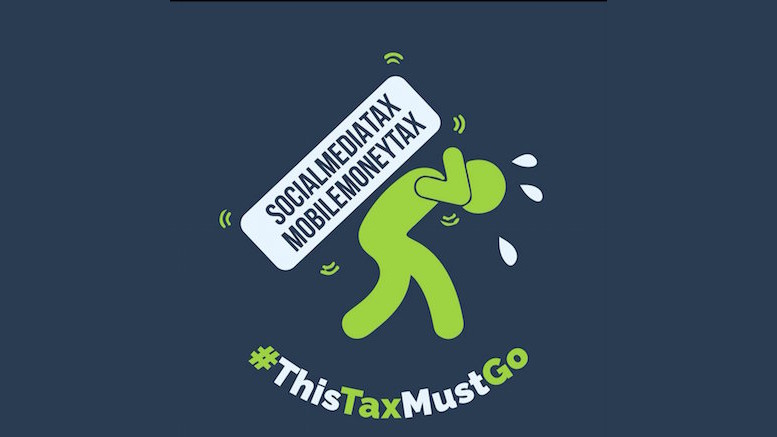 The Uganda Communications Commission (UCC), the Ugandan comms regulator, has confirmed that its new national revenue assurance monitoring system will be used to track mobile money transactions and social media activity in order to collect taxes relating to both.

The social media tax imposes a daily fee of UGX200 (USD0.05) upon anyone using social media. The mobile money tax will be worth 0.5 percent of the value of transactions “from whoever deposits, receives, pays and withdraws money using mobile money.” The collection of both taxes began on July 1st.

The new mobile money tax has already generated plenty of uncertainty, with previous reports indicating that the levy on mobile money would be worth 1 percent of each transaction. Ugandan President Yoweri Museveni later stated that the tax rate would only be 0.5 percent.

The UCC has adopted a hostile relationship with telcos over the implementation of the new taxes and the related monitoring system. ITWebAfrica quotes Godfrey Mutabazi, UCC Executive Director, as saying:

We have a solution in place and it is functional and we know how much they are earning and we do not have to beg [telcos] to tell us and they know it. We are using intelligent network monitoring system to track their revenues and government will collect the correct values based on what the system generates.

The belligerence of the regulator towards telcos contrasts with the hesitant way lawmakers are now responding to protests from the Ugandan public. The government has said it will review the unpopular taxes after police in Kampala resorted to using tear gas and live bullets to break up anti-tax protests.

MP and musician Robert Kyagulanyi, who performs using the stage name Bobi Wine, was amongst the protestors in Kampala. Like many, Kyagulanyi argues that the social media tax will deny young people the right to express their opinions, especially those critical of the Ugandan establishment. The Observer reports that many Ugandans intend to evade the taxes whilst continuing to use social media to criticize the government.

Most Ugandans have vowed not to pay the tax and installed virtual private network (VPN) software on their smartphones, allowing them to return to Twitter and Facebook and taunt the government

The hashtags #ThisTaxMustGo and #NoToSocialMediaTax have been used to rally opponents to the taxes. Kyagulanyi talked about the need to protest in critical videos recorded in both English and Luganda, one of the major languages in Uganda. The English version is below.

It is important we all stand with the Ugandans. Today it's Uganda, tomorrow it might be your country!#NoToSocialMediaTax pic.twitter.com/zDD5DW9uUr

It is now obvious that governments have taken an interest in telecoms revenue assurance because they consider it a stepping stone towards more effective and comprehensive taxation of ordinary people. They encourage public support for expensive national RA monitoring systems by insisting this will lead to increased collection of taxes from ‘rich’ telcos who they accuse of underreporting their traffic. They want to monitor the traffic directly, even though every other business in the world is audited by reviewing the money that must necessarily flow from the customer to the corporate bank account. When those new communications traffic auditing systems are in place, we are presented with no evidence that telcos systematically cheated their corporate taxes. Instead, we learn of the imposition of new taxes that are targeted directly at the customers of the telcos. Given the pervasiveness of mobile phones and internet access, this means more taxation for most ordinary people, and especially the young.

I have no doubt that the average government would like to collect their taxes quietly in the background, whilst hoping that telcos take the blame for rising prices. It is telling that the Ugandan government has already vacillated between a 1 percent and 0.5 percent tax on mobile money. Once such a tax is established, it will be even harder to rouse public opposition if the government chooses to raises those taxes by another quarter or half a percent. Customers will see their phone bill grow larger, or be conscious that their prepaid credit is consumed more quickly, but governments hope they will be confused about the reasons why. This is why I refer to these government-imposed charges as stealth taxes.

We should look closely at which members of society will have to shoulder the burden of these new taxes. Rich people will not be discouraged from using social media, and they already have political influence without needing social media, so why impose a flat tax on every social media user? Mobile money originated with the earnest desire to provide financial services to the people excluded from the banking system. Why increase taxes on mobile money instead of raising more money from established banking services that have long served the wealthy? Why is so much effort going into monitoring small transactions within a country, when repeated international scandals indicate the worst tax evaders prosper by moving huge amounts overseas? These new mobile money and social media taxes, aimed at mass communication and empowered by revenue assurance technology, will permit governments to greatly broaden their tax base. Put simply, more people can be taxed than ever before. The result is the exact opposite of government promises to focus more tax on the wealthy.

Taxing communication is always a bad idea. Communications is an enabler, freeing people to engage with democracy, and giving them the opportunity to participate in commerce. Taxing communications to grow the economy is like taxing the water used to grow crops, or taxing the education of the young. These taxes impede the development of a healthy, prosperous society. They steal wealth in the short term to damage prospects for the future. It is especially sad that expensive automated revenue assurance systems are now being used to extract more money from those at the bottom of society, increasing the division between rich and poor.

Telcos and the revenue assurance community are being used as pawns in a game of government misinformation, persuading the poorest members of society that it is in their interests to implement expensive new systems that will be used to tax them in ways that were previously impossible. Perhaps an increasingly automated and comprehensive tax system is in their best interests, because it will prevent tax evasion and simplify tax collection, ensuring everybody makes a fair contribution. If so, then let the governments make those arguments if they really believe them. We should do our best to counter the lies being told about telcos, because we are not responsible for the taxes we will have to collect from users. Governments now routinely insist that telcos are dishonest and greedy. It is our democratic duty to inform customers about who is ultimately receiving their money.