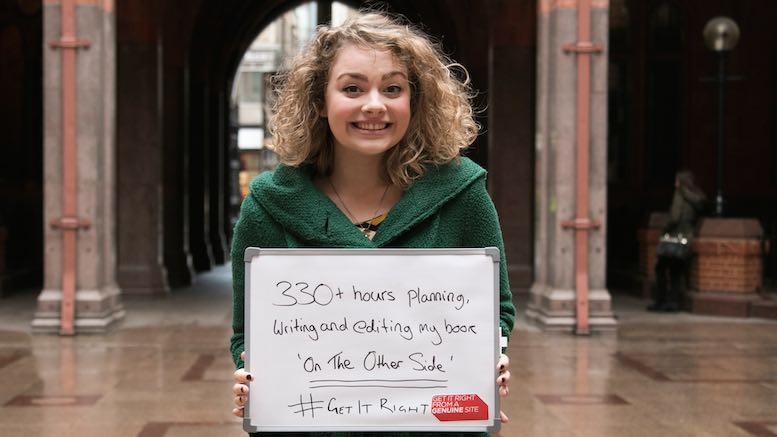 In a long-anticipated development, the UK’s biggest internet service providers (ISPs) will soon start sending emails to customers whose service is being used to abuse copyrighted content, with the aim of ‘educating’ them about legal alternatives. The goal is to discourage piracy, by making it clear that the ISPs are aware of the activity, even if prosecution is infeasible because of the standard defense that somebody other than the paying customer may be the person who is actually infringing copyright.

BT, Virgin Media, TalkTalk and Sky have voluntarily agreed to send the ‘letters’, which will actually be emailed and personalized with content like the customer’s telephone number. Recipients will be advised about Get It Right From a Genuine Site, an atrociously-named government campaign, though it can be amusingly shortened to GIRFAGS.

The godawful GIRFAGS website features various wannabes desperately flogging their own copyrighted material whilst pretending to impart wisdom about copyright infringement. One especially cringeworthy video goon (pictured above) asserts that her book…

…took 330 hours or more, right from when I started it to drafting, planning, writing and editing the final copy of it.

Which is about seven weeks of ordinary work, or about half the time it takes to write a book on revenue assurance, only to be plagued by people asking for permission to photocopy the entire thing so they can share it with the whole of their department. If telco employees working in assurance and integrity functions do not care about systematically abusing copyright, do we really expect the average teenager to do so?

This educational exercise is doomed before it already begins. Savvy pirates have already moved away from the peer-to-peer file sharing networks monitored by GIRFAGS. Other forms of communication used by pirates fall outside of the capabilities of GIRFAGS, including streaming, and direct downloads from cyberlockers. It is now cheap and easy to buy set-top boxes that run streaming media applications like Kodi, and then to install add-on software which greatly simplifies the task of finding and consuming pirated films, sports, music and other content. However, GIRFAGS is stuck in time warp when most pirates relied on P2P sharing of files.

Just as crucially, the pirates already know plenty about copyright, its infringement and the alternatives. As TorrentFreak Editor Ernesto van der Sar told the BBC:

…most pirates are already aware of the legal alternatives. They simply have no desire to pay or can’t find what they want on authorised channels.

On the other hand, BBC journalists clearly needs educating, as they had to write this correction to their own article.

Correction: A caption in this article had indicated that Kodi itself was illegal, but was meant to refer to controversy over third-party add-ons for the platform that provide access to pirated content. Kodi itself is free software designed to let users access legally owned videos, music, games and other media in a single location.

When it comes to copyright and piracy, the freeloading kids are far more knowledgeable than the institutions that have been paid to know better.