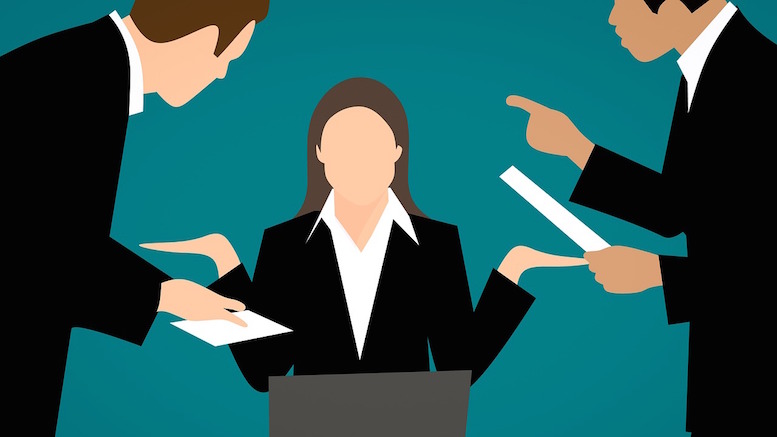 Ofcom, the UK comms regulator, has issued a GBP1.4mn (USD1.7mn) fine to giffgaff, an MVNO, in response to eight years of billing errors. Once again, the UK regulator congratulated themselves on how well they protect customers from being overcharged, whilst the gullible mainstream press proved themselves too ignorant to know any better.

The press release from Ofcom went through the same motions as the many other announcements they have made after punishing telcos for overcharging. Namely, they (1) told the public what the telco had told Ofcom (2) punished the telco for not telling Ofcom sooner (3) punished the telco for charging too much, and (4) tried to persuade idiot journalists that this will save customers from being overcharged in future. Sometimes the order changes, but these four points are reiterated almost every time a telco is fined for overcharging British consumers. I have lost track of how many announcements of this type have been made in recent years, and find it hard to believe that an increasing number of large fines is evidence that Ofcom is succeeding in their work.

The fine follows an Ofcom investigation. We found that an error in Giffgaff’s billing system led to around 2.6 million customers being overcharged up to a total of almost £2.9m.

Ofcom ‘found’ this error by waiting for giffgaff to write them a letter that admitted mistakes had been made. They did not find this error by talking to any of the millions of customers who were overcharged, or actually checking any systems for themselves.

Gaucho Rasmussen, Ofcom’s Director of Investigations and Enforcement, said: “Getting bills right is a basic duty for every phone company. But Giffgaff made unacceptable mistakes, leaving millions of customers out of pocket.

“This fine should serve as a warning to all communications providers: if they get bills wrong, we’ll step in to protect customers.”

Perhaps Ofcom’s Director of Investigations and Enforcement is completely ignorant of all the other fines that served as warnings before this one. A rational person would conclude that the repeated warnings are not working.

Giffgaff has already refunded around £2.1m to affected customers. In lieu of those customers it has not been able to trace and refund, it has donated the money to charity. Customers who consider they are still due a refund may wish to contact the company.

Would you feel protected by an enforcement regime that is so slow and reactive that many of the victims cannot receive refunds because it took too long to determine who was overcharged?

Ofcom’s fine incorporates a 30% reduction as Giffgaff agreed to settle the case and admitted the breach identified.

This is a 30 percent discount for not making Ofcom do any real work at all.

The reduced penalty also recognises that, in line with good industry practice, Giffgaff reported the matter to Ofcom promptly when it realised its mistakes, and took active steps to fix the problem and refund customers.

Note the word ‘promptly’. We will review how Ofcom uses this word before the end of this article.

Giffgaff customers can pre-pay for bundles of voice minutes, text messages and data – known as ‘goodybags’. They can also purchase pre-paid top-up credit.

Ofcom rules require telecoms providers to bill customers accurately for the services they use. But in this case, customers who bought a ‘goodybag’ bundle, while using their pre-paid credit, were overcharged.

This was because there was a delay in Giffgaff applying the bundle purchase to their accounts. It meant that any voice calls customers were making, or the data they were using at the time, came out of their pre-paid credit. These services should have been free immediately from the point the bundle was purchased – so the customers were effectively charged twice.

Giffgaff applied the ‘goodybag’ bundle to a customer’s account only once they ended the voice call they were on, or when they started a new data session – for example, by turning their phone off and back on again.

This is a shoddy error. But nothing the regulator is doing will ever identify such errors because all the regulator does is to wait for customers to complain, or for telcos to confess their sins.

During the course of our investigation, Giffgaff failed to provide accurate information in response to two statutory information requests issued by Ofcom. So we have also today imposed an additional penalty of £50,000 on Giffgaff for these contraventions.

This is confirmation of what Ofcom means by the word ‘investigation’. They wait until a telco admits they made a mistake, then they ask questions about it. If Ofcom does not receive the right answers soon enough, they issue a fine. Imagine if the police ‘investigated’ crime by waiting for thieves to confess, and then fining them if they fail to give a complete account of what they had stolen!

1. Our investigation found that Giffgaff contravened one of Ofcom’s consumer protection rules – General Condition 11.1 – between 26 May 2011 and 14 February 2019…

Yes, you read that correctly. Hidden at the bottom, in the boring notes, Ofcom says these overcharging errors began over eight years ago. But they issued a press release congratulating themselves and giffgaff for being ‘prompt’ in taking action! What is so prompt about writing a letter in 2019 asking a telco how they made a mistake in 2011?

A post on the giffgaff website from CEO Ash Schofield clarifies that Ofcom’s investigation only began when giffgaff admitted they had screwed up.

I have an update for you all on the billing issue that came to light last year, in 2018. As you know, as soon as we found out about it, fixed it, and began to refund our members, we also informed Ofcom, the telecoms regulator. Over the past year, we have been working with them as they took a closer look at the issue and opened an investigation to examine whether there are grounds to believe giffgaff charged members incorrectly.

The word ‘investigation’ should be banned in cases like these. It is an excuse to let mistakes happen, and then to clean up the mess a long time later. The only responsible and ethical way to manage the risk of inaccurate bills is to take preventative action so errors never occur in the first place.

This so-called investigation began in September 2018, and it took 10 months for Ofcom just to read and review what the telco was already doing. Consider what would have happened if giffgaff had simply decided not to inform Ofcom. Prepaid mobile customers are especially vulnerable because they do not receive good information about what they are being charged. Because of this, prepaid customers lodge so few complaints that Ofcom does not even bother to track them for their regular complaints statistics. Ofcom only tracks the complaints statistics for mobile users if they receive a bill.

The UK’s approach to billing accuracy is not fit for purpose. Ofcom increasingly sounds like a stuck record, repeating the same mantras after every big fine but doing nothing that makes it more likely errors will be spotted before millions of customers suffer. The mainstream press cannot draw attention to this pattern either; they can only repeat the words written on Ofcom’s press release because the journalists tasked with these stories never do any research and have the memories of goldfish. The result is that these fines that are not motivating change. It is fundamentally flawed to expect serious improvements when the staff responsible for errors are likely to have left or retired years ago.

The root problem of the UK’s approach to billing accuracy lies in the regulator’s hubris, coupled with a pathological inability to admit they have made mistakes. In February 2000 the Director General of Telecommunications wrote:

As a consequence, the regulator proposed the introduction of a beefed-up audit regime that would check the accuracy of telecoms charges for retail customers. In June 2000 the chief numpty responsible for the new audit regime stated:

Has Ofcom observed an ongoing reduction in accuracy complaints? No. On the contrary, the regulator is issuing more fines for charging errors than ever before, many of them to telcos who repeatedly passed the audits imposed by the regulator since the start of the millennium. And when Ofcom reviewed the effectiveness of this audit regime in 2014, what did they conclude? They wrote that it was working so well that they expected to deliver zero errors as a result of “ongoing” improvements in the way telcos charge customers and the way they are audited. Ofcom wrote this even though we are now discussing fines for charging errors that began three years before the regulator decided that zero error rates were being achieved by telcos in actual practice.

Decide for yourself: are these large fines for really old mistakes evidence that Ofcom’s approach is delivering an ongoing reduction in charging errors? Or are they confirmation that the UK regulator suffers from an ongoing delusion about its own performance?