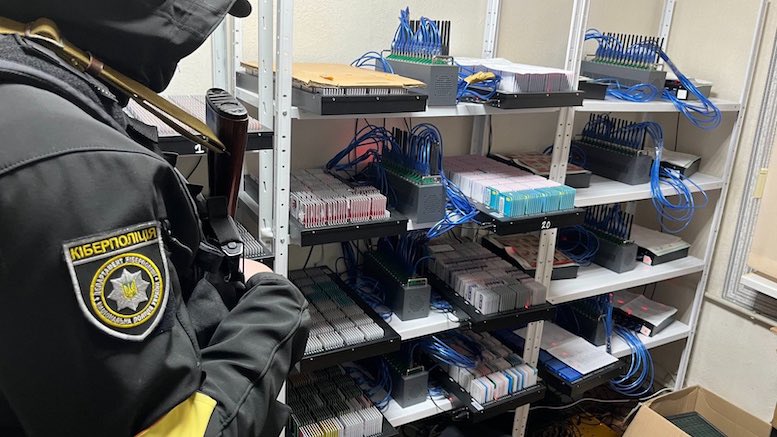 The National Police of Ukraine have publicized the result of a series of raids that seized equipment used to disseminate pro-Putin agitprop via social media, email and instant messaging services. 24 searches led to the discovery of 13 illegal bot farms managed by 31 people around the country. The police confiscated:

In addition, the authorities blocked 28 websites that were used by the bot farmers to register mobile numbers. Some of the SIMs associated with Russian mobile networks were linked to online accounts for Russian banks that had received transfers of money, though the police made no mention of the amounts involved.

Propaganda disseminated by the bot farms included justifications for the occupation of Ukrainian territory and attempts to smear members of the Ukrainian military and authorities. The police also said they obtained evidence of malware being used to infect Ukrainian phones so they would respond to SMS registration messages for online services without the phone user’s knowledge.

You can see a video showing the seized equipment below. The full text of the police announcement (in Ukrainian) can be found here.