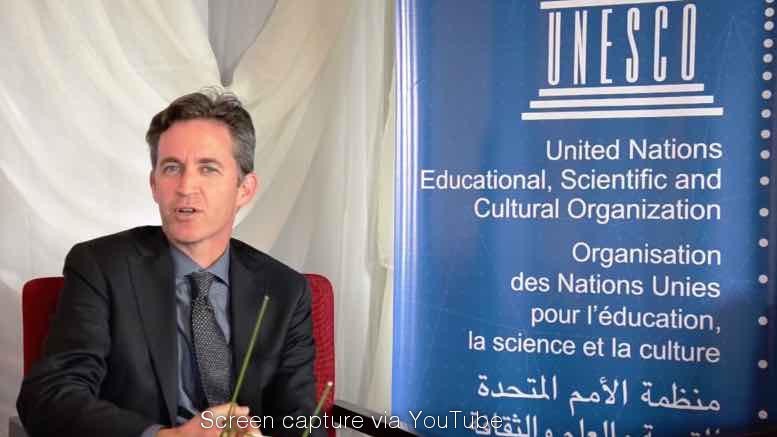 David Kaye (pictured) is the UN Special Rapporteur on the promotion and protection of the right to freedom of opinion and expression. In short, his job is to research and report about free speech. In a recent report about encryption and anonymity in digital communications, he concludes:

encryption and anonymity enable individuals to exercise their rights to freedom of opinion and expression in the digital age and, as such, deserve strong protection.

Here are some of the key findings.

Contemporary digital technologies offer Governments, corporations, criminals and pranksters unprecedented capacity to interfere with the rights to freedom of opinion and expression. Online censorship, mass and targeted surveillance and data collection, digital attacks on civil society and repression resulting from online expression force individuals around the world to seek security to hold opinions without interference and seek, receive and impart information and ideas of all kinds. Many seek to protect their security through encryption, the scrambling of data so only intended recipients may access it, which may be applied to data in transit (e.g., e-mail, messaging, Internet telephony) and at rest (e.g., hard drives, cloud services). Others seek additional protection in anonymity, using sophisticated technologies to disguise their identity and digital footprint. Encryption and anonymity, today’s leading vehicles for online security, provide individuals with a means to protect their privacy…

Some call for efforts to weaken or compromise encryption standards such that only Governments may enjoy access to encrypted communications. However, compromised encryption cannot be kept secret from those with the skill to find and exploit the weak points, whether State or non-State, legitimate or criminal. It is a seemingly universal position among technologists that there is no special access that can be made available only to government authorities, even ones that, in principle, have the public interest in mind. In the contemporary technological environment, intentionally compromising encryption, even for arguably legitimate purposes, weakens everyone’s security online.

Notably, encryption protects the content of communications but not identifying factors such as the Internet Protocol (IP) address, known as metadata. Third parties may gather significant information concerning an individual’s identity through metadata analysis if the user does not employ anonymity tools. Anonymity is the condition of avoiding identification. A common human desire to protect one’s identity from the crowd, anonymity may liberate a user to explore and impart ideas and opinions more than she would using her actual identity.

If encryption is weakened or personal data disclosed, the public has a right to know

Individuals and civil society are subjected to interference and attack by State and non-State actors, against which encryption and anonymity may provide protection… Under such an affirmative obligation, States should ensure the existence of domestic legislation that prohibits unlawful and arbitrary interference and attacks on privacy, whether committed by government or non-governmental actors. Such protection must include the right to a remedy for a violation. In order for the right to a remedy to be meaningful, individuals must be given notice of any compromise of their privacy through, for instance, weakened encryption or compelled disclosure of user data.

Free thinking can be threatened alongside free speech

The right to hold opinions without interference also includes the right to form opinions. Surveillance systems, both targeted and mass, may undermine the right to form an opinion, as the fear of unwilling disclosure of online activity, such as search and browsing, likely deters individuals from accessing information, particularly where such surveillance leads to repressive outcomes.

Comms providers have a responsibility to protect their customers

…it remains important to emphasize that “the responsibility to respect human rights applies throughout a company’s global operations regardless of where its users are located, and exists independently of whether the State meets its own human rights obligations”… At a minimum, corporations should… commit to protect human rights, undertake due diligence to ensure the positive human rights impact of their work and remediate adverse impacts of their work on human rights. In the future, the Special Rapporteur will focus on the roles corporations should play in preserving individual security to exercise freedom of opinion and expression.

Companies… should refrain from blocking or limiting the transmission of encrypted communications and permit anonymous communication. Attention should be given to efforts to expand the availability of encrypted data-centre links, support secure technologies for websites and develop widespread default end-to-end encryption. Corporate actors that supply technology to undermine encryption and anonymity should be especially transparent as to their products and customers.

United Nations entities must revise their communication practices and tools and invest resources in enhancing security and confidentiality for the multiple stakeholders interacting with the Organization through digital communications.

Governments proposing back-door access… have not demonstrated that criminal or terrorist use of encryption serves as an insuperable barrier to law enforcement objectives. Moreover, based on existing technology, intentional flaws invariably undermine the security of all users online, since a backdoor, even if intended solely for government access, can be accessed by unauthorized entities, including other States or non-State actors. Given its widespread and indiscriminate impact, back-door access would affect, disproportionately, all online users.

…other recourses are available to States to request the disclosure of encrypted information, such as through judicial warrants. In such situations, States must demonstrate that general limitations on the security provided by encryption would be necessary and proportionate. States must show, publicly and transparently, that other less intrusive means are unavailable or have failed and that only broadly intrusive measures, such as backdoors, would achieve the legitimate aim. Regardless, measures that impose generally applicable restrictions on massive numbers of persons, without a case-by-case assessment, would almost certainly fail to satisfy proportionality.

Encryption and anonymity are now a necessary component of human rights

Encryption and anonymity, and the security concepts behind them, provide the privacy and security necessary for the exercise of the right to freedom of opinion and expression in the digital age. Such security may be essential for the exercise of other rights, including economic rights, privacy, due process, freedom of peaceful assembly and association, and the right to life and bodily integrity. Because of their importance to the rights to freedom of opinion and expression, restrictions on encryption and anonymity must be strictly limited according to principles of legality, necessity, proportionality and legitimacy in objective.

[Countries] should refrain from making the identification of users a condition for access to digital communications and online services and requiring SIM card registration for mobile users.

We should all promote the use of encryption and anonymity

The use of encryption and anonymity tools and better digital literacy should be encouraged. The Special Rapporteur, recognizing that the value of encryption and anonymity tools depends on their widespread adoption, encourages States, civil society organizations and corporations to engage in a campaign to bring encryption by design and default to users around the world and, where necessary, to ensure that users at risk be provided the tools to exercise their right to freedom of opinion and expression securely.