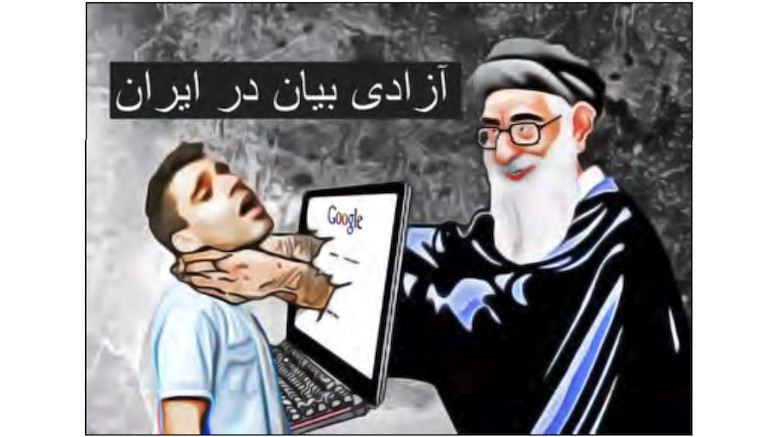 Both Facebook and Twitter have identified and closed fake profiles created by the US military that were used to influence the public in the Middle East and the former Soviet countries of Central Asia, per research conducted by Graphika and the Stanford Internet Observatory (SIO). This has prompted Colin Kahl, the US undersecretary of defense for policy, to instigate an urgent review of the use of social media for psychological operations, reports The Washington Post.

Meta, the new name for Facebook, and Twitter both voluntarily handed over data to Graphika and SIO for their independent review of social media accounts that appear to have been created by operatives working for the US military. This is explained in a recent Graphika-SIO paper entitled “Unheard Voice: Evaluating five years of pro-Western covert influence operation”.

In July and August 2022, Twitter and Meta removed two overlapping sets of accounts for violating their platforms’ terms of service. Twitter said the accounts fell foul of its policies on “platform manipulation and spam,” while Meta said the assets on its platforms engaged in “coordinated inauthentic behavior.” After taking down the assets, both platforms provided portions of the activity to Graphika and the Stanford Internet Observatory (SIO) for further analysis.

Our joint investigation found an interconnected web of accounts on Twitter, Facebook, Instagram, and five other social media platforms that used deceptive tactics to promote pro-Western narratives in the Middle East and Central Asia. The platforms’ datasets appear to cover a series of covert campaigns over a period of almost five years rather than one homogeneous operation.

These campaigns consistently advanced narratives promoting the interests of the United States and its allies while opposing countries including Russia, China, and Iran. The accounts heavily criticized Russia in particular for the deaths of innocent civilians and other atrocities its soldiers committed in pursuit of the Kremlin’s “imperial ambitions” following its invasion of Ukraine in February this year. To promote this and other narratives, the accounts sometimes shared news articles from U.S. government-funded media outlets, such as Voice of America and Radio Free Europe, and links to websites sponsored by the U.S. military.

The paper explained the scale of the problem identified so far.

The Twitter dataset provided to Graphika and SIO covered 299,566 tweets by 146 accounts between March 2012 and February 2022. These accounts divide into two behaviorally distinct activity sets. The first was linked to an overt U.S. government messaging campaign called the Trans-Regional Web Initiative, which has been extensively documented in academic studies, media reports, and federal contracting records. The second comprises a series of covert campaigns of unclear origin. These covert campaigns were also represented in the Meta dataset of 39 Facebook profiles, 16 pages, two groups, and 26 Instagram accounts active from 2017 to July 2022.

Much of the propaganda shared by this group of accounts was crude in nature, such as the image reproduced above. Whilst most of the content was a rehash of material that was already online, the operatives who created these pro-Western accounts did a lot of lying and abused a lot of intellectual property.

At least one of the group’s personas featured a doctored profile picture using a photo of Puerto Rican actor Valeria Menendez.

The sham media outlet Intergazeta repeatedly copied news material with and without credit from reputable Western and pro-Western sources in Russian, such as Meduza.io and the BBC Russian Service. The sham outlet often made minor changes to the copied texts in a likely effort to pass them off as original content.

Some of the personas attempted to present as real people by using profile pictures that were likely created using artificial intelligence techniques, such as generative adversarial networks (GAN).

As the researchers observed, most disinformation research is conducted from only one perspective: that Western countries are under attack from malign foreign influences. Their work highlights that the same techniques can be employed in the other direction. This is problematic because engaging in any form of deception lends credibility to conspiracy theories and the belief that Western values are a hypocritical sham used to oppress non-Western countries.

There is a strand of journalism which focuses on highlighting disinformation but the assumptions of these journalists and their audiences are rarely questioned. In particular, little effort is made to challenge the clear and obvious bias about who are the targets of dishonest social media campaigns. Put simply, it is assumed that Western liberals are always the victims of foreign propaganda, as sometimes abetted by traitors within the West. This encourages a paranoid worldview which runs counter to one key observation: there is little evidence that social media manipulation affects public opinion. This remains true for pro-Western propaganda too.

The Central Asia group gained little traction on social media. Facebook posts often had fewer than 10 likes, and only 10 posts gained more than 1,000 reactions. However, two of the sham media outlets in the group produced two viral videos that received hundreds of thousands of views on Facebook… The first video was about Kyrgyzstan’s reported ban on Russian war symbols, and the second was a non-political TV news excerpt about an Uzbek farmer growing fruits in the desert.

On Facebook, a page for the sham media outlet Vostochnaya Pravda claimed to focus on debunking myths and sharing “absolute facts” about Central Asia… Vostochnaya Pravda and other assets in the campaign typically posted long text blocks about local news events and geopolitics alongside an illustrative picture. Like all posts by the covert Central Asia assets, this content received close to zero engagement.

Accounts in the Iran group employed many of the same IO [influence operations] tactics we saw from the other groups, though with a few innovations. These assets included accounts claiming to be independent media outlets, shared U.S.-funded Persian-language media, had a low-engagement cross-platform presence, and showed low-effort spammy follow-back activity.

However, there are times when organizations tasked with spreading propaganda will end up spreading the propaganda created by their enemies.

Several suspended accounts were linked to two sham media outlets operating in Persian: Fahim News (tagline: “Accurate news and information”) and the more developed Dariche News, which claimed to be an independent media outlet… While these sham media outlets had few followers, we found an interesting instance of Russian state media outlet Sputnik embedding an Instagram post from Dariche News into one of their articles.

The main problem with Western values is that you cannot successfully encourage the world to adopt a rules-based international order if the state then employs people to promote this concept by systematically breaking the rules. I am on the same side as anyone who hates the Chinese government’s mistreatment of Uyghurs and wants to see Russian forces expelled from Ukraine, but I am not saying that whilst pretending to be a Syrian woman. A famous cartoon asserted that on the internet, nobody knows you’re a dog but that has both advantages and disadvantages, with nobody being sure who is honest, or who you really are. It is only through consistently telling the truth that we can become truly known to others. Everything else is a flirtation with the chaos that the rules-based order is supposed to protect us from.