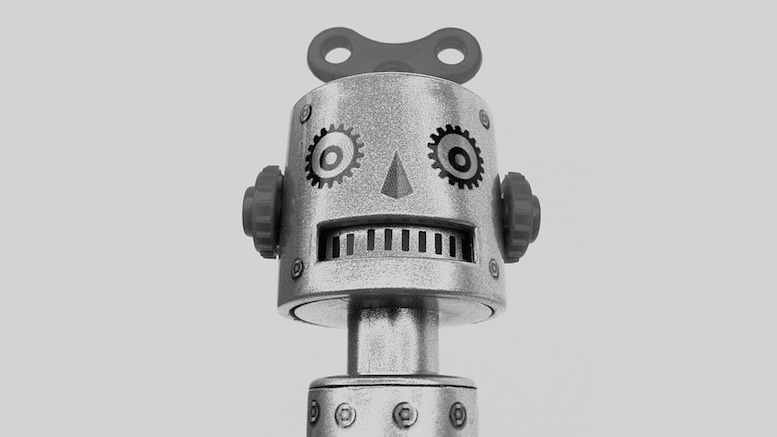 The population of the USA is around 326 million people. Each month they collectively receive 4 billion robocalls – automated phone calls from machines that play recordings – according to current data from YouMail, makers of robocall-blocking software for iOS and Android phones. That is equivalent to 12 robocalls each month for every man, woman and child in the country. It is no wonder that robocalls are the leading cause of complaints received by the Federal Communications Commission (FCC), the US comms regulator.

YouMail’s Robocall Index estimates the total number of robocalls by extrapolating from the number of calls blocked on behalf of users of their software. This led them to conclude that 4,002,508,400 robocalls were made to US numbers during July. This is slightly below the figures they reported for May and June.

Robocalling is a volume business, powered by industrial-scale schemes that make no allowance for the disruption caused by repeated unwanted calls. YouMail estimated that over 40 million of last month’s robocalls originated from just one single toll free number. In May the FCC issued a record fine of USD120mn to a Florida businessman whose machines made almost 100 million calls during a three-month period.

Newspapers like The Philadelphia Inquirer corroborate the escalation in unwanted robocalls being made at all times of day. Recently the Philly reported on the efforts of several US states to impose legal sanctions on the makers of robocalls.

Robocalls — those nettlesome autodial telephone calls from both scammers and legitimate businesses — skyrocketed in the first half of 2018, and have prompted the most complaints to federal and most state enforcement officials of any consumer topic in recent years.

While states are trying to crack down — a tougher law was enacted in Connecticut, for example, and legislation is pending in a handful of other states — they face almost insurmountable obstacles because often the callers are offshore. And while telephone companies are taking steps to help combat the calls, state officials imply they are not helping enough.

Notice how some people in government instinctively try to offload the blame on to telcos!

“What needs to be done is the carriers need to start blocking them,” she said. “A lot of states are not going to have the investigative capacity to look into overseas calls.”

That is the typically unhelpful opinion of somebody who can win an election but does not possess the power or imagination needed to change the world in the ways that voters want. The reality is that telcos in one country are not paid by their customers to investigate telcos in other countries, just as the government of the state of Illinois is not responsible for governments overseas. Furthermore, blocking calls can only be a palliative rather than a cure. The global internet has made it exceedingly cheap to make calls, so robocalls generate good profits for the people behind them. As with the scourge of international telecoms crime, the origination of those calls in a foreign country means that US telcos have as much authority to prevent them at source as, say, a politician in Illinois. Blocking is a sensible response, but any strategy that relies on telcos to react to wrongdoing will only reduce the scale of the impact, not eliminate it.

Google’s response to robocalls has been to enhance the anti-spam functionality of Android phones by giving users the option to send any suspected robocalls straight to voicemail. This means consumers can still listen to the recorded message whenever they like, but they will not be interrupted by the phone dialing at all times. Directing robocalls to voicemail reduces the nuisance suffered by consumers, but it also illustrates one of the key risks when relying upon a strategy where incoming calls are filtered. Caller ID spoofing creates the danger that a call from a genuine person may also be blocked.

Surely even a politician like the Attorney General of Illinois must be familiar with the headaches caused when emails are wrongly placed in a user’s junk folder. Nobody sends emails in an emergency, but people do make urgent telephone calls. We must be especially wary of replicating the problems that surround spam email when managing the delivery of voice services. Consumers must at least understand if incoming calls are being blocked, and have some freedom to determine the extent of blocking that takes place. If not, the simplistic demand that telcos should block unwanted calls without consulting the subscriber will inevitably lead to complaints from those subscribers who wanted to receive those calls. Some people actually buy the services promoted by marketing robocalls, and there has been no shortage of politicians found guilty of making unwanted robocalls (in Canada, Australia and the UK) though US politicians are largely free to make robocalls to landlines.

The US will take an important step in the right direction by adopting the SHAKEN/STIR method of using digital certificates to verify the originating number of a call. The FCC announced its support for SHAKEN/STIR in May, and this will prompt US telcos to implement digital certificates which will allow them to validate the authenticity of numbers associated with calls that originated on another carrier’s network. However, this method will not stop spammers from making international calls. The threat of an increasing number of nuisance calls from foreign countries is also highlighted by recent anecdotal evidence of a global surge in wangiri.

Perhaps nobody has a complete roadmap for how to defeat robocalls. However, the seriousness of the telecoms industry’s response is confirmed by the calibre of participants lining up for a special anti-robocall session at the Kansas conference of the Risk & Assurance Group (RAG), to be hosted by Sprint on October 17th and 18th. Taking part in the anti-robocall session will be:

You can learn more about RAG Kansas, and how employees of telcos and regulators can obtain free entry, by looking here.

As their number rises, we should treat robocalls as a form of collective harassment. Any one of us can fall victim. Our challenge is global in nature. In the past it has proven difficult to motivate governments to work together on tackling international telecoms fraud, and we will face similar problems with robocalls and other communications techniques designed to trick people out of their money. The scale of the robocall plague in the USA is a pointer towards the consumer protection issues that other countries will face before long. We will need collective action at all levels – locally, nationally and globally – if we want to cure the disease of robocalls and not just tend to its worsening symptoms.