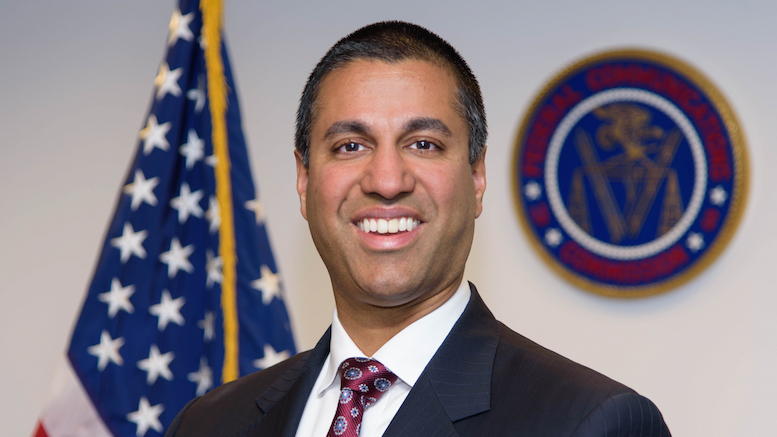 The Federal Communications Commission (FCC), the US comms regulator, has published its plan for dealing with wangiri fraud. Unfortunately, this proved to be identical to the existing plan for reducing all types of robocalls.

When the TRACED Act was passed I drew attention to the inclusion of a little-publicized section of the new law dedicated to wangiri. This specifically directed the FCC to think of ways to deal with wangiri. The legislators need not have bothered to ask the FCC to come up with ideas, because the only answer the FCC’s consultation has come up with is to ‘make clear’ that phone companies can block robocalls associated with wangiri. This is a power the FCC had already told telcos to exercise to reduce all kinds of fraudulent calls. To present this as the adoption of an additional anti-wangiri safeguard is misleading.

Ajit Pai (pictured) has announced he will soon step down as FCC Chairman. It is evident he is not motivated to spend his final few weeks trying to solve a long-standing problem that generates little interest amongst US politicians or telcos.

In response to a spike in one-ring scam activity, we proactively targeted this problem over a year-and-a-half ago with a consumer advisory and have taken other action to combat this scam.

The FCC have certainly known about the problem of wangiri for a long while. But the claim to have taken ‘action’ is hyperbole. If they had taken any noteworthy action they would be reminding everyone of the details through this announcement. The announcement is short and bereft of details because the FCC and its departing Chairman have so little to say.

Today’s action is just the latest step to stop illegal calls before they reach consumers’ phones. We are sending bad actors a clear message: We will use all available tools, including those in the TRACED Act, to protect American consumers.

The more that regulators offer bluster without details the more you can be sure it is because they want to sound tough to distract from the absence of any real action.

When the TRACED Act was passed I drew specific attention to the possibility that the wangiri clause might prompt the US regulator to make decisions that had global repercussions. This was because lawmakers had told the FCC to:

…consider how the Commission can —

…work with the governments of foreign countries to address one-ring scams;

…establish obligations on international gateway providers that are the first point of entry for these calls into the United States, including potential requirements that such providers verify with the foreign originator the nature or purpose of calls before initiating service.

Working with foreign governments and demanding that foreign operators validate calls sounds like the kind of demand that could significantly change how telcos manage international traffic. Contrast these vague but lofty notions with how the FCC’s official wangiri report has weaseled out of offering anything new on the international stage.

Section 12(b)(2) requires the Commission to consider how to work with governments of foreign countries to address one-ring scams. We intend to expand our existing efforts and work toward enhancing enforcement coordination and cooperation with foreign governments aimed at combatting unlawful cross-border schemes such as one-ring scams. The Commission collaborates with our international counterparts on a bilateral, regional, and multilateral basis. For example, the Commission has executed a bilateral Memorandum of Understanding with our Canadian counterpart, the Canadian Radio-television and Telecommunications Commission. The Commission is also a member of the Unsolicited Communications Enforcement Network, an international organization that brings together law enforcement entities across the globe to coordinate and assist each other’s efforts to combat telecommunications fraud, spam, phishing, and the dissemination of computer viruses. Additionally, the Commission works with its international counterparts in the course of U.S. engagement in relevant regional and multilateral fora, such as the International Telecommunication Union (ITU). These coordinated enforcement efforts should advance our goal, shared with other nations, of halting unlawful and abusive practices that are carried out in one country and harm consumers in other countries.

US legislators asked the regulator to determine what they could do about wangiri fraud. The regulator’s answer was to say they intend to talk about it. To summarize, the FCC’s bright new ideas for working with foreign parties to reduce wangiri involve:

They FCC did add one further observation in the report.

One of the most effective ways to prevent fraudulent activities, such as one-ring scam calls that originate in other countries, from harming American consumers may be to eliminate them at their source.

They say it may be a good idea to stop wangiri at source. This is as useless an observation as stating rain may be helpful if your house is on fire. What was the point of US lawmakers telling the FCC to come up with ideas for what they may do to protect customers from fraud if the best answer the FCC can offer is that it may be a good idea to stop the fraud from happening? I have dealt with too many risk owners in too many organizations to ignore the telltale signs of somebody in a position of responsibility serving up empty rhetoric because they refuse to make anything happen.

As for the notion of demanding foreign operators help with the validation of calls, the FCC obviously decided that the best strategy was to say nothing about it! This makes me wonder what was the point of passing a law when chunks of it can simply be ignored.

You should expect that in several years US lawmakers will be demanding ‘more’ action in response to ever larger spikes of wangiri. But they are not going to get any meaningful action until they ditch their overly-politicized approach to regulation, and start talking to people who prefer solutions to soundbites.