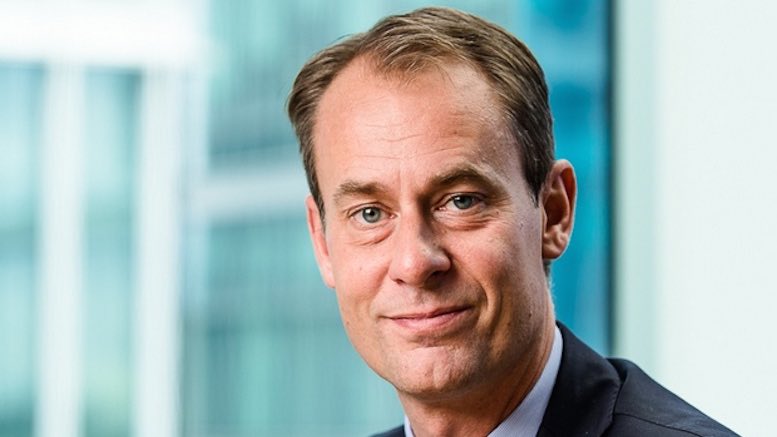 Issues around policy and regulation could ruin Europe’s chances of being at the forefront of innovation and development around the Internet of Things (IoT), says Joakim Reiter, Group External Affairs Director of Vodafone (pictured). In a sponsored editorial for Politico, Mr Reiter claims that as the digital transformation of societies and economies gathers pace, a “window of opportunity” has opened for Europe to re-establish itself as a global technology leader.

The opportunity lies in the “unbridled growth of the Internet of Things (IoT), providing the crucial link between the data economy, where Europe remains a laggard, and the physical economy, especially manufacturing, where Europe is strong”, he says.

In the article, he claims that the fragmentation in the market, and policy issues, could be a significant barrier.

As everything and everyone becomes connected, this will be the foundation of Europe’s digital transformation. According to the European Commission, the market value of IoT in the EU will exceed €1 trillion in 2020. While the McKinsey Global Institute believes connecting physical and digital worlds will have a potential total economic impact of as much as $11.1 trillion a year by 2025. IoT is no longer a question of technology innovation, it’s a question of policy and regulation. Unfortunately, this is where Europe has a serious problem. Today, Europe’s IoT market is fragmented across different regulations and 28 individual member states.

Reiter says that this could hinder innovation and trade:

For example, while an unconnected fridge enjoys free flow of goods within the EU, connected fridges do not, if they are to comply with EU telecoms regulation and the multitude of telecoms requirements in every EU country.

Reiter makes a number of recommendations, including drawing up a set of clear, proportionate consumer protection and security rules, which apply to all providers across the EU, which would give companies the confidence to develop and deploy IoT technology across Europe. He also suggests that a common regulatory framework across markets will make it easier for connectivity providers and their IoT customers to achieve scale and breathe life into European tech companies.

Evolution towards 5G, is also crucial, he says:

A common set of rules and a consistent policy approach across sectors will allow 5G to reach its potential and avoid technology ‘winners’ being picked by sector-specific policymakers, with fragmentation as the end result. The time to act is now. The U.S. and China are making strides with IoT technology and Europe must not be left behind. A newly-designed policy framework that reflects the needs of IoT, will open up digital opportunities for people and businesses, and position Europe as a world leader in the nexus between the digital economy and the physical economy.

Reiter is a political heavyweight who joined Vodafone in August 2017 after stepping down as Deputy Secretary-General of the United Nations Conference on Trade and Development. He has also served as Deputy Director General with Sweden’s Ministry of Foreign Affairs and he represented Sweden at the World Trade Organization.