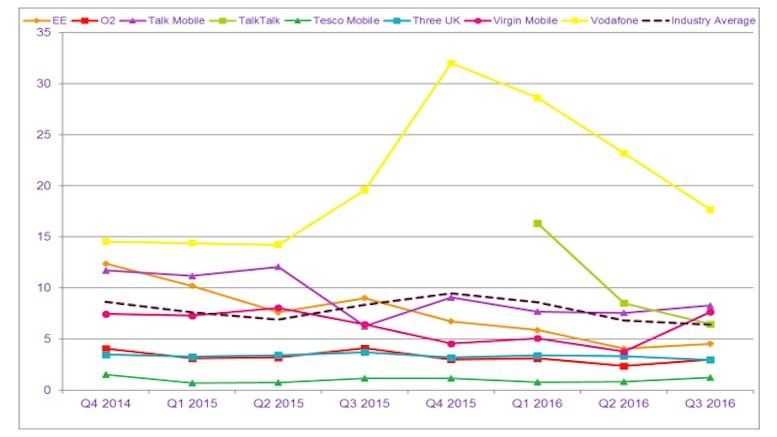 The Vodafone UK billing fiasco has been running so long that I lose track of when it began. But Ofcom, the UK’s comms regulator, helpfully pointed out the duration in their latest update about customer complaints.

…Ofcom received the most complaints per 100,000 subscribers about Vodafone for the eighth quarter running.

Ofcom’s scanty report once again states that the leading driver of Vodafone complaints is issues with billing, pricing and charging. It does not take a genius to infer the enormous wave of customer complaints stemmed from mistakes made during a major billing migration that occurred two years ago. Amazingly, Vodafone UK were never punished for overcharging customers, though they received a multi-million dollar fine for not responding adequately to the resulting complaints. That is a bit like jailing a thief not for his original crime but because he was slow to return the stolen goods.

Putting the ‘Fib’ in Fibre: Vodafone UK Called Out for ‘Gigafast’ Product