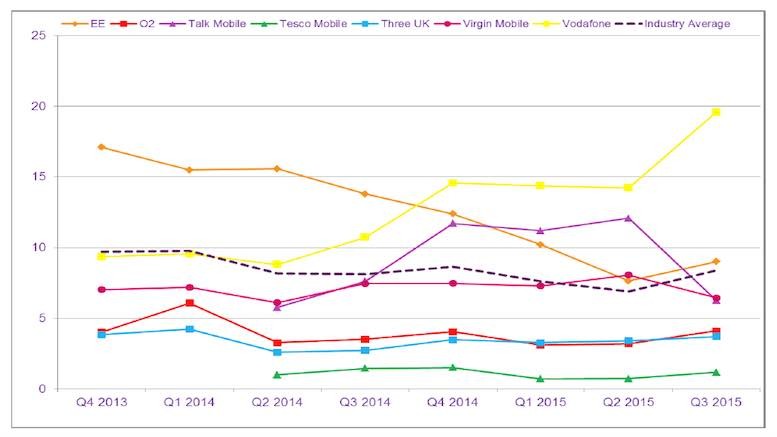 Ofcom’s report indicates that issues with billing, pricing and charges continue to be the leading cause of complaints for Vodafone. This is the fourth quarter in a row where Ofcom’s data has told the same story, with Vodafone top of the complaints tables, and billing accuracy being the top cause of Vodafone complaints. Whilst billing is often listed as a major source of complaints, regular readers of the Ofcom bulletins will know it is rare for billing to be the top driver of complaints for any telco. Problems with provisioning and fault handling usually cause most complaints, across every type of CSP.

The problems with Vodafone billing have been widely reported before, and I have previously condemned the regulator’s pathetic response (see here and here). Now the numbers are even worse. This begs an obvious question: why bother to compile and publish these stats, if nothing is done to improve them? And if something is being done to address the serious ongoing issues at Vodafone, why is nobody in Ofcom or Vodafone telling the public what is being done, in order to reassure them and bolster confidence in the sector as a whole?

Mistakes are inevitable and customers will always need to complain. However, it is wrong to rely upon customers complaining about errors with their bills. Customers are entitled to receive accurate bills, and it is shameful that UK industry expectations have fallen so low. The ridiculous saga of Vodafone’s bills, which has dragged on for a full year, makes a mockery of Ofcom’s claim that compulsory billing audits encourage customer confidence. If anything, this fiasco proves how irrelevant those audits are.