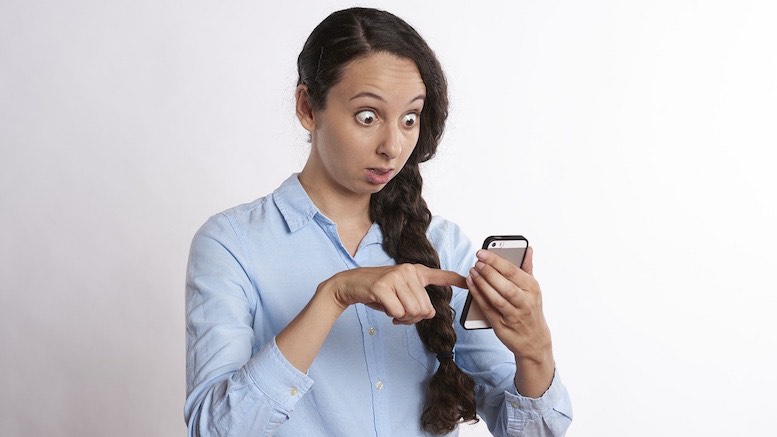 It has been three months since the last instalment in our series on wangiri warnings around the world and hence time for another brief update.

Bulgarians were warned about a spate of wangiri calls in late January and early February, reported Dir.bg (in Bulgarian). Most of the calls used numbers from the Maldives (+960). A smaller number of calls appeared to originate from Algeria, Congo and Nauru. A spokesperson for the Bulgian comms regulator appeared on TV to warn consumers not to return the calls.

In mid-February the Irish police warned phone users in the town of Castlebar not to respond to missed calls that had a superficial resemblance to calls using Castlebar’s area code, reported the Connaught Telegraph.

Garda Mick Toland of the Castlebar Community Engagement Unit revealed a number of people have been in contact with him after receiving such calls which appear to come from a local number because the numbers ’94’ – the prefix to all landline telephones number in the Castlebar district – appear on screen.

Today saw mobile phone customers in the county town and surrounding areas getting these strange missed calls from Tunisia, their numbers showing up as +216 94 91 2313 or something similar.

This year Norway has been hit by two waves of wangiri, the first appearing to come from North Korea, the second from Kosovo, according to DinSide (in Norwegian).

Perhaps the Norwegian response provides the most interesting story in this round-up because Telenor Norway, the market-leading provider, tried to use the North Korean attack to boost revenues. They did this by openly publicizing the scale of the attack whilst promoting sales of postpaid plans that include a new anti-fraud protection service powered by Hiya. Telenor’s press release was widely quoted by the Norwegian press.

…During the evening and night, more than 200,000 fraudulent calls were made. The scammers exploited North Korean phone numbers. Norway is among the countries in Europe that are most exposed to fraudulent calls, according to new findings. In partnership with Hiya, Telenor Norway is now launching a new solution that will offer customers increased protection from fraud and nuisance calls.

Telenor’s Chief Marketing Officer Ric Brown was quoted as saying the telco blocked more than 1.3mn fraudulent calls during December. However, my confidence in the data presented by Telenor and Hiya was undermined by the realization that Telenor said the North Korean attack prompted “more than 8,000 Norwegians [to call] back” whilst Hiya issued their own press release saying “according to Telenor, more than 2,000 Norwegians have called back, but no users protected by Hiya’s fraud labeling returned the call.” As keen as they were to highlight the North Korean attack, neither Telenor nor Hiya mentioned how successful they had been at dealing with the subsequent attack that appeared to come from Kosovo.

The best illustration of how difficult it is to rely on data shared publicly on an irregular basis is that Telenor’s chief rival, Telia Norway, issued very different wangiri stats at the same time, according to consumer tech site ITavisen (in Norwegian). Both firms claimed to block a similar number of scam calls each month, but Telenor highlighted different apparent origins for most scams:

Watch today’s broadcast of RAG TV if you want a proper analysis of the countries and number ranges most abused by wangiri fraudsters. We will dive into the first full year of data collated by the 80 telcos and the dozen other businesses connected to the RAG Wangiri Blockchain, the real-time intelligence exchange provided free of charge to telcos who are willing to work together to defeat fraud. Watch live to ask questions in addition to hearing the most comprehensive analysis of wangiri intelligence ever made public. The stream begins at 8am Eastern, 1pm UK, 2pm South Africa, 5.30pm India and can be seen at the RAG TV webpage without any need to register. Click here to save the show to your diary.