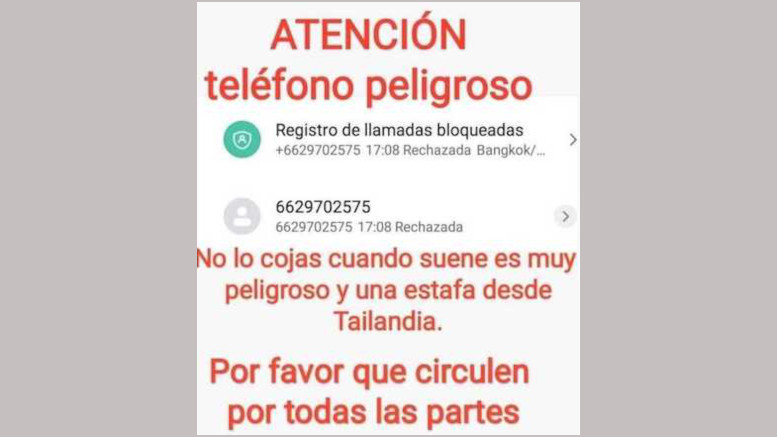 Some people in the telecoms industry will tell you wangiri fraud is relatively easy to stop. Many other people do not believe them, as proven by yet another round-up of wangiri warnings from around the world, all of them issued in the last few weeks.

CBC warned Canadians living in Saskatchewan about a surge of wangiri calls “from a range of different countries, including Liberia, Latvia and even Madagascar” after the local police used Twitter to explain there was nothing they could do about it.

The SPS has received several messages & calls expressing concern over an ⬆️ in calls from intn'l #'s. Unfortunately there is little that we as a police service can do to stop these calls from happening. We would instead suggest you contact your service provider &/or the CRTC. pic.twitter.com/Z1Y5vXmx5K

Somebody needs to kick some Canadian butt because most of the advice given to consumers was very poor. Neither CBC journalists nor Saskatchewan police officers seemed to have the faintest understanding of this scam whilst the CRTC, Canada’s regulator, remained silent about the attack. Misguided advice ranged from the irrelevant (checking to see if the recipient’s phone number was compromised by a privacy breach) to the inept (encouraging victims to subscribe to Canada’s Do Not Call list).

Dutch consumer affairs TV show Opgelicht?! (which translates as “Scammed?!”) issued an alert (in Dutch) about wangiri phone calls appearing to originate from Sri Lanka +94, Philippines +63, and Morocco +212. They observed that “this form of fraud has been a problem for years”.

A wangiri warning circulating around Spain deviated from the norm by causing several news sources to question if the warning was genuine. Spanish TV corporation RTVE explained (in Spanish) that a graphic shared on social media (pictured above) claims Thai phone number +6629702575 is being used to scam victims. However, Spain’s Instituto Nacional de Ciberseguridad (National Cybersecurity Institute, INCIBE) had not received any intelligence relating to that number.

The potentially bogus warning about calls from a +66 number came a week after the Spanish police used Twitter to issue a genuine warning about wangiri calls that seem to originate from the Ivory Coast +225, Ghana +233, Nigeria +234, and Albania +355.