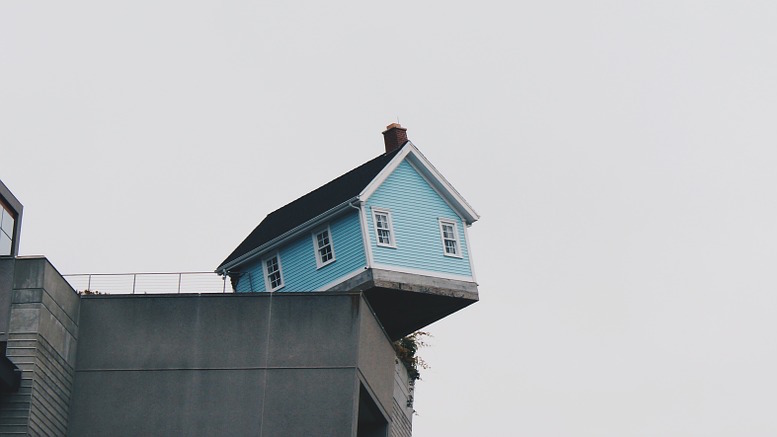 A new interview of Subex CEO Vinod Kumar has been published by YourStory under the headline “Software company Subex’s journey from the brink of disaster to targeting $100 million in revenue”. Does the boss of the Indian RAFM and analytics vendor want their long-suffering customers to think Subex almost collapsed but decided to hide this from them? Presumably he agrees with the alarming headline, because he promoted the article on social media.

Subex was never on the brink of disaster. They fell out of favor with creditors because they gambled heavily on forex and stock markets just before both markets reversed direction. The bet was motivated by the purchase of Canadian service activation business Syndesis, which Subex acquired in 2007 for USD165mn in cash, having raised the money using dollar-denominated bonds which could later be converted to shares listed in India. Subex found themselves in trouble when the forex market swung against them, a previous bull run for Indian tech stocks turned bearish, and Syndesis proved to be grossly overpriced. In 2011 Subex sold the remains of Syndesis for just USD26mn, having straddled themselves with an enormous level of debt that no bondholder wanted to convert into equity. But that just meant the bondholders became the de facto owners of a business that was unable to service the debt owed to them, but which was still fundamentally profitable.

The creditors made a rational decision, renegotiating Subex’s obligations. The result was that shareholders lost everything but bondholders continued to milk the cow, instead of slaughtering it. Does that sound like the brink of disaster? Only if you calculate that money men sometimes make bad decisions.

The YourStory piece contains other mistakes and omissions, perhaps designed to intentionally mislead the audience. For example, we are told that “between 1999 and 2008, [Subex] became one of the fastest growing product companies in India and had gone global, with revenues of $55 million”. In fact, Subex generated revenues of USD121mn for the financial year ending 31st March 2008, more than double the figure quoted by YourStory. Subex actually started that year forecasting they would make USD150mn but had to reset expectations when the numbers generated by the newly-acquired Syndesis proved to be dismal. Subex founder Subash Menon admitted it was a “disastrous year”, though it would be another four years before he resigned as CEO.

YourStory also asserts that “by 2013, [Subex’s] debt had spiralled out of control to $165 million and the founders departed after they could not repair the damage”. There was no downward spiral, because the 2007 purchase of Syndesis had been financed by issuing USD180mn of bonds. The debt overhang was largely unchanged in subsequent years, remaining stable as Subex conducted a series of negotiations with its creditors.

The current challenge for Subex’s management team is to construct new revenue streams that have more growth potential than the RAFM and partner settlement products that have long sustained them. To do this they refer to their old revenue streams as ‘Horizon One’, as contrasted with ‘Horizon Two’, which is a new bundle of ventures including IoT security. The purchase of Syndesis was a gamble and so is the more modest investment of resources into Horizon Two…

…which focuses on security analytics and IoT products, helps track and protect networks from cyberattacks.

Subex may want to sell more products and services in these areas, but has no significant track record, and may find it difficult to generate any crossover sales with existing customers unless telcos start to rapidly consolidate their security, fraud and assurance operations.

Long-time followers of Subex may be surprised to learn that Horizon One, the original Subex that has generated revenues of roughly USD50mn for several years in a row, is “still growing at 25 percent”. Is that a promise to deliver revenues worth significantly more than USD60mn next year? We already know Subex’s revenues did not grow by 25 percent last year.

This article represents the first occasion when Subex has openly discussed the pursuit of a third series of ventures.

Over the last 12 months, the company has experimented with everything, from security and fintech to e-retail and telco services. These experiments, which include honey pots that gather information and protect devices with anomaly detection using AI, are part of Horizon Three.

After presenting a flawed account of Subex’s history, the YourStory piece then makes a prediction about its future.

Clearly, the company is well poised to touch $100 million, from its current turnover of $50 million, in three years…

I will not be rushing to buy Subex’s shares on the basis of this superficial analysis, and I wonder what kind of investor is being targeted by it. Presumably they are not the same investors that were told in 2014 that Subex would be a USD100mn business “within three years”. Rather than presenting a reassuring picture of Subex’s growth strategy, the misleading information undermines confidence. Cool heads may suspect Subex is suffering from a hint of panic, with management promising to sell everything to anyone, rather than focusing on the development of a few winning product lines and cultivating a coherent group of customers in order to foster growth.

It is always tempting for business people to accentuate the future upsides and to present a picture of reliable growth by understating past performance. But Subex is not a new business, and it has long been listed on the stock market, so its history is easy to check. Far from encouraging potential investors, this piece suggests that Subex is struggling to learn the lessons from past mistakes.

The company is now actively looking to partner and acquire startups. It has created a formal plan to scout for ideas that can carry it forward in the next wave of digitisation through IoT and security services.

It would be understandable if investors are wary of Subex’s track record when acquiring other businesses. And if there is a formal plan for innovation then it deserves better presentation to prospective investors than this optimistic mishmash of hope and hype.

You can read the YourStory article and watch the interview of Subex CEO Vinod Kumar by clicking here.