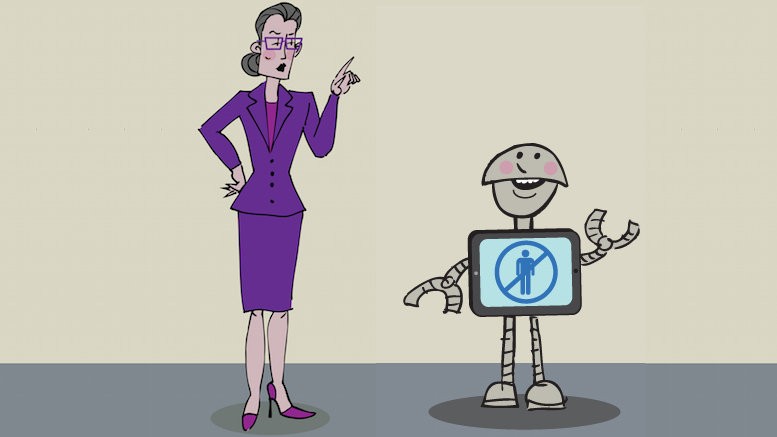 A WeDo insider tells me they are so pleased with the size of the audience for their zany comic strips that they have extended the deal with the artist who draws them. This should mean the comics, which are published every two weeks, will continue well into 2017.

Though the comics are described as the “almost real adventures of a fraud management department” they feature absurd characters and cynical humor in a similar vein to Dilbert. The characters include a revenue assurance superwoman who wears a cape and visor, a ninja who is also a fraud manager, an evil penguin from Marketing, the scary Queen of Risk and a robot internal auditor who never gives up. The last two are pictured above.

Five comic strips have been published so far, and another should arrive soon. You can find them all here.