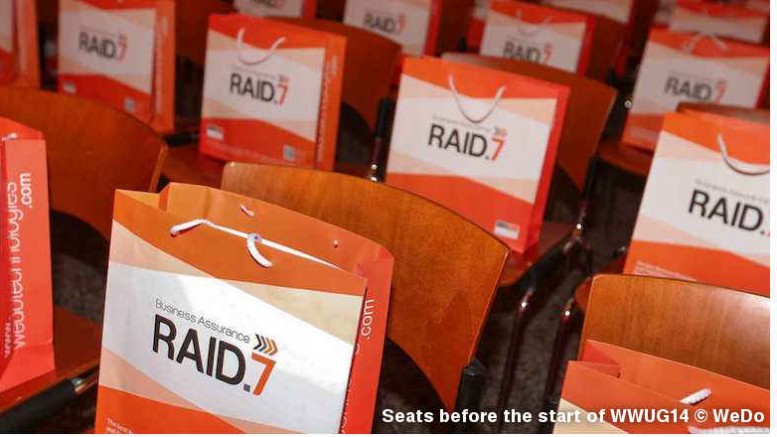 WeDo, the Portuguese market leaders in the field of telecoms business assurance software, opened registration for their 10th annual user conference last week. The 2015 meeting of their worldwide user group, WWUG15, will be held in Lisbon, May 20-22.

Around the same time, WeDo announced their first Enterprise Business Assurance summit. EBA15 is aimed at organizations in other sectors, including energy, public administration, and healthcare, and will be held in Lisbon, May 21-22.

Did you notice what WWUG15 and EBA15 have in common? WeDo’s WWUG is a major established event on the business assurance calendar, but this year it will become the world’s first 2-for-1 business assurance conference, aimed at both WeDo’s existing telecoms customers and at prospective customers from other sectors.

It is no accident that WeDo have steadily risen, overtaking rivals to gain the leading share of the telecoms revenue assurance and fraud management market. The WWUG is a vital aspect of their brand and strategy, cultivating loyalty and projecting WeDo’s vision for the future of business assurance. Other vendors, whether large or small, can learn a lot from WeDo’s example.

Why do vendors pay extortionate fees to participate in somebody else’s conference, when it may be cheaper to run their own event? They hope to meet new customers at such events. However, the odds are against them. If I work in a telco, and I really have the budget for new software and equipment, I know the vendors will come to me – so why would I choose to fly to a conference to be surrounded by salesmen?

The truth is that most conferences are a meeting place for the mismatched. Salesmen attend because they want introductions to decision-makers with the authority to buy their product. They will promote their wares but they do not give anything for free – and that includes information. In contrast, telco employees go to learn… and real students want to receive information without further fuss or trouble. They are probably not ready, or able, to buy anything. The end result is an event where half the people go to speak about products, but not to teach, whilst the other half go to learn about methods, but not to buy. Most go home dissatisfied. The only real winners are the few attendees who go because they really like talking in public, or because they wanted a tourist trip to a foreign city – and those people rarely buy or teach anything new.

It is important for vendors to find new customers, but it is also important to hold on to existing customers, and to try to sell more to them. One good way to do that is to throw a party in pleasant surroundings, where customers can meet and socialize with each other, along with the happy representatives of the supplier’s business. And if some help is needed to justify customers spending some time away from their office, one excellent excuse is the provision of some free (non-mandatory) training.

Apologies to the many salesmen I have met, but the best ones do not get paid a commission. There is no better salesman than a customer who really believes in their supplier. So if you want to sell to new customers, why not throw a party that encourages the loyalty of existing customers, and then invite lots of prospective targets to join as well? With some luck, the current customer base will enjoy themselves so much that they will sing the supplier’s praises within earshot of the new prospects.

What is less certain is whether such a strategy can work when the room is divided between similar companies who are already customers, and dissimilar companies who are not customers. Will WeDo’s telco customers have the language and interest to sell the idea of business assurance to a healthcare provider or a clothes retailer? This might be too much of a stretch. On the other hand, you cannot succeed unless you first try. I expect WeDo will learn a lot simply by putting telco people alongside non-telco people, and seeing how they interact.

Whatever WeDo learns from the hybrid format of their new 2-for-1 event, at least they will have learned it more cheaply than by holding two separate events of their own, or by paying to attend even more events spread all over the world. WeDo’s business is at a crossroads. They are the largest player in an established telecoms niche. At the same time, they are trying to stimulate other sectors to create comparable niches that do not currently exist. However WeDo approach this challenge, they have much to learn. They really are in the business of innovation, and that includes innovating business practices as well as technology. The smart thing to do is to learn as much as they can, as quickly as they can, and as efficiently as they can. And that necessarily demands experimentation, and the maturity to recognize that not all experiments can be successful.

What stops other suppliers from emulating WeDo, by conducting similar experiments? Cost is the obvious retort. But then, it is possible to conduct experiments on differing scales. I did not attend the first WWUG, but I am sure that WeDo started much smaller. They have built up to the size and ambition of WWUG15 over a period of ten years. If anybody knows of a bigger specialist business assurance event in the world, they should let me know. But size is not everything. If a vendor cannot run one big customer event for the whole world, why not run a few smaller events in specific regions? And smaller vendors are likely to know other firms who work in related areas but are not direct rivals, so what stops them from pooling resources and running a common event for customers? That is literally what happens when vendors pay a commercial conference organizer, except then they pool their money into a common event where if an existing customer shows up, they will spend the whole time wanting to keep that customer away from rivals.

Whilst others could emulate WeDo’s approach, perhaps the biggest barrier is novelty and the risk of failure that comes with a lack of experience. WeDo has an advantage because they lever connections within their parent group to ensure a high professional standard for every aspect of their user conferences. But all suppliers spend money on marketing themselves, on entertaining targets, and on schmoozing existing customers. They all have some relevant skills and experience, and these could be transferred to running larger collective events. This should lead to cost efficiencies, whilst creating a synergy as customers and targets educate each other.

I congratulate WeDo on their ambition, and wish them success with what may prove to be a landmark event in the evolution of business assurance into a cross-sector discipline. At the same time, I encourage their competitors to be similarly bold and innovative, by organizing get-togethers that raise their corporate profile and project thought leadership whilst rewarding existing customers.

SMS-Sending Spyware Preinstalled on Some Russian and Chinese Feature Phones

The Big RAG Leakage Survey Is Back (and Even Bigger)

Is There a New Kind of Wangiri That Targets Firms Issuing One Time Passwords?