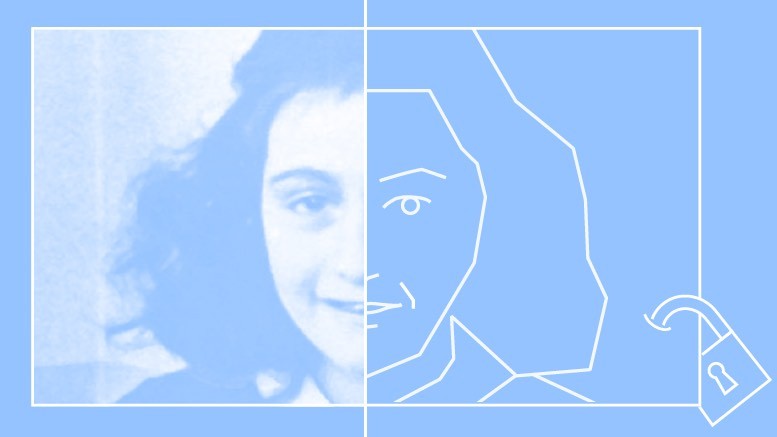 The tragedy of Anne Frank was that her life was cut short by an unspeakable evil. The German Jewish teenager kept a diary in which she described what it was like to spend two years in the concealed rooms of a Dutch apartment, hiding from the Nazis. Her writings contain a message that is relevant to all humanity. And now all Europeans can freely read her diary on the internet. So long as they are using the internet in Poland.

Yeah, you did read that right. It all has to do with when Anne Frank died, how Polish law compares to other national laws, and the absurdities of applying inconsistent national laws to a ruthlessly consistent international network of computers.

A press release from activist groups Centrum Cyfrowe, Kennisland and the COMMUNIA International Association on the Public Domain tries to explain why they think copyright and geo-blocking has turned a tragedy into a farce:

On Tuesday 26 April, World Intellectual Property Day, the original, Dutch-language version of ‘The Diary of Anne Frank’ will be published online at annefrank.centrumcyfrowe.pl. This is the first time internet users are able to read the original writings of Anne Frank online. However, this publication is only available in Poland as Anne Frank’s original writings are still protected by copyright in most member states of the European Union. With this publication of the original version of the diary Centrum Cyfrowe, Kennisland and the COMMUNIA International Association on the Public Domain seek to highlight the absurdly long duration of copyright in the EU, as well as the fact that, contrary to general assumptions, the duration of copyright is still not harmonised across the EU and the troubling fact of geo-blocking which creates boundaries online.

The activist’s arguments are also explained in a couple of infographics, which can be downloaded from here and here.

Whilst these arguments about copyright and geo-blocking are very interesting, some of them are a bit wrong. Geo-blocking is commonly understood to be the practice of limiting access to internet content based on geography either because the supplier has a limited geographic license to supply the content, or because they want to charge differential prices for different geographical regions. The activists have geo-blocked the annefrank.centrumcyfrowe.pl website, but I seriously doubt they were legally obliged to do so. They could have legally made the content available at the website because it is a Polish website and the copyright for this particular work has expired in Poland. However, the law might be broken if somebody visited the site from another country where Anne Frank’s copyright has not yet expired. This situation can occur because of differences in the length of copyright for different nations.

So if you could visit the activists’ website and read Anne Frank’s diary, would you be breaking the law? Maybe, or maybe not. To find out, we would need to check the law where you are, as they vary from place to place.

If internet and copyright activists get confused about the law and how it relates to internet content, imagine how telcos, ISPs and (gulp) the general public must feel. The law is not fit for purpose. It has been rendered ridiculous by the internet. This stunt demonstrates the failure of law, though the exercise was imperfect because even the activists struggled to identify the legal ramifications of their actions.

Most of us would like to live in a harmonious world. Sharing knowledge and information across borders may be a good way to achieve that goal. Sadly, we clearly have a long way still to go.