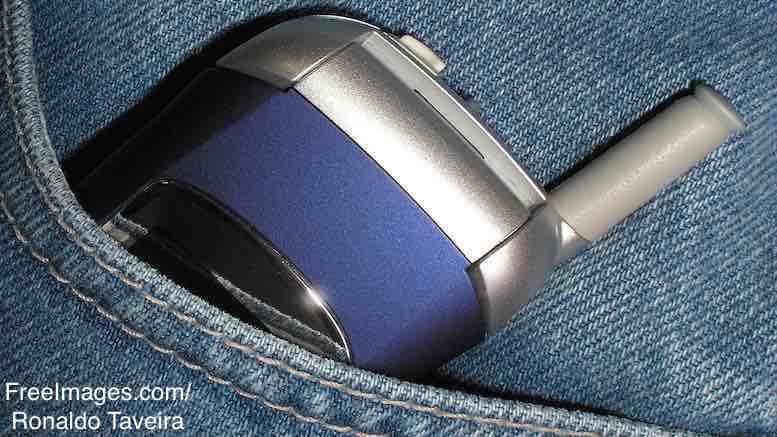 Have you ever received a call from someone who had their mobile phone in their back pocket? Some people wiggle whilst they walk, causing them to instigate a phone call by accident. Butt dialing, or pocket dialing as it is more politely known, may not sound like much of a problem. However, it results in a waste of resources when the call is made to emergency services like the police or fire fighters. Imagine the scenario: a call is connected to the emergency services but nobody is speaking to the operator. Perhaps it is a butt call, but it may also be a person who is injured or too afraid to speak. So every call like that needs to be investigated, and efforts made to speak to the caller and confirm their location. Is there a way to reduce the time wasted on butt calls, to save money and allow operators to concentrate on the calls that really matter? That was what Google tried to find out by analyzing emergency calls in San Francisco.

Google has a charitable program where they lend out skilled technologists to help find solutions for social problems. When Google’s team looked into the increase in emergency calls made in San Francisco, they found evidence that an increasing number of calls had been accidentally dialed. In total, they estimated accidental dialing was the cause of 20 percent of all emergency calls. However, to reach that conclusion, they literally sat with operators and listened to a sample 475 calls as they were received. Google’s team had to do this because data was not being collected with sufficient granularity to identify what proportion of calls were accidentally dialed. Though operators assigned a category to every call they handled, the ones which were accidentally dialed were lumped in with other calls in the ‘miscellaneous’ or ‘unknown’ categories, because there was no standard category for accidentally dialed calls, even when operators had spoken to the dialer and confirmed there was no emergency.

The work done by Google reminds me of work that I have done on analyzing so-called ‘reason’ codes for the calls received by customer contact centers. If you have a list of 100 reason codes but find 30 percent of calls are lumped into one category, whilst over 50 codes have only one or two calls assigned to them, then the disparity should smack management in the face. When this occurs, it is time to change the codes in order to collect more actionable data. You do not need lots of detail about a tiny number of calls, and you want to understand more about the calls going into the top category. As a consequence, the theoretically ideal breakdown would allocate an equal number of calls to each reason code. An even spread ensures you have useful detail without setting unrealistic expectations for your customer service representatives. Making the right operational improvements – like reducing the number of complaints through proactively giving customers better information – begins with collecting data that you can act upon. When you have the right data, you can identify issues and then motivate and track improvement.

Not surprisingly, most of Google’s recommendations in their report to the San Francisco authorities also concentrated on gathering better data. For example, they suggested that a new code be dedicated for accidental calls, and that the source of every call – whether fixed-line or mobile – be automatically captured. Where a suspected accidental call has been received, one key method to save time and improve efficiency would be to automate the process of calling and/or texting the sender back. And with better data, Google’s team anticipated superior management of staff time through improved planning and tracking of the variance between the expected and actual volume of calls received.

Though the changes proposed by Google would be cheap and easy to implement, they would help to ensure resources were focused on real emergencies. My general perception is that the public sector can often do a better job of gathering data in order to drive increased efficiency. However, the private sector is not perfect either. Google loves to do clever analysis of data, but it is a universal truth that you cannot do clever analysis unless you collect the data in the first place.