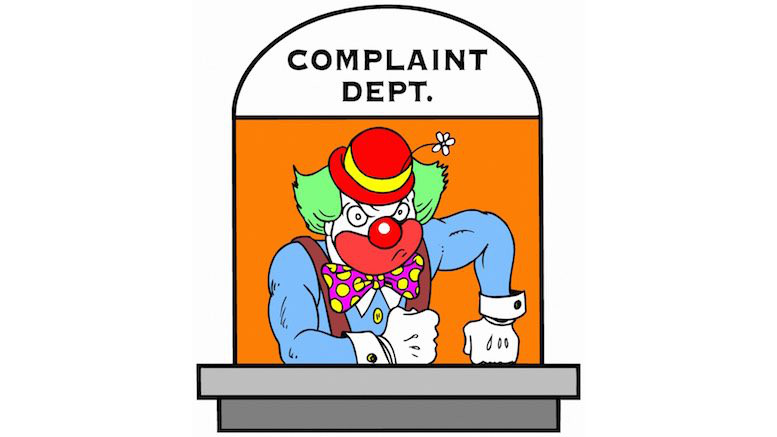 A lot of people complain about net neutrality, or rather about the terrible risks to society if we dare allow networks to alter the order in which packets are managed. Various experts tell us that net neutrality is essential to free speech, small businesses, and national security. Teen Vogue observes that democracy depends on net neutrality. Some of these arguments have merit, many do not, and all sidestep the inconvenience caused by countries like the USA failing to slide into totalitarianism during all the long lawless years when they had the ’net but no neutrality laws to protect it. Might some pubic fears be a little exaggerated? Luckily, the Federal Communications Commission (FCC), the US comms regulator, publishes data which shows what the public thinks of net neutrality. Before you make assumptions, it is not the data you are thinking of. And the implications of this data may surprise you.

There is no end of journalists, academics, campaigners and comedians willing to prognosticate on what will happen to the USA now that it has repealed net neutrality. What is lacking is data – though few are willing to admit that simple fact. The difference between real data and opinion is highlighted by the FCC’s own website, which was subjected to a barrage of comments about net neutrality from the public, though research by Pew showed most public comments were duplicates, and many came from dubious sources. However, the FCC also publishes some useful data about net neutrality, and how the American public perceives it. Put simply, the FCC shares an outline of every complaint it receives. These complaints are categorized, and ‘net neutrality’ is one of the newer categories. So what do the complaints received by the FCC tell us about net neutrality? Put simply, they indicate that the majority of complaints about ISPs violating net neutrality are not justified.

I know that fans of net neutrality will be annoyed to learn about this data. They already know that ISPs are horrible evil businesses whose greedy profit motive will inexorably lead to Nazism. So it would be inconvenient if thousands of net neutrality lovers were found to be the kinds of people who make complaints based on emotion rather than fact. Analysis by Axios shows that there are huge surges in complaints about providers failing to abide by net neutrality rules during the months when net neutrality is top of the media agenda. Think about that for a moment. Do you think it likely that ISPs start screwing around with the relative speed of web services only during the times when politicians are arguing about net neutrality laws? Or do you think it is literally impossible for the average user to tell if their ISP is violating net neutrality, so their complaint must be founded on their heightened emotions, rather than any facts about the service they received?

A cynic might think the real economic crux of the net neutrality argument is about who should pay for the internet. ISPs (and their customers) currently shoulder 98 percent of the cost of running the internet. If ISPs could pass 5-10 percent of the bill to the biggest users like Google and Netflix (and to their customers) then the ISPs would either make big savings, or could significantly increase spending on infrastructure. But the public is stuck in a loop where they insist ISPs are the only kinds of business that should ever pay for the internet, whilst they dislike ISPs because they charge too much. Per this absurdist logic, any change to the moribund formula for paying for the internet would inevitably lead democracy to be hijacked by fascists… as obvious to every teenager that does stuff on the web.

The Axios piece on net neutrality complaints can be found here.

Obtaining the Data to Protect Profits and Reputation