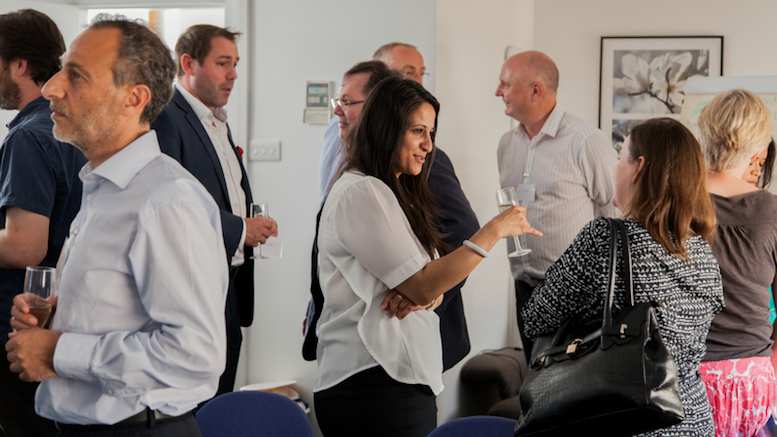 When I was a young information risk professional, in the early to mid noughties, I attended a string of conferences about the fledgling discipline of telecoms revenue assurance. I wanted to know what people were doing, why they were doing it, and what had prompted them to begin doing it. What I had not anticipated at my first conference, but soon learned to expect, was that so many of the speakers would start their talks with the same phrase:

My definition of revenue assurance is…

Each speaker was describing their own vision. The emphasis was on communicating the individual’s opinion, not on providing an analysis of what the rest of the community was doing. Many of these opinions were interesting in themselves, and I found it informative to compare the differing visions to each other. On the other hand, the phrase also revealed a common but serious error.

Definitions occur within language, and each language belongs to a collective, not to an individual. You could spend time inventing a language that only you speak, but that language would not evolve very far, and you would gain little from the exercise. You could then try to force other people to adopt your language, and something similar happens to a milder degree every day, because there are many thinkers, communicators, leaders and would-be leaders who try to shape the world by telling us which words we may use and may not use, what they should mean and how we should use them. However, their authority has limits. American politician and dictionary writer Noah Webster was responsible for most of the differences in spelling between American and British English, but even his dictatorial zeal was insufficient to persuade the majority of Americans to write ‘ake’ instead of ‘ache’, ‘soop’ for ‘soup’, or ‘wimmen’ for ‘women’. French is a more highly regulated language than English, which is why the 40 members of the Académie Française led the French to adopt the neologism ‘ordinateur’ to supplant the loanword ‘computer’. However, even they cannot quell the argument about whether every minister in the French government is ‘le ministre’, because the word is masculine, or some are ‘la ministre’, because some politicians are women. No individual has absolute authority over language, as there will always be resistance to change, and demands for reform, from other members of the community. Perhaps the best way to define each community begins with observations of who does, and who does not, adopt the same meanings for the same words. This is as true of a professional community as any other.

The worst fault of those early revenue assurance conferences is that they pretended to offer community but this was a sham, damaging the development of the new discipline at a crucial moment in time. The approach taken by the conference organizers was rational: their business is just like that of Hollywood movie makers in the sense that they only consider making a sequel after a production proves to be profitable. They consequently offer no continuity, and a community that relies upon their participation may be abandoned at any moment. For-profit conference organizers care no more for the communities of professionals they serve than Toyota cares about the direction in which you drive. However, they have the same merits as Hollywood studios and car manufacturers in that they risked their money to create something before any customers agreed to pay for it. This, unfortunately, has been the dominant model for community interaction for revenue assurance professionals. They have experienced the kind of community found in a supermarket, where we might enjoy an amiable chat with a neighbor that we bump into whilst picking what we want from the shelves, and where everyone takes it for granted that somebody will restock those shelves later. This has led some of the more naïve members of this community to ignore the risk that if a village shrinks in size then its supermarket might close completely.

Fraud professionals have a very different sense of community, despite the significant overlap in the technology and techniques used for fraud management and revenue assurance. This is because fraud managers engage more actively in trade, of the type that gave rise to the original village market, as opposed to the village supermarket. They come together periodically to exchange what they know about crime. Sometimes the information is about a specific crime or an individual criminal, whilst other times the information is more of a general description of how crimes are committed and how to prevent them. The active barter of information gives fraud communities more shape and purpose. On the other hand, it also leads to the fragmentation of the markets, which almost never scale to the point where they are ‘super’. Information about crime is also of interest to criminals, and this leads to limits on fraud management communities because new members face a degree of suspicion and hence may be denied admission.

I have been to many events and meetings about many kinds of risks, but each develops a community which can be plotted somewhere along a spectrum with purposeful but tightly restricted sharing of intelligence-for-intelligence at one extreme, and the open but shapeless touting of generalized advice at the opposite extreme. You might want to try for yourself an exercise where you use this axis to plot the communities that work in other risk specialisms, such as business continuity, data protection, physical security and corporate governance. If every community involves a compromise between these polar opposites, then how can my association, the Risk & Assurance Group (RAG), hope to offer something more?

You may have noticed that my description of professional communities has been based on economics thus far. Human beings are not merely economic units. Not all human interaction is through trade. We work for businesses, so perhaps it is natural to think of all professional relationships like business relationships, but that is not natural when thinking about people we know and like. It is also natural for people to share their feelings about the work they do with other people who understand the subject. Most of us enjoy conversation with people who speak the same language and have common experiences, and this is especially true of a professional niche that can be hard to explain to outsiders.

Informal and friendly interaction can be undervalued by businesses; they might rather send staff to a training supermarket, where knowledge supposedly comes in tins with labels that unequivocally state the contents and the price. The limits of that approach become obvious when considering fraud: putting information in a can takes so long that its contents are out of date before it has reached the shelves. Village markets were first established because of the universal need for food, whilst a modern economy is driven by the need for information. Supermarkets have led some people to forget where food comes from, and there are many in business who have forgotten where information comes from. RAG has not. It was obvious at the first RAG meeting I attended, 17 years ago, that I gained more from informal conversation with like-minded people discussing the work they had done last week than from any conference presentation that began with “my definition of revenue assurance is…” and that this remained true even if the informal conversation was with the person who had given the presentation.

Many years later I find myself needing to deal with all sorts of problems that come with playing a different role in this community. My younger self could not have predicted I would have so much responsibility for choosing the sandwiches that risk professionals eat as they converse, never mind tackling the challenges of planning a physical conference following a pandemic. But everything is still oriented around the same observation: communities manage risk more effectively than isolated individuals because human beings are predominantly social animals. I look forward to the end of this period of isolation and to seeing many of you at RAG’s first post-lockdown conference, RAG London 2021. The response has already been tremendous, and I share your excitement about bringing our community back together again.

RAG London will take place on July 7-8 at the Sheraton Skyline Hotel, right next to Heathrow Airport. Admission for telco employees is free of charge; you can register with your workplace email by clicking here.