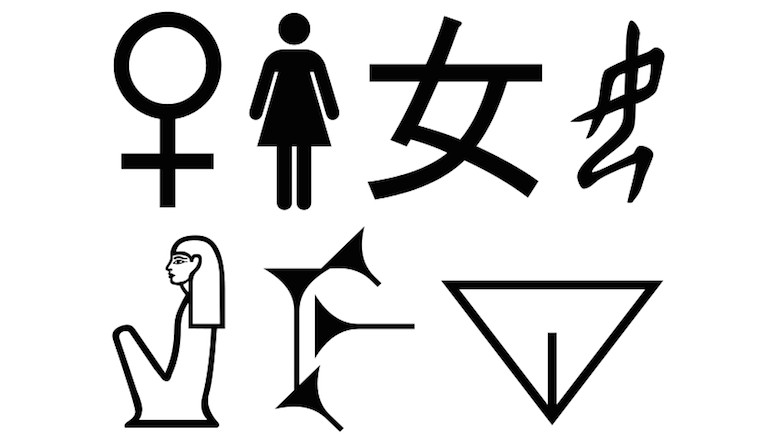 This article has a provocative title, but it needs to grab attention. During all the years I have worked in telecoms risk and assurance I have seen nothing – literally nothing – which suggests anybody is doing anything about an obvious imbalance in how many women work in our profession. I do not want the job of championing diversity in our professional community; there are enough demands on my time without volunteering for yet another thankless unpaid burden. But I would be grateful if at least the female readers of this piece took the time to respond, even if the men consider themselves too busy.

To begin with, let us start with some data. I will not pretend that I have performed a comprehensive survey of the employees of risk and assurance departments in telcos, of the vendors that supply those telcos, and all the consultants that float around this domain. But it is easy to look at the ‘leaders’ of this profession and draw some quick conclusions about gender ratios.

Yes, I did just include a committee I sit on. Now let us look at who gets to speak at conferences.

Yes, I did just include the agenda I helped to put together for RAG. Nobody, including me, should duck this argument. The gender ratio for our RAG conference would have been even worse if two female committee members had not spoken at the event. It is obvious that even a relatively gender-balanced team like the one running the CFCA is struggling to find women to set an example and take a lead in the practice of risk and assurance. What is going wrong?

There ends the data, and here starts the speculation. I cannot comment on events I have not helped to arrange, but one of the recurring issues with the RAG conference agenda is that women are far more likely to decline an invitation to speak. It can be argued that this relates to who is responsible for family care, and hence who has the time and freedom to travel. A female colleague also suggested that women are discouraged because they are not taken as seriously as men. Both of these issues need to be taken seriously, although the risk and assurance community cannot overhaul the societies we live in. However, I believe there is more going wrong. Both the data from RAG and my anecdotal experience tells me the audiences do not suffer the same shocking degree of gender imbalance as speaker rosters. If women have the time to attend and learn, why are they not in a position to teach the men a thing or two?

My experience leads to another important conclusion that will be painful for some to accept. Telcos employ women in assurance, fraud, credit and other risk-related roles, so whilst these women may turn down an invitation, there is a chance of persuading some of them to take the stage. However, when it comes to negotiating with vendors they almost invariably choose to be represented by men. There are shockingly few examples of women working in front-line sales, engineering or consulting roles of a type geared towards public speaking. This is an indictment of those businesses. They send women to events to perform secondary roles: providing marketing support, schmoozing potential clients, running their stalls. Why are so few of these women being promoted into roles where they are expected to command the attention of a large audience by sharing market leading expertise?

I have no sympathy for vendors if they are guilty of adopting a sexist approach to employing women. This profession is too small to deny any practitioner the maximum number of job opportunities they are qualified for. Though the numbers may not be equal, there are plenty of women doing risk and assurance work in telcos. If women cannot progress their careers by swapping sides and working for a vendor or consulting business then our discipline is more likely to lose their talents. We cannot afford to train women for risk and assurance jobs inside telcos, only to see them leave the field because they have no prospect of utilizing the same skills and experience whilst working for a supplier.

We do have some great women managing risk and assurance teams in telcos. The hosts of RAG London and RAG Bonn are both women: Bernice DeMarco and Gina Pesheva respectively. It is encouraging to see big telcos giving women the opportunity to succeed, and backing them with resources so they can show other telcos what leadership looks like. Though telcos are not perfect, I have worked with women in telcos operating in nations considered less accommodating to women in the workforce, such as the Middle East and Caribbean. The equal opportunities policies of those telcos often provide a positive example for other businesses in those countries. So whilst telcos can do more, I must point the finger at vendors and ask why they employ fewer women than the telcos they sell to.

Travel may be an issue for some women, and that will exacerbate the issues when working for a supplier that will often have to service customers overseas. But I believe travel may be a distraction from more fundamental issues. I can think of a very good example of a public resource that women should be free to exploit as easily as any man. It requires no travel. It can be accessed from home. All that is required is the time, talent, and motivation. Some of you will have guessed which resource I am talking about: this website. The driving rationale for using the web to encourage communication between professionals was the awareness that not everyone can jump on a plane and fly half way around the world. Mostly I worried about the barriers created by geography, but glance at the list of authors below and it suggests there may be other kinds of barriers too. Why is there literally not a single woman who currently contributes more than an occasional post to Commsrisk? It is not because women lack the intelligence. Güera Romo was one of the original group of writers for this website’s predecessor, talkRA, and she published 20 posts in total, which is a healthy contribution to this community. Then she moved on from telecoms assurance work to study for a masters degree and a doctorate in Engineering Management. Güera was an outstanding role model but I have been unable to find any other woman who is both a skilled practitioner and willing to express her intellectual qualities in writing. Why is that?

I could blame myself, and perhaps you want to blame me for not trying hard enough. But think seriously for a moment. This is a website. If women were pestering me to publish their brilliant articles about risk management and business assurance, do you think I would be turning them down? Perhaps I should try inviting more women to write, but the problem with routine rejection is that it discourages further invitations. Just like women seem to reject invitations to speak publicly, I find they dismiss the opportunity to use the web to market themselves. To save embarrassment I will not list the vendors I have literally begged – and that is not too strong a word – to promote their business by having female members of their team take a lead with writing content for this website. The situation is so dire that even though my instincts are meritocratic I would accept inferior content from women, just in the hope this would encourage the habit of writing and so lead to improvement over time, whilst simultaneously boosting the profile of their businesses, of this profession, and of themselves. But either the women do not want to do it, the bosses do not approve of them doing it, or both.

Much of this article can be read as a challenge to employers and other institutions, to remove obstacles that prevent women from succeeding. But there is also a challenge for women too: what are you doing to assume the mantle of an industry leader, and to encourage other women to do the same? If you have no time to write a white paper, do you have time to leave a comment on LinkedIn? If you are unwilling to stand on the stage and give a lecture, are you at least raising a hand and asking a question from the audience? We work in a niche. If you think it is difficult and scary to promote yourself within this niche then you will be in for a mighty shock if you try to rise to the top in a larger, more competitive field of endeavor. The world of communications risk and assurance is relatively laid back, at least when compared with the cutthroat competition I have seen in other disciplines. There are no excuses for women not to try to be leaders. A quick glance at the comments left on this website confirms that the problem is not just about the obstacles to women, but also a lack of engagement from women. That is troubling; either women think it is not worth seeking recognition in this field, or few women with ambition care to work in it.

I admit I do not have lots of solutions to the gender imbalance that we have seen year after year, but I would be keen to hear the suggestions that others come up with. As stated above, I am a meritocrat; I will not be giving women greatly preferential treatment just to create some superficial pretense at equality. But if women want to use the web or institutions like RAG to raise their profile then they have at least one male ally. What really worries me is that I could have been even more provocative, used more controversial language, but still not prompted a single woman to take positive action. And that is because, despite my opening premise, I fear that no women are reading.

A Breakdown of the CFCA Fraud Survey Results