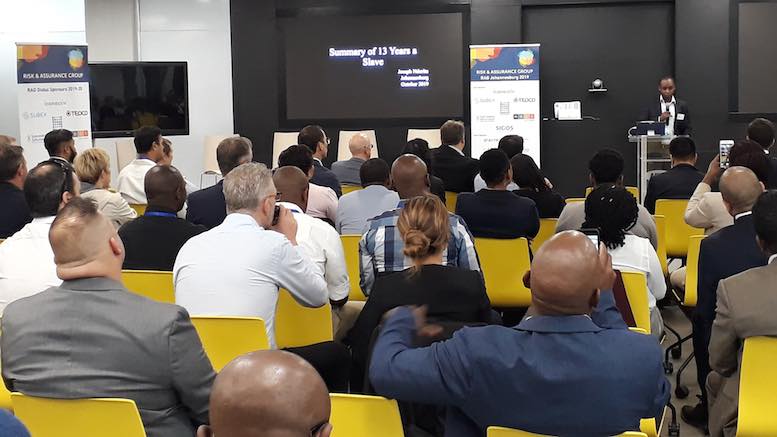 Imagine a scenario where the police comes to your telco, looking for you. When they find you, they arrest you. You are accused of conspiring to commit fraud. The police cannot explain the details of what you have supposedly done wrong. You know you are innocent, because you have always done your best to detect fraud, and would never seek to profit from breaking the law. You believe your arrest must be a terrible mistake. It later becomes clear that you are considered responsible for not preventing another business from doing something that the government describes as a fraud because it reduced the amount of tax they collected. They blame you even though you could never have known that anybody was doing anything considered unlawful. You are held behind bars, and your lawyers say there is no possibility of you being released on bail because the government also says that anyone accused of an ‘economic’ crime must be detained until they are tried. And your lawyers cannot tell you when your trial will take place, as the prosecutors can take as long as they like to gather evidence of your wrongdoing, even though there is no evidence to collect because you did not do anything. Your lawyers advise that the prosecutors have delayed the trials of similar cases for several years, leaving the accused in jail for all that time. But your lawyers have also been informed that you will be set free immediately if you agree to plead guilty and to pay a large fine. What would you do, if this nightmare happened to you?

This story is not taken from dystopian fiction. It is the abbreviated version of events that occurred to Joseph Nderitu, a respected member of our profession, earlier this year. Joseph was working as Head of Revenue Assurance and Fraud Management at Vodacom Tanzania, and their lawyers quickly agreed to pay USD2.3mn to the Tanzanian government to secure Joseph’s release alongside four other Vodacom managers, including the CEO. Joseph then spent several weeks on leave with his family. And after all that, he returned to his job of fighting fraud in Vodacom Tanzania. Joseph even agreed to extend his contract because Vodacom Tanzania struggled to find candidates willing to become the next Head of RA and Fraud. Knowing what happened to Joseph, would you want that job?

There are professions that stand together when one of their own is wrongfully imprisoned. Journalists will always protest the mistreatment of their colleagues. Doctors are sometimes wrongfully detained, and other medical professionals will fight for their release. Is there an association of fraud managers that would stand up for you, if you were falsely accused by a government of trying to extort money from your employer? Perhaps some anti-fraud associations would instinctively protect their members, but may lack the technical insights to reflect on bogus accusations in a case like Joseph’s. There are other associations that promise to protect telco revenues in exchange for thousands of dollars in membership fees, but care little for individuals, often barring them entry from the day they lose their jobs. Some associations see no profit in protecting your career from the damage done by lies. Or perhaps they see no reason to defend fraud managers from miscarriages of justice because they think that kind of thing only happens in black countries, whilst every member of their leadership team is white. Joseph’s story shows why our profession needs to change course, by caring more for the needs of individual professionals alongside worrying about the losses endured by businesses that employ us.

We must learn to look after our own, because nobody else will. That is why I am proud that the Steering Committee of the Risk & Assurance Group (RAG) did not ignore Joseph’s plight, but instead made him the Guest of Honor for this year’s African conference. Joseph rewarded every participant at RAG Johannesburg 2019 by giving a keynote lecture with more force, wit and insight than any I have heard before. He talked about the warning signs for corruption, the importance of reputation and community, and how he kept his spirits up whilst detained. There was no substitute for being in the audience and listening to Joseph’s words, but if you look below you can see the slides to his talk, entitled “Summary of 13 Years a Slave”. Please take a look at the slides and ask yourself a question: if you were falsely accused of fraud, how well would you respond?