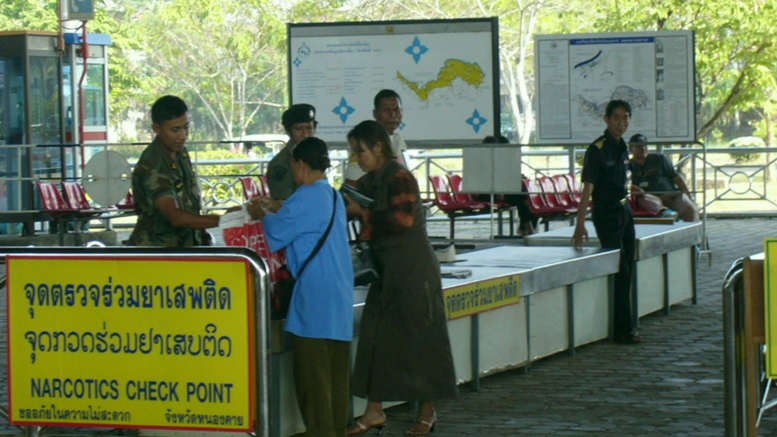 I have to give Global Voice Group some credit. They manage to get their propaganda plastered across many African websites. Normally I would call it marketing, but in this case ‘propaganda’ is a good word because they lobby for government policies that suit them as well as selling their services. And there is no good reason to make their argument in public except to put pressure on governments, who are the actual customers who will pay GVG’s bills. A recent piece that ran on several African sites illustrates what GVG is lobbying for.

…Commenting on these systems, Stephane d’Amours, Vice President at Global Voice Group, an international revenue assurance specialist, said: “Within the telecoms sector, the monitoring system plays the same role as Customs and Immigration. It checks whether the international telephone traffic terminated onto the country’s networks bypasses the legal gateways – known as bypass fraud. It also audits the declarations of the operators, so that the telecoms regulator is not forced to rely on a purely declaratory system.

The analogy is sound. There are borders between countries, and just as the movement of people and physical goods can be controlled at checkpoints etc, and subjected to taxes, so can the movement of telecoms traffic. However, there are two possible conclusions:

I do not want to get into an argument about which option is best. But obviously there are two options! You would never know that by reading GVG’s propaganda.

d’Amours explains why these checks are so important… they allow the government to collect the revenue owed to it by the telecoms sector fairly and efficiently. In fact, there are so many benefits that it is difficult to imagine any country’s telecommunications sector being able to operate successfully without this technology.

Difficult to imagine any country’s telecoms sector being able to operate without this technology? But the LinkedIn profile of Stephane d’Amours says he is from Canada, which has progressively reduced its trade barriers with the USA. If this technology is so popular throughout the world, why is he selling it in Africa and not the much larger market of North America?

The article makes it clear which countries Stephane is targeting for sales.

Revenue-assurance technology has been successfully deployed in many emerging countries such as Rwanda, Liberia, Guinea-Conakry, Congo-Brazzaville, Gabon, Central African Republic, Togo, Senegal and Ghana are using them. They have enabled the governments of these countries to create new revenue streams of ± USD 1 billion in five years to finance their development priorities and reduce dependency on foreign aid. They ensure accurate real-time collection of traffic data and enable government to enforce compliancy with the telecoms regulations and maintain total control over the whole data collection and billing process.

To be clear, lots of relatively poor African countries are raising money by taxing inbound telecoms traffic from other relatively poor African countries. I am not saying that is wrong. But I have to ask who is giving the public a balanced account of the advantages and disadvantages of this policy of taxing telecoms traffic. GVG will not do that; their lobbying is solely designed to boost their profits. They are in the business of selling border controls, so they will not be arguing for the economic advantages of free trade.

Now let us imagine if the rich club – Canada, the USA, the European Union – sat down and decided that GVG’s technology would be a great way to increase taxes imposed on inbound telecoms traffic from Rwanda, Liberia, Togo and so forth? Would those African countries then find it easier to imagine the benefits of cross-border taxes going down, instead of up?

I do not want to play favorites. Some countries tax more, some less. The point is general; there are arguments for and against taxing traffic.

To me it feels shameful to see people born in rich Western countries trying to exploit Africans. They know what has happened to the rates applied to international traffic in Western countries. Let us take the European Union as a perfect example. You may not agree with the policy, but the flattening of roaming rates and wholesale rates allows EU citizens to call other nations in the EU, without needing to spend more than they would for a national call. The EU’s policy is designed to ensure that EU citizens can cross borders without having to pay more to use their mobile phone, no matter which EU country they roam.

You may think the EU’s policy is wrong, but it is the policy. The EU believes this is better for the economy overall, irrespective of how much telcos would like to charge other telcos, or how much governments would like to raise by taxing people who live in other countries. So why would a rich informed Canadian like Stephane forget to mention the way the EU thinks about pricing international traffic? Why is he talking as if the African countries are following the lead of every other nation in the world, when the countries he sells to are doing the opposite of what is happening in rich Western nations? We know why Stephane is doing it, which is why it is a shame that ordinary Africans will not hear enough opposing voices to deliver some balance.

There is one small comfort. GVG may be desperate to make money now, because OTT traffic threatens to render their border patrols irrelevant. OTT will do to traffic monitoring what jetpacks would do to checkpoints on major roads – it allows the traffic to fly above the borders, without anybody being able to stop it. So Africans may not have long to wait before they all evade these taxes anyway, and nobody will need to ‘imagine’ what life is like without GVG’s monitoring, because no traffic will be usefully monitored any more. The African governments who do deals with GVG had better collect their taxes fast, whilst they still can…