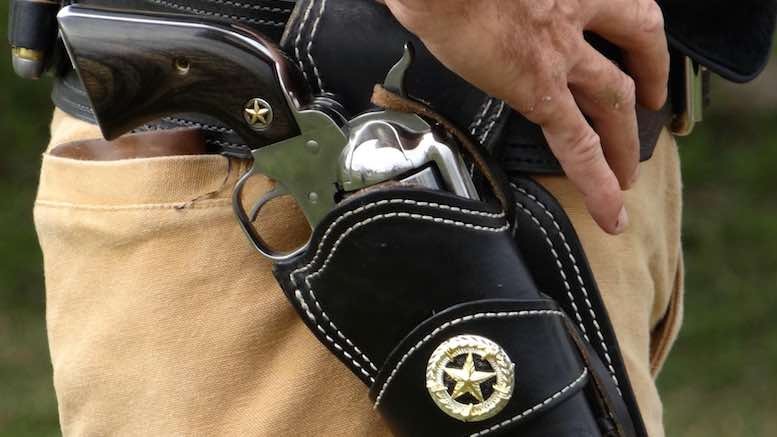 At its annual Fall Apple event in September 2015, Apple introduced lots of new product stuff: the iPhone 6S, the jumbo iPad, and Siri on Apple TV. But the real story of this event was not product innovations, it was Apple’s entry into the carrier customer ecosystem via its new “iPhone Upgrade Program”. Offered exclusively at their US Apple Retail stores, the iPhone Upgrade gives subscribers the latest unlocked iPhones every single year. That’s half the usual 2-year phone upgrade cycle that carriers offer to US consumers.

What is the cost of an iPhone Upgrade? Only USD32.41 a month (seriously, Apple, what’s with the extra 41 cents?) and it includes the AppleCare+ service that protects subscribers against hardware and software problems. This aggressive move by Apple unlocks the phone, and it also considerably loosens carrier handcuffs.

Unlocking the Customer Handcuffs — Round 2

So what does this all mean? Well, before you get too excited, recognize that we’ve been down this road before. I know twelve years is a long time in this industry, but there actually was a time when you couldn’t port your US mobile phone number from one carrier to the next. You were locked into your current carrier — unless you were willing to put up with the hassle of informing all your friends, family, co-workers and clients of your new number.

All this changed when wireless local number portability (WLNP) arrived. From that moment forward, carrier lock-in essentially ended. Wireless churn suddenly became a big issue and ultra-competitive pricing emerged to retain subscribers or lure them from competitors. WLNP will go down in history as a big milestone: it made it possible for everyone to afford a wireless device.

But even with WLNP, there remained one more portability hurdle to overcome: the handset itself. Until recently, all handsets were “locked” to the carrier of choice for a 2-year contract. This enabled the carrier to recoup the subsidy paid to acquire the consumer in the first place. But in 2014 and 2015, even this model got disrupted. Fueled by T-Mobile’s UnCarrier initiative, the concept of long-term contracts started to evaporate.

And with Apple now allowing consumers to buy direct, you can bet that got the carriers’ attention. In fact, within 4 weeks of Apple’s September event, all four major US carriers started offering some form of the new model. Some plans were priced as low as USD5 per month.

The Business Model Change — from Capex to Opex

So what ’s the impact of this change on carriers — and how does it benefit Apple? Well, Apple’s strategy is as simple as it is deadly to carriers: skip the middleman. If Apple can get customers to shift to its never-ending opex model — which guarantees subscribers the latest unlocked iPhones each year — Apple takes a big bite out of carrier ownership of the subscriber relationship. Apple would also gain a more predictable financial model because they already know who is going to get upgrades and when.

So close your eyes and think forward 3-5 years. Then again, forget that idea. Keep your eyes open: if Apple is widely successful, why would anyone ever go to a carrier store again to purchase a phone? So will carrier stores become as antique as brick-and-mortar banks — rarely visited except for those unique cases? That’s clearly the threat. With Apple’s new program, wireless customers can do everything they want to without setting a foot in a carrier store! Apple becomes the entry point for not only getting a new phone but potentially putting me on their new “Apple Wireless” MVNO network similar to what Google is doing with their recently launched Project Fi offering.

Is my fear of the Apple threat overblown? Well, consider this: if you decide to buy your phone from them and sign up on their network, Apple could offer you all kinds of discount packages featuring Macs, Apple Watches, TVs — you name it. And even if this doomsday scenario is only partially realized, Apple and Google MVNOs are given plenty of room to grow. If those MVNO businesses take off, it means wireless carriers could be reduced to nothing more than a mesh of network nodes combining Wi-Fi with xG LTE networks.

As a subscriber, I may no longer care which network I’m on. I will only care that I’m on the best possible network supporting my location and the specific task at hand. One moment I’ll be on T-Mobile’s network, then I’ll jump to Verizon Wireless and finish on a Wi-Fi network without ever knowing it. The Matrix finally arrives.

What Can Carriers Do?

Fortunately, mobile Armageddon hasn’t yet arrived. There is still time for carriers to regroup, assess their situation, and take action to avoid the proverbial “dumb pipe”. To thrive in this brave new world, carriers clearly need to think beyond the boundaries of their own network and start creating their own subscriber ecosystems. Carriers need to become one-stop-shops and do a better job of anticipating my needs across my household.

One option carriers have is to offer network-resident services that are easy to deploy and cost almost nothing to deliver. For example, parental controls for mobile phones is a big value-add for families. In fact, Allot Communications is successfully selling this service to operators in Europe (see here).

Consumers will certainly pay for value, but that value needs to be tangible: either in real dollars or saved time/simplicity. However, if the key objective is boosting loyalty to the carrier brand, charging $5 or $10 month for a service that costs 50 cents to deliver is a shortsighted strategy.

Business transformations are never easy. Can carriers deliver the right, value-added services and get agile enough to retain customer control against MVNO competitors like Apple and Google? Only time will tell — but think of the alternative. If carriers focus too heavily on their networks and fail to build a strong consumer ecosystem, then becoming a pure play — and dumb — pipe provider just might become a self-fulfilling prophesy.

So what do you think? Would you subscribe to the Apple MVNO if it was available at the right price? How should carriers react to this potential new competition? Leave your comments below or email them to me and we can discuss the best responses in a future article.

Brian is an entrepreneur, visionary and leader with over 20 years of experience in the telecommunications industry. Most recently he co-founded Connectiv Solutions, a firm which specialized in traffic analytics and cost assurance, and which was subsequently acquired by WeDo Technologies.