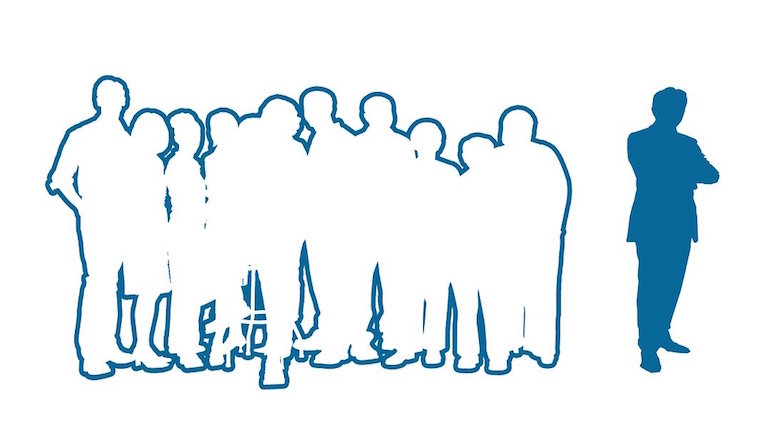 Most of the data and technology that can be used for revenue assurance can also be used for fraud management. Many controls can be designed to serve both purposes too. And when evaluating the financial benefits delivered by these disciplines, it would be strange to use inconsistent measures of the potential risk or the value delivered. On the contrary, most surveys suggest that investments in revenue assurance deliver a similar return to investments in fraud management. These factors mean the majority of vendors serve both kinds of customer, and has encouraged most mature telcos to organize their revenue assurance and fraud management functions under common management. But when we talk about training or professional communities, much more is spent on developing and educating fraud managers compared to RA managers. Why is this?

To answer this question, we must first appreciate some key facts about the organizations that seek to attract telecoms fraud and revenue assurance practitioners.

This is the reality of the intellectual terrain we inhabit. What does it tell us about the investment in professionals employed by telcos?

One key takeaway from this analysis is the gaping difference in the education budgets that wealthy telcos allocate to their fraud managers compared to their RA managers. It is not unusual for a big telco in a rich country like the USA or UK to allocate thousands of dollars just on the membership fees for associations that only cater to fraud managers, whilst they choose to spend nothing on providing equivalent opportunities for RA managers to network and learn from each other. Bodies like the CFCA and TUFF expect to earn the bulk of their revenues from telcos, even if none of the telco’s employees are able to attend a single one of their meetings. They pay in advance for the right to attend; the coronavirus pandemic clarifies how this differs from paying to actually attend. Membership fees are also charged for the right to participate in conference calls, begging the question of why a service that is as simple as arranging a phone call is charged at such a high premium when the real value lies in the information donated by the participants.

A body like the TM Forum may appear free to RA managers, but that is only because the budget for membership of the TM Forum, like the budget for membership of the GSMA, is covered at a much higher level. Demanding fees at that level means telcos have an all-or-nothing decision, making it impossible for an RA manager in a small telco to pay a fair price for accessing the TM Forum’s RA content without committing the telco to purchasing everything else covered by membership.

Even when an RA manager is able to attend a worthwhile RA event they probably will not have the travel budget to participate. So whilst an American fraud manager will have budget for membership fees for their preferred associations and the travel budget to attend that association’s conferences, some of which occur outside of the country, the American RA manager cannot afford to travel to an equivalent conference, even if admission was free for them. Only a few European RA managers have some budget to travel to RA conferences. On every other continent RA managers are expected to learn from their own experience, not from other RA managers.

In developing economies the RA manager is no better off than the fraud manager because neither receives the funding nor time needed to engage with peers. This leads to a vicious cycle of poor education. The best source of information is a fellow professional with real hands-on experience of using the latest tools and techniques to address the most current risks, but if those professionals cannot share their advice, then you cannot learn from them. The most cost-effective event is one which many attend; the least cost-effective is one which hardly anyone attends. So professionals working for telcos in poorer countries suffer not only from the lack of budget in their own company, but they also suffer from the lack of budget for professionals in neighboring telcos.

Lower overall levels of spending on information sharing makes it easier to take advantage of telcos and their employees. Because they have fewer opportunities to learn, they are more likely to over-spend when a low-quality opportunity arises. This is why an American who has never worked in telecoms fraud management can successfully sell training in fraud management to genuinely experienced fraud managers in Africa, although he has no customers and no relationship with serious fraud practitioners in his own country.

The Universality of Fraud

Every sector suffers from fraud, and this also offers a crucial advantage to fraud managers. Their careers benefit from the connections and similarities with the frauds suffered by a much wider range of organizations. They can draw upon common resources for which there is no analogy in the field of revenue assurance. And they have opportunities to sustain and develop their careers by moving between sectors when it is much harder to do that in revenue assurance.

We are seeing some tentative application of the principles of revenue assurance in other sectors, such as utilities and banking, but progress has been slow. Telco RA professionals must carry the burden if their discipline is to make progress, though they might also hope to foster new allies amongst businesses that offer internet-based services such as content streaming and online retail.

Hang Together, or Hang Separately

Some associations present themselves as global without having any viable route to becoming global. Others are content to focus on a few rich countries. It is possible to run a sustainable association following either of these paths. But ultimately the best resources for education and intelligence sharing are created by pooling the contributions from a very large number of telcos, as demonstrated by the RAG Leakage Catalog, a crowdsourced inventory of revenue and cost leakages. The ability to pool resources is why the GSMA FASG works so well, and it was a terrible shame that the GSMA decided to snub the field of revenue assurance.

Just saying you would like everybody to fly to your country to participate in your meetings, and you would like everyone to buy your training course is not the same as having a strategy to deliver services on a global scale. Sometimes we need Africans to teach Europeans, and Asians to teach Americans. The assumption that all learning flows from rich countries to poor countries is flawed, not least because the risk environments differ greatly and the innovation in developing economies can ‘leapfrog’ that in the West, such as has occurred with the adoption of mobile money. However, no association has an unlimited marketing budget, and far too much needs to be spent on cutting through the misinformation spread by bodies that have no serious intention of reinvesting any surplus they generate into increasing the scale of the services they provide to telecoms risk professionals.

It is not hard for a fraud manager to understand the benefits of being taught about a real-life fraud that some other telco has already identified and dealt with. The same principle should apply to revenue assurance, but it does not. One reason is vanity; it may be embarrassing to talk about being exploited by a fraudster, but it is easier to discuss the harm done by a criminal than the harm done by the mistakes of a colleague. Natural human inhibitions about confessing to mistakes leads us to pretend they do not occur. But why bother doing revenue assurance if we cannot learn about mistakes? Losing face is painful, but so is losing money. Learning from each other’s mistakes is far cheaper than each of us making the same mistakes and remaining silent about them.

The disparity between fraud and revenue assurance should be evident to anyone who types those words into Amazon. Whilst there are thousands of books about fraud, the only books you will find about revenue assurance are mine (published in 2011), the book by Mark Yelland and David Sherick (published in 2009), the books of Rob Mattison (which are older still), and some more recent books by scam artists who are even worse than Mattison. That is all the collective knowledge that the RA profession has made publicly available.

There are some fraud managers who have exchanged information with peers in other telcos for as long as I have worked in telecoms, but you can count on one hand the number of RA professionals who have actively pursued collaboration throughout that time. RA professionals need to find the courage and means to cut through and make themselves part of something bigger. And those managers who belong to both the anti-fraud and revenue assurance communities need to step up and admit the divide is unhelpful for them too. It is impractical to expect an RAFM manager to attend separate events and build separate networks to learn about fraud and revenue assurance, and RAFM managers should resist the temptation to accept the status quo.