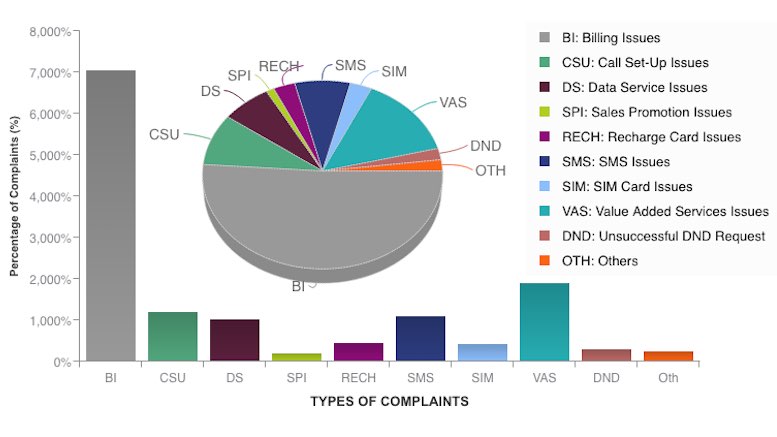 Some of the problem stems from what the NCC describes as a billing issue. Not many would list “inability to change tariff plan” amongst typical billing problems found worldwide, not least because it sounds like a policy decision related to the life of a customer’s contract. However, perhaps an unusual revelation shared with the Q2 2017 complaints report indicates most issues in Nigeria are more specific than they may appear at first glance.

…as a matter of fact, deductions from consumers’ accounts for activations of unsolicited Value Added Services (VAS) and SPs’ promotions constitute about 80% of the Billing related complaints.

Breaking out detail like this is important because it helps telcos to avoid wasted effort on unnecessary solutions to phantom issues. Regulators often share as little complaints data as they can. What information they do share is often made as opaque as possible. This is a mistake. Telcos worldwide use pretty similar systems and processes to perform pretty similar activities. Although there will be cultural and commercial differences between countries, telecoms customers would benefit from the systematic highlighting of the most widespread telco flaws. In contrast, I recently saw one vendor proposing a solution to Nigeria’s billing complaints that could not possibly have an impact on an issue like the unsolicited activation of a service.

We owe it to customers to present them with accurate charges for the services they consume. The problem is that there are many ways to get things wrong, but only one result which is correct. Better data would help telcos to focus on the issues that affect and upset most customers. Regulators can lead the way. So whilst Nigeria’s regulator is better than many others, the limited granularity of information in their reports illustrates how all regulators could do a better job of diagnosing the faults of telcos.