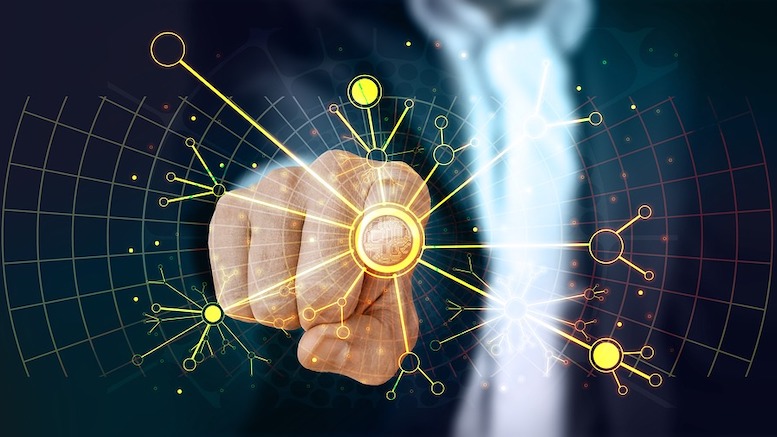 Have you noticed any of the businesses that market artificial intelligence (AI) as a solution to your problems? If you work in risk management for communications providers then you can hardly fail to notice the proliferation of businesses that have eagerly spent the last few years promoting the benefits of AI. There is no doubt that the power of AI has increased whilst the cost has decreased, so it is now far more likely that the technology can be profitably employed to reduce errors and mitigate the risks faced by most comms providers. However, the strategy for marketing AI to this professional community is deeply flawed. I make this observation based on four qualifications:

To illustrate why AI is marketed incorrectly, let me identify some important products that have made a difference to your life, but which you are unlikely to have seen marketed.

Everybody knows the engines on a plane matter, and you have seen the engines on the planes you have flown upon. You do not see the customer management system of your insurance provider, but you are conscious that your claim will not be addressed unless they use some kind of system to handle claims from customers. You probably work for a telco, and consequently you have some level of understanding about the importance of fiber optic cables to providing comms services, though there is a good chance you have never thought about the machines needed to make glass that is so pure and strong that it can carry extraordinary amounts of information along its length. Each of these technologies has made your life better, and improving these technologies will make your life better still, whether it means your flight has a shorter duration, your insurance claim is processed more rapidly, or the cost of your broadband internet service is reduced. However, you did not choose to go on holiday because you approved of the plane’s engines, you did not purchase insurance because you knew about the provider’s customer management system, and you did not visit Commsrisk because you were impressed by the curing furnaces used by manufacturers of optical fibers. Those technologies are a means to an end, and you are interested in the ends, not the means. AI is also a means to an end. The marketing of AI is deeply flawed because it keeps referring to the means, whilst providing almost no examples of ends that you care about.

Vendors are afraid to talk about the goals that AI might satisfy. They think that if they spend time elaborating one purpose, then you will fail to acknowledge the many other objectives that might be addressed using AI. This is like being afraid to advertise skiing holidays because people might think planes can only be used to fly to skiing destinations. There are people who lack imagination; if you give them only one example of how a technology can be used, they will believe that is the only use for that technology. However, the solution to this problem cannot be reached by refusing to give any examples. An intelligent person can make the mental steps from a special kind of glass furnace to using light to send signals to transmitting data long distances to reading Commsrisk or making a purchase on Amazon or watching a film on Netflix or all the other uses of the internet. If you fill in some of the blanks, then other people will riff upon those ideas and come up with other use cases. However, even an intelligent person would struggle to make the leap from a special kind of glass furnace to the internet unless you first gave them some explanation of what fiber optic cable is, and some illustrations of what it can be used for, in concert with other technologies.

Occasionally popular culture comes up with a way of describing common business mistakes in a fashion that everybody can appreciate even if businesspeople remain prone to repeating those mistakes. The makers of the animated series South Park launched a thousand memes with the business plan of the underpants gnomes:


Replace the words ‘collect underpants’ with ‘artificial intelligence’ and you have the marketing pitch of almost every business that tries to sell AI to risk managers in comms providers. There will be some ways to make money from deploying AI, just as there are some ways to make money from underpants, but nobody is going to treat profit as inevitable if you refuse to discuss the second step in the three-step plan. So why do vendors make this mistake? I suspect there are two reasons, one of which relates to pride in one’s own work, the other of which is because the business does not understand its customers.

When I was studying in the Computer Science department of Liverpool University I once wrote some amazingly efficient code in assembly language. But even though the code was superb I never tell anyone about it because nobody cares. I knew how to prove my code was incredibly efficient compared to other people’s code but it does not matter because it was written to solve a problem that nobody else wants to solve, and because I never intended to pursue a career in writing code. My success mattered to me, but it does not matter to you. Anybody who ever made anything would have liked to be appreciated for the finest thing they ever made, and software developers are no different to other people. But there is no straightforward relationship between the quality of the software they develop and the interest of the people it might be marketed to. I lack the knowledge to differentiate between good AI and bad AI, just as I cannot tell what kind of furnace is best suited to creating fiber optic cables. When selling a product, its qualities must be related to the interests and understanding of the prospective purchaser, not those of the people who made the product. My fear is that businesses selling AI get so absorbed by thinking about what they are making that they fail to empathize with the supposed customers.

We all recognize that empathy is important, but one of the greatest challenges in marketing is to show empathy when trying to relate to a wide variety of people that each have different interests. An airplane engine can take us to many destinations, a fiber optic cable can carry many kinds of data, and there are many use cases that can potentially be addressed by AI. Vendors appear to be paralyzed by the fear that they will reveal their ignorance of their customers by describing use cases which they hope will interest the customer, but which might not interest them at all. Perhaps the customer will fill the blank if the vendor says nothing. This might sometimes prove correct, but it shows a lack of confidence in the product being pitched. If the vendor is not willing to state reasons why customers should want to buy AI, then what made them think anyone would buy it? Or to put it another way, if vendors are not able to give a straightforward explanation of the benefits of AI to customers, then vendors are not able to tell their shareholders why they expected to generate a profit by making AI-powered products. This may explain the real reason for all the hype around AI; it could be that investors want to put money behind AI-powered products although they lack any clear idea of who will buy them or why.