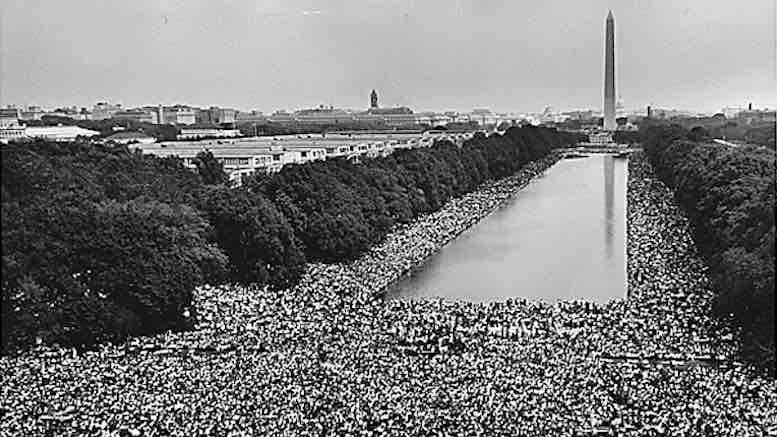 Fundraising for the Risk & Assurance Group (RAG) means I spend plenty of time talking to vendors of revenue assurance and fraud management solutions. I ask them what they want from a conference, but their most common request is something I cannot promise to deliver. Put simply, RAFM vendors keep telling me that they want other RAFM vendors to: shut up, stop selling so aggressively, stop lying, and start behaving themselves.

I take it as a compliment that vendors keep complaining to me about other vendors. They must think I agree with them, and I do. And I am glad they keep telling me how they are angry and frustrated with a minority of their competitors, because it means RAG has the right instincts. None of the volunteers who run RAG are doing it because they want to add another boring sales-a-thon to a calendar of conferences that routinely promise to share the ‘latest trends’ (too often addressed by buying products that have not changed for five years), or to share ‘award winning case studies’ (when the only way to win an award is to spend a fortune on new software).

The credibility of most RAFM conferences is in terminal decline, and rightly so. Not everyone can be buying everything every year. Some of us need to make progress during the years between big purchases, and we might need advice on how to do that, so our bosses will still have some respect for us when it is time to demand more budget for automation. But whilst I enjoy a bitchfest as much as the vendors I talk to, bitching to me about the bad behavior of vendors is almost pointless. I may have achieved almost nothing in my career, but I do feel confident of making one claim: nobody has bitched about RAFM vendors as loudly, or as often, or for as long, as I have. The law of diminishing returns means nothing will be gained by my bitching even more. If you want RAFM vendors to behave themselves, do not just bitch to me about it – you should bitch to everyone about it.

As counter-intuitive as it may seem, vendors need to take the lead with demanding high ethical standards from each other. They have more resources and more reasons to challenge the scumbags that drag them all down. Vendors should do it because it will boost their long-term profits, whilst I only do it for short-lived fun.

You do not have to work in RAFM to understand the potential consequences when everybody waits for somebody else to tackle a problem. The fall from grace of a certain Hollywood producer illustrates that change may be sudden, but the worst people will get away with the most disgusting behavior for decades if nobody is willing to denounce them.

I sympathize when a vendor complains that a rival gave a presentation which was too focused on sales. But I cannot throw a speaker off the stage when they test the boundaries of what is allowed. The most RAG can do is to give feedback to the speaker’s boss, and to deny speaking opportunities to individuals and businesses that overstep the mark by too much, and too often. But that also means gifting revenues to rival conference organizers, who also compete aggressively for telcos to attend their events. That means high standards must come at a price, not just for RAG, but also for the sponsors of RAG.

For similar reasons it is not possible for RAG to stop vendors dragging telcos out of an auditorium, effectively reducing the audience for other speakers. We can curb that kind of behavior by giving warnings, and by ultimately barring the worst offenders from future events. But you do not need to be an official representative of RAG to tell somebody off. Vendors should be prepared to challenge other vendors. If they do so, they will make it easier for RAG to stop the selfishness that undermines our events. For every vendor we punish, we need several more vendors that are on our side, upholding the standards they expect others to comply with.

Let me be clear that RAG is doing everything it can to clean up the conference scene. We are taking on everybody at the same time: rival conference providers, badly behaved vendors, naughty consultants, and even telcos when necessary. Telcos like what we are doing. Consultants with integrity are keen to put some distance between themselves and their less reputable rivals. Other conference providers are unlikely to change their ways, so that means ethical vendors are key to shifting the balance in our collective favor. Barring a bad vendor comes at a cost, and we need good vendors to understand and appreciate the benefits they receive as a result.

At this stage of a lengthy rant I usually cite Amdocs as an example of a recalcitrant vendor that always rides roughshod over any custom, rule or principle. This article is no exception. But let me be utterly clear: I keep citing Amdocs because they repeatedly fall below the standards of their competitors. There is plenty of precedent, because the complaints I raised here, here, here, here, here, here, and here are all based on separate cases when Amdocs employees acted like jackasses. So you can imagine how I felt when Amdocs became the first vendor to break the rules of RAG Sydney, a conference which is not even scheduled to take place until 30th January 2018! To stop vendors hogging seats at our free conferences, RAG will only guarantee free seats to employees of telcos, sponsoring businesses, and named individuals who we put on our guest list. The RAG website clearly states who may use the registration form for telcos:

Managers and staff employed by telcos can attend RAG Sydney for free by registering in advance using the official email address of their employer. The registration form is below. RAG will reject registrations for free seats that come from individuals who are not employed by a telco, or who use an email address not associated with the telco they work for, and may permanently ban individuals who deliberately misuse this registration form.

So can you guess which vendor employs an individual who used their Gmail address to try to register for a seat reserved for telcos? In case you are still unsure of the answer, it is one of the following:

I am heartened to see that some other vendors are now taking the novel step of openly sharing Commsrisk posts that shame Amdocs. Nothing can be gained by my criticizing them any more than I have already. Somebody else has to voice their complaints, or else they will go on like this.

Those who protest may not always succeed, and they may not always deserve to succeed. But they have the chance to effect change. The more who stand up for decent principles, the better their chances, as illustrated by the thousands who have taken to the streets for protests that changed the course of history. Meanwhile, those who remain silent will change nothing. Nobody is asking RAFM vendors to start marching for justice in this industry, but they can do a lot more at very little cost or risk to themselves, and the more that are willing to lead change, the better their chances of success.

Though there are businesses that do not care about ethics, they may still care about their reputation. That means vendors who want competitors to behave ethically need to turn reputation into a lever. If other vendors ruin conferences by pursuing sales too aggressively, then tell them, and everyone else. If you catch other vendors breaking and bending the rules, then tell them, and everyone else. If other vendors deliberately mislead telcos, then warn those telcos, and everyone else. Vendors have a voice; it can be used to denounce others as well as promoting themselves, and even a small contribution to the widespread expression of displeasure will encourage others to do the same, and so curb the worst offenders. The technique will not work if everybody is as bad as each other, but it can work if the majority of good vendors team up to tackle the minority that drag everyone down.