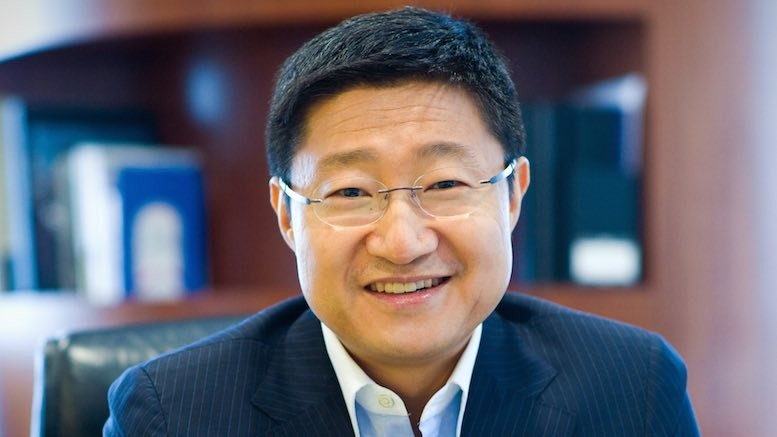 Gregory Lee, President and CEO of Samsung North America (pictured) recently shared his optimism for 5G. Speaking at Rutberg’s Future:Mobile conference he stated that 5G would arrive sooner than people expect, and that the speeds would allow musicians to play together remotely. That sounds exciting, but there is still a lot of argument about what 5G is and how it will work. And some of these arguments may be driven by a very old fashioned concept: having national champions in key industries.

National champions may be all the rage in sports, especially in an Olympic year, but the notion is less certain when it comes to hi tech. Some say that the global nature of technology renders the idea obsolete. Nokia may be a Finnish-based company, but its current woes have mostly to do to with misreading where the winds were blowing in the mobile phone industry internationally. The company may have a long tradition in Finland and Finns have taken justifiable pride in its successes. But ascribing to Nokia the status of a national champion, under this view, overemphasizes the role of the company’s historical roots, the current importance of its Finish center, and might even serve to hamper the efforts of the company to right itself in the marketplace.

What is true for Nokia and Finland (5.4 million people) may not necessarily apply to China, with its over one billion inhabitants and massive economy. Where national concerns about technological development are it issue, China is arguably front and center. Those who argue that national champions are a thing of the past would be well-advised to pause and consider what is going on in China. A leading example of this is the state of development in the emerging 5G wireless technology. The salient point is that the 5G technology being developed is going off in two different directions, which may be called the ‘evolutionary’ and ‘revolutionary’ approaches.

The main proponents of the evolutionary approach are the incumbents, who have invested vast sums in the current technology and who might be seriously harmed by any disruption to current technological paradigms. A notable example is Qualcomm, a/the (?) leading chip-design company, which has introduced the world’s first chip-set for 4G technology. Not surprisingly, Qualcomm will want to continue to be the leader in 5G and beyond.

Sceptics suspect there may be an “industrial agenda” at work, that favours Chinese equipment-makers and lowers the patent royalties these have to pay. The more different 5G is from 4G, the higher the chances that China can make its own intellectual property part of the standard.

The payment of patent royalties in the telecom area has been a particularly contentious issue in China, with Qualcomm at the crosshairs of the dispute. In that connection, in February 2015, Qualcomm agreed to pay USD975 million dollars to resolve claims of violations of the Chinese antitrust laws in connection with the company’s royalty and licensing practices. Qualcomm is known for its aggressive licensing approach, and China is not the only country that has taken them to court. South Korea has also taken action against Qualcomm (and is another country where the concept of national champions still thrives).

However, what is at issue is not merely the level of the royalties being paid, but the national identity of the companies to whom such payments are being made. In particular, the apparent hope is that local Chinese entities will more and more replace companies such as Qualcomm as the source of such chip sets. Clearly, the adoption of the so-called revolutionary approach will assist this process, assuming that Chinese companies will be leaders in developing this technology. Is this a policy of promoting national champions by a different name in the field of wireless technology? Perhaps.

What exactly do we make of the supposed lower royalty rates that will be charged by these Chinese companies? Assuming that these Chinese companies will also seek customers abroad, will these customers also enjoy these lower rates, or will they be charged a different (i.e. higher) rate? Should the answer be “yes”, might we not see the unfolding of a multi-tiered pricing system where local rates are determined, at least in part, by national requirements, while rates abroad are set on the basis of other considerations, including market power? We are clearly only in the first scene of what promises to be a multi-act hi-tech drama.

The original version of this article was written for the IPKat by Neil Wilkof. It has been reproduced under a Creative Commons CC BY 2.0 UK Licence.