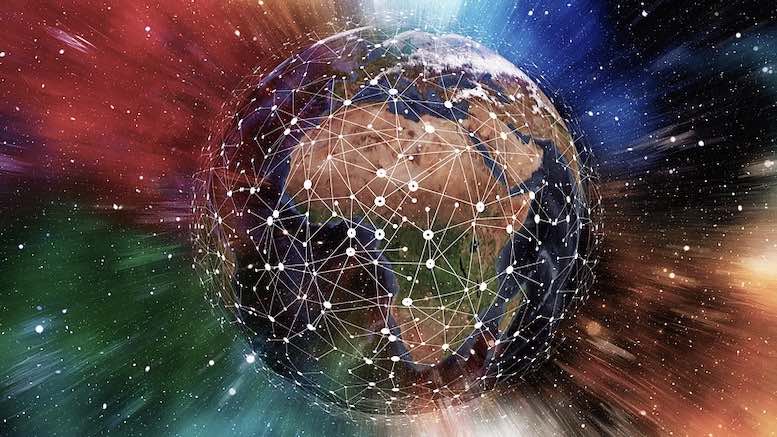 A blockchain-based settlement technology could become the foundation for borderless transfers of mobile money all around the African continent following the announcement of a partnership between payments provider MFS Africa and interbank payment innovators Ripple. The enterprise cryptocurrency technology developed by Ripple has long been touted as a possible successor to the SWIFT messaging system for interbank settlement, though doubts have lingered about the volatility of the underlying cryptocurrency, XRP, which is currently worth around USD0.40 but which was worth USD1.00 a year ago. MFS Africa was founded by the former Head of Mobile Money International Development at MTN Group with the goal to make international payments “as simple as making a phone call”. The payment hub of MFS Africa reportedly can be used to transfer money between 400 million mobile wallets across 35 African countries. Ripple’s technology is designed to minimize the costs associated with moving money, making it appealing to those who would like to unlock economic potential by encouraging international micropayments for services delivered online.

Using distributed ledger technology to enable interoperability between different mobile money providers is not a new idea. In 2020, academics at the University of Zambia wrote a paper proposing a blockchain-based scheme for mobile money transfers. At the beginning of this year, Samuel Kori of Bournemouth University wrote a paper suggesting blockchain could be used to improve the security of transactions passing between mobile money providers in Ghana. There is a big difference between a theoretical analysis and making technology work effectively in practice, but the founders of Ripple have pursued a viable cryptocurrency method for bank transfers since 2005, giving them enviable insight into how to address problems relating to the speed of processing large volumes of transactions. As a consequence, Ripple are the technical partners of the Mojaloop Foundation, a nonprofit organization which develops open source software that makes payments systems interoperable. Mojaloop has the backing of the Bill & Melinda Gates Foundation and Google, amongst others.

One obstacle to success is a legal action brought by the U.S. Securities and Exchange Commission (SEC) against Ripple, its CEO and a founder, for allegedly selling unregistered securities. The SEC argues that XRP was sold illegally because it is a security and not a commodity. Securities are regulated and Ripple should have registered XRP as a security per the SEC’s claims. Ripple has countered in court that the SEC has failed to prove sales of XRP constituted an offer of an investment contract. If they did not, then XRP does not meet the definition of a security per federal law. Both the SEC and Ripple have given their final submissions to the court. It is widely speculated that a settlement will be reached soon, and possibly before the end of this week. Meanwhile, SEC Commissioner Hester Peirce published a proposal earlier this year that would exempt creators of new cryptocurrency tokens from the need to register their tokens as securities during the first three years of development.

Whatever the outcome from the legal fight between Ripple and the SEC, the hostility to cryptocurrency expressed by some US institutions is partly motivated by a desire to maintain current US domination of international banking, which is threatened by the exchange of cryptocurrencies via methods that bankers can neither monitor nor obstruct. Facilitating low-cost financial transactions may not be a priority for the US government, but a 2021 survey by the Federal Deposit Insurance Corporation (FDIC) found that 4.5 percent of US households are unbanked. It is ironic that official hostility to new technology may soon leave unbanked Americans in a worse position than the previously unbanked Africans who now have affordable access to financial services thanks to the rapid adoption of new technology.

Sub-Saharan Africa, Central Asia and Oceania are the only three regions predicted to still have a growing population by the end of this century. By then, approximately a third of the world’s population will be African. Economic and population growth within Africa may not interest those international businesses which never look beyond the profits they will report each quarter. However, those with an eye for the future can see how much value would be unleashed if African productivity was raised to the current levels found in India or China, never mind those enjoyed in the West. The current population of Africa is similar to that of India and China, but is split between 54 or 55 different countries, depending on who is counting them. Easing restrictions on cross-border economic activity would play a vital role in accelerating African growth. Transparent ledgers that cannot be corrupted by middlemen will also be essential if the wealth generated is to remain in Africa. Many ordinary Africans already possess all the tools they need to buy, sell, and pay for services, thanks to the twin revolutions delivered by mobile phones and mobile money. If the marriage of blockchain and mobile money can be made to serve the interests of all Africans then it will release enormous latent potential.