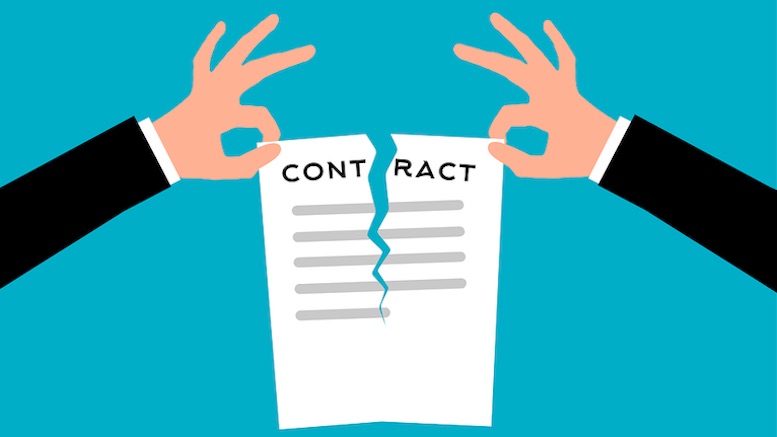 In recent articles I have focused on the history of corruption in some major telecoms businesses, and how governments have failed to hold them to account until journalists pieced the stories together and brought them to the public’s attention. It appears that shareholders often lack sufficient influence to remove crooked business executives, whilst those executives may calculate they stand a reasonable chance of getting away with their crimes, and little chance of punishment if prosecuted. However, both investors and executives should be aware that corruption may come back to haunt them – by interfering with future business deals. In November 2021, Ericsson announced a USD6.2bn cash offer to acquire Vonage, a global provider of cloud-based communications headquartered in the USA. The offer received the unanimous approval of Vonage’s board and the merger was expected to complete in the first half of 2022. But is the deal now at risk because of revelations about bribes paid by Ericsson in the past?

Regular readers will know that in December 2019, the US Securities and Exchange Commission (SEC) announced that Ericsson had signed a Deferred Prosecution Agreement (DPA) and paid the SEC and Department of Justice (DoJ) penalties of over USD1bn in relation to bribery allegations covering the period from 2011 to 2017. Ericsson admitted that its subsidiaries obtained business by maintaining slush funds and creating sham transactions and invoices which allowed third parties to pay off officials in Saudi Arabia, China, Djibouti, Vietnam, Indonesia and Kuwait. In exchange for the bribes, Ericsson received lucrative contracts valued at approximately USD427mn from state-owned telecommunications entities in these countries.

Unfortunately for Ericsson, in February 2022, the International Consortium of Investigative Journalists (ICIJ) revealed an internal Ericsson investigation from 2019, which described suspect transactions and possible corruption in Iraq between 2011 and 2019, including suspected payments to the Islamic State (IS). Whilst Ericsson had already paid a billion-dollar penalty to the US authorities, the DoJ says Ericsson’s management failed to disclose their suspicions about corruption in Iraq which was covered by their settlement. Following the ICIJ revelations, Vonage’s stock value fell because of concerns that a review by The Committee on Foreign Investment in the United States (CFIUS) could delay the deal. Subsequently, DoJ has been investigating the leaked Iraq report and Ericsson has conceded that further penalties may be imposed.

There was more bad news for Ericsson in April 2022, when Swedish prosecutors confirmed they had opened a preliminary investigation into alleged bribes paid by Ericsson in Iraq. To make matters even worse, the trial of four former Ericsson employees accused of bribery in Djibouti began in Sweden’s Solna District Court on 25th April.

Warnings about the Ericsson-Vonage Deal

On 20th May, Ericsson released a statement which starts like this:

We understand that shareholders and others have questions about the company’s conduct in Iraq and certain ongoing investigations. Ericsson remains committed to providing shareholders and the public updates on matters relating to its ongoing interactions with the Department of Justice. As Ericsson previously announced, we are continuing to cooperate with the DOJ in relation to its notices that the company was in breach of its Deferred Prosecution Agreement by failing to provide certain documents and information and to adequately disclose its internal investigation into conduct in Iraq.

The statement closes by contradicting itself.

In the view of Ericsson and its counsel, it remains the best practice not to comment on the details of a pending legal or law enforcement investigation. In order to protect the integrity and preserve the confidentiality of the review and ongoing government investigations, it is important that we complete our process before we discuss these issues in more detail.

So, to translate Ericsson’s press-speak, Ericsson is committed to providing updates on its interactions with DoJ, except where they relate to a pending investigation, i.e. virtually every DoJ interaction.

Because of the global interest in the Iraq issues, it is possible that Ericsson hoped this statement would attract more attention than its other news on 20th May, when the SEC was notified that Ericsson and Vonage agreed to push back the merger termination date until August 2022. Another 3 months were allowed for the closure of a deal which was originally expected to have been completed during the first half of the year.

I understand why Ericsson and Vonage investors may have concerns. CFIUS is part of the US Treasury and its job is to:

Another part of the US Treasury is the Office of Terrorism and Financial Intelligence which states that it:

Ericsson has previously accepted that it is a money launderer, and the DoJ is currently investigating whether it is also a terrorist facilitator, so it’s no real surprise that the CFIUS decision is taking some time. The Treasury is assessing complex legal, commercial and political issues. The bottom line is whether US strategic interests will override the ethical objections to engaging with a company that has such a long track record of corruption and which appears to have attempted to deceive the DoJ in relation to Iraq. The US ban on Chinese telecom vendors has strengthened Ericsson’s position as a technology provider. However, sources say the chances of a decision to approve the acquisition are no better than 50-50.

The Price of Crime

Ericsson continues to pay for its previous corruption. But even after the billion-dollar DoJ penalty, it appears that somebody in Ericsson decided it was worth the risk to conceal the evidence of the Iraq corruption and suspected terrorist payments. That could be a hugely expensive mistake. Not only has Ericsson ticked off the DoJ by concealing evidence – as if it won’t already attract a big enough penalty as a second-time offender – but it has put the Vonage merger at risk. An SEC filing made by Ericcson on 25 March shows that if Ericsson cannot obtain CFIUS clearance, it may have to pay a USD200mn termination fee to Vonage. But that amount could be small change compared to the potential lost earnings from the failed merger, plus whatever Ericsson is going to have to pay to the DoJ.

My sympathy is for the honest, hard-working Ericsson people who took all the compliance courses, signed up to the Ethics Policy and did their jobs in compliance with all the relevant laws, regulations and rules. I hope Ericsson survives and thrives, but I’m concerned that if it suffers another big hit, the real price will be paid by those suffering budget and headcount cuts.

Instead of the price being paid by honest, hard-working people who observed the rules, it’s time for those in control of Ericsson to be held personally accountable for the consequences of their failings.