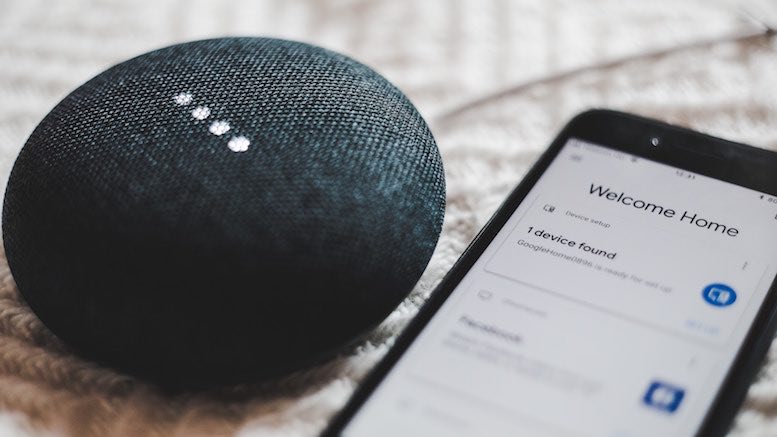 Older readers will remember a quaint portable device called ‘the camera’. Many households owned a camera, and people would carry these portable devices with them on holiday, or to the school play, or to a wedding, so they could capture important moments in their life. These devices are now only bought by professionals, traditionalists and hardcore enthusiasts, because the rest of us rely on our phones to do the job of a camera. However popular a device is, it can be made redundant by a different device. With this in mind, we should ask a question that will horrify many in our industry: are we about to see a permanent decline in the number of people owning and using phones?

Phones are much more than phones, thanks to the rise of the smartphone. They are also cameras, computers, diaries, personal assistants, toys, music players and televisions. But we still think of them as telephones, because we still use them to make and receive telephone calls. What would happen if many other devices could also be used to call somebody else? Suppose we could speak to somebody on the far side of the planet using our hairbrush, or car stereo, or sunglasses, or Fitbit. If everything is networked then it might not seem important to carry a mobile phone with us any more. The number of landline connections is already falling, and even fewer would want a single-purpose telephone permanently situated in their home if the same job could be done by their TV, fridge, or Amazon Echo.

The internet of things is touted as being a key new source of revenue for telcos, but if everything is networked, customers will no longer need devices whose value primarily stems from its network connection. Telcos may make more money from the internet of things, only to see this being offset by a decline in handset sales. The disruption might lead some telcos with a considerable investment in high street stores to reposition themselves as retailers of a broader range of electronic devices. It will also create opportunities for non-telcos to take some of the revenues previously earned by telcos.

It was only a few decades ago that telcos in most countries were national end-to-end monopolies. The same company would not only own the trunk routes, the local exchanges and the copper wire that connected each home, they would also own the handset inside the home. There has been tremendous liberalization of the market since then, beginning with the telephone, the device at the edge of the network. Changes at the edge can make it possible to pursue otherwise impossible changes at the core of a business. The personal computing revolution led to the demand for data networks, and hence to the creation of the internet and many new business models, such as ISPs and video streaming services. Twitter and WhatsApp would not have attained global reach if smartphones had not become universal, whilst banks and airlines are using apps to cut their number of branches and reinvent the boarding card. In the future, a phone might seem as old fashioned as a printed airline ticket.

Google always looks to the future, and they appear to be two steps ahead in preparing for the way we will communicate. For example, Google has been investing in Rich Communications Services (RCS), a GSMA-supported protocol designed to replace SMS. In 2015 the Android team announced they were committed to RCS and Google purchased Jibe Mobile, specialists in RCS. Whilst RCS is supported by over 50 operators, Google could use this protocol to route messages through their own systems, bypassing telcos as much as possible.

Google Home is their version of Amazon Echo, a device which is connected to the internet, possesses a microphone and loudspeaker, and which can understand spoken instructions. As of January 2019, Google Home could be found in almost 16mn US households, which puts them a long way behind the 40mn+ American households using Amazon Echo. However, Google developed Android, whilst Amazon does not make an operating system for mobile phones. That means Google has more expertise in voice and messaging services than Amazon. 16mn is small compared to the over 250mn mobile handsets used by Americans, but there is obvious potential if over 50mn homes already own a networked device that could be used to transmit voices.

Google is in a position where they have the deep pockets needed to drive the replacement of SMS with RCS, and to manage the flow of RCS traffic towards systems they control. They could then do something similar for voice traffic. Meanwhile, they can leverage their investment in Android to incorporate the same kind of voice and messaging functionality into other IoT devices. Just as there were few mobile phone manufacturers who could compete with the Android operating system, manufacturers of IoT devices with microphones and speakers are unlikely to resist an offer of enhanced communications functionality if it comes from Google. The difference is that Android gave Google influence over devices, but not over networks. Their new connectivity strategy will see them competing with carriers at the core of all-IP networks as well profiting from the sale of devices connected to the edge. And thanks to Google’s aggressive lobbying against telcos, and for net neutrality, they have already persuaded the majority of young people that network connectivity should be free, whilst there are no restrictions on what is charged for networked devices or over-the-top services.

During the 1970’s, Kodak sold 85 percent of cameras and 90 percent of film purchased in the USA. Kodak dominated photography in the same way that telcos dominated telephony. But by 2012, Kodak had filed for bankruptcy protection. Their executives could not imagine that their products would be usurped by a combination of digital photography and the development of new devices that destroyed demand for cameras. With that in mind, how confident are you that people will use telephones in future, or that the replacements for phones will be connected to networks managed by today’s telcos?