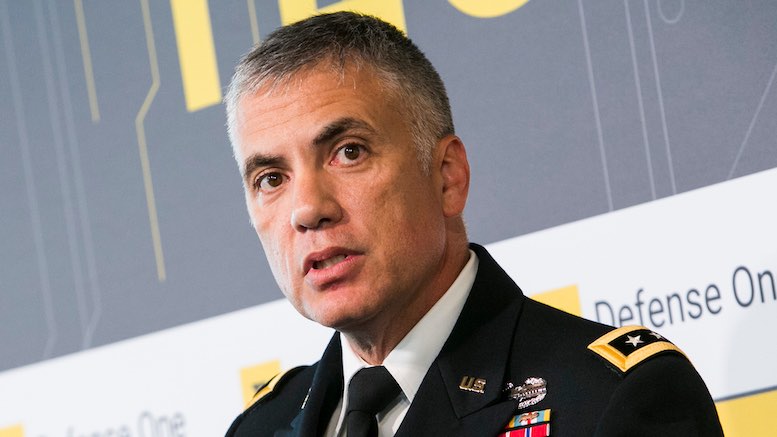 The constitution of the United States of America says quite a bit about people having rights so they can live peacefully without government interference. That must be dandy if you are an American, but is of little comfort to everybody else on the planet, as US law says the rest of us should expect to be spied upon by the National Security Agency (NSA), the US communications surveillance agency. The Office of the Director of National Intelligence says Section 702 of the Foreign Intelligence Surveillance Act (FISA)…

…permits the government to conduct targeted surveillance of foreign persons located outside the United States, with the compelled assistance of electronic communication service providers, to acquire foreign intelligence information.

The use of the word ‘targeted’ in that sentence is interesting, given that this law is used by the NSA to collect data from comms providers in bulk, so they can then sift through it to see what it contains. That is why the American Civil Liberties Union (ACLU) says Section 702 is used to legitimize…

The Electronic Frontier Foundation (EFF) is no fan of Section 702 either.

Patriotic Americans, on both sides of the political divide, have concluded Section 702 is used to collect information so indiscriminately that the NSA is breaking the law. If they believe little respect is shown to laws meant to protect Americans, you can imagine how little anyone in the USA is trying to preserve the privacy of anyone who is not an American. That would not be such a big problem were it not for the fact that so much electronic communication goes through US companies that have to comply with this law. Having all your emails read by US spies might be considered bad enough. Now the US government is also pushing the world to implement STIR/SHAKEN, ostensibly because they want to halve the insane number of robocalls received by Americans, though some people in that government might also like the idea of compliant US businesses gathering tremendous amounts of data about the A and B parties involved in lots of foreign phone calls.

One of the few good things about the US approach to law-making is that sunset clauses tend to be included in legislation that is most likely to be abused in practice. These clauses mean the laws expire on a pre-determined date unless they are explicitly renewed. When it was last renewed in 2018, Section 702 was set expire at the end of 2023. That is why General Paul Nakasone (pictured), the head of both the NSA and the United States Cyber Command (Cybercom), is already making speeches about why Section 702 needs to be renewed. In these speeches Nakasone will not quite explain why Section 702 is responsible for lots of good things (because those things are secret) and will not say it has caused any bad things (because they never happens). Nakasone told the Privacy and Civil Liberties Oversight Board of the US Congress that:

It’s difficult to provide you with concrete examples of how this authority has helped protect the country because so many of our successes are just that, preventing the dog from barking in the night. We also have to limit what we share publicly because our foreign adversaries are paying close attention to how the intelligence community and, most specifically, the National Security Agency function in hopes of learning our tradecraft in evading detection.

But it is important for the public to understand why this authority matters. So where we can declassify stories that tangibly demonstrate its impact on our security, we will.

If you wanted to write an unironic definition of biased information, General Nakasone can help you out. Normally the politicians who inhabit Congress would uncritically accept whatever Nakasone might tell them, but he now has a big problem. In the past, spies like Nakasone could rely on broad bipartisan support from both Democrats and Republicans. National security is popular with lots of American voters on both the left and the right. Nakasone’s problem is that a growing portion of the Republican Party has come to believe surveillance powers will be used to spy on them too. And whilst the Republicans only have control of the House of Representatives, the fact that they will struggle to drive the legislative agenda between now and the 2024 elections means many Republican Congressmen will be even more focused on other opportunities for political point-scoring. This could include limiting the support they give to bodies like the NSA, forcing the Democrats to go all-out to defend US spies, even though this will anger left-leaning organizations like the ACLU and the EFF.

Nakasone is a tainted advocate for Section 702 because he is now linked to the dirtiest of the dirty tricks played by the so-called ‘deep state’ against Republicans. In recent years a great deal of fuss has been made by Democrats and the US press about the extent to which Russia was able to affect American elections by flooding social media with disinformation. Now even virulent anti-Trump publications like The Intercept acknowledge that Russian influence was massively exaggerated. The problem for Nakasone is that one of his supposed successes is the creation of the “Russia Small Group”, a unit comprised of personnel from both the NSA and Cybercom with the sole purpose of preventing foreign interference in elections. If the leftest of US lefties and the rightest of US Republicans both believe spies misled the public about foreign threats then Nakasone might actually have to provide some real justifications for running the world’s most extensive comms surveillance program, or else see it scaled down at the end of this year.