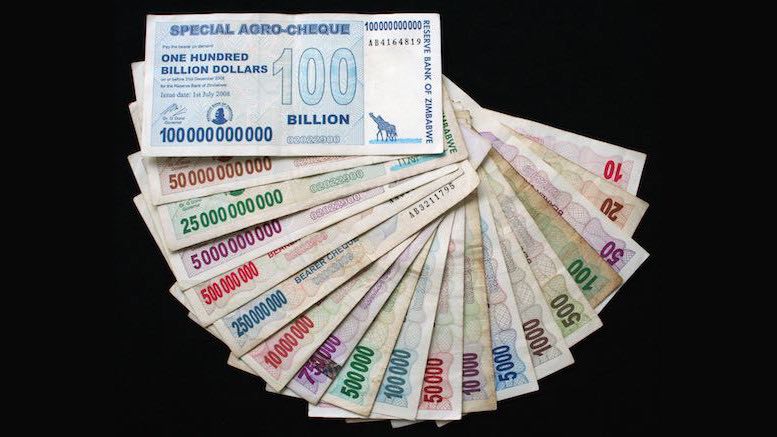 The central bank of Zimbabwe has imposed harsh controls that will deny mobile money services to large swathes of the population who are otherwise unbanked. Commsrisk reported in June that Ecocash, the dominant mobile money provider in the country, was openly resisting government attempts to suspend mobile money services. Ecocash argued they were regulated by the Reserve Bank of Zimbabwe (RBZ), and the central bank had communicated no limits on the use of mobile money at that time. That situation has now been reversed, with RBZ imposing a strict limit of ZWL5,000 on the amount that can be transacted in mobile money on a daily basis. ZWL5,000 is worth approximately USD14, but explaining its actual value is difficult because real exchange rates vary greatly due to controls on the exchange of money, black markets and soaring inflation. Ecocash has accepted the rules imposed by the central bank, and passed on the bad news to its customers.

Notice to All EcoCash Customers pic.twitter.com/JwWfkZm8Tq

Zimbabwe is in the midst of a financial crisis, though perhaps it would be more accurate to observe that Zimbabwe has not found any solutions to the financial malaise which has blighted the country for decades. The government’s recent rhetoric suggests runaway inflation has been caused by electronic transfers involving foreign currencies and fraud by mobile money providers. However, Zimbabwe’s problems with inflation, and the resulting need for hard foreign currency, predates the introduction of mobile money. In 1980 the Zimbabwe Dollar was worth approximately the same as a US Dollar, but within 30 years they were printing 100 billion dollar notes (pictured). Zimbabwe effectively abandoned its currency in 2009 after the government printed so much that it had become worthless. During the following decade Zimbabwe operated by allowing the currencies of other countries to circulate around its economy. This changed in June 2019 when the new Zimbabwean dollar, also known as the Zimdollar, was introduced. However, the Zimdollar value has fallen precipitously, despite relatively small volumes of the new currency being in circulation.

Mobile money is currently vital to business operation in Zimbabwe, especially for lower-value transactions. The most recent statistics from Ecocash, a spin-off from mobile operator Econet Wireless, suggest that they service 90 percent of transactions between private businesses and their customers, including shopping for daily groceries. Many businesses rely heavily on mobile money, and only a minority of SMEs possess a traditional bank account. The International Monetary Fund estimates that Zimbabwe’s shadow economy represents over 60 percent of all economic activity in the country.

The new RBZ restrictions also seek to put mobile money agents out of business, effectively eliminating the most common mechanism for converting cash to mobile money and vice versa. This will particularly hurt the poor and those living in rural areas, who are already largely excluded from the banking system. The Zimbabwe Independent reported criticism for the mobile money limits from the President of the Zimbabwe National Chamber of Commerce, Tinashe Manzungu:

Most people in Zimbabwe prefer to use mobile money, which is fast and convenient compared to the traditional banking system… This, combined with a lack of financial education, creates very high barriers to banking for the rural populations and for the farming communities outside towns. Mobile money has afforded the marginalised, the rural and the small-holder farming communities the chance to be integrated into the country’s formal financial system and be able to contribute to the country’s fiscus through various taxes and levies.

Manzungu also predicted that the new restrictions would hasten the country’s reversion to foreign currencies as a more reliable store of value. This has already been shown by a government edict, announced in June, that states all civil servants and government pensioners will receive monthly ‘COVID-19 allowances’ that are denominated in USD. However, because of the shortage of actual US currency the allowances are transferred into special bank accounts with the consequence that the money will ultimately be translated into Zimdollars at a disadvantageous rate. Zimpricecheck.com, a Zimbabwean price comparison website, claims that this has prompted civil servants to turn to black market moneychangers to get better rates.