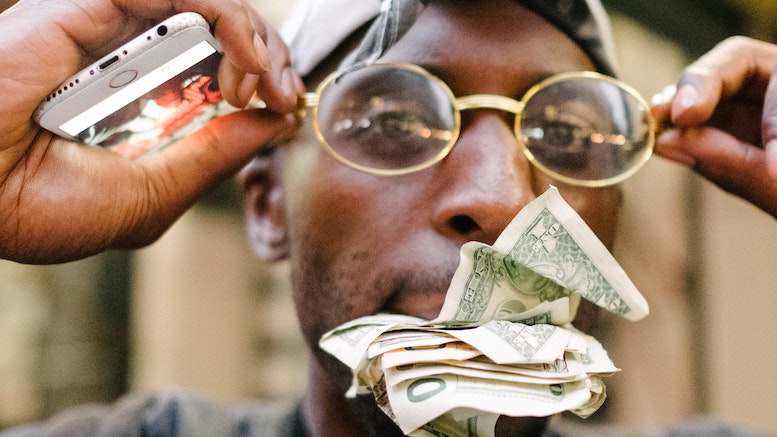 Mobile money has been a tremendous success story for Africans. It gives ordinary Africans new ways to engage in trade, pass money to friends and family, and even store their cash without needing to deal with expensive and exclusionary banks. The unbanked and underbanked have enthusiastically adopted mobile money around the continent, especially in places where the traditional banking system is inadequate, expensive or unreliable. That was especially true in Zimbabwe, whose corrupt and incompetent government has a history of encouraging runaway inflation by printing cash to pay its own bills whilst seeking to control how ordinary Zimbabweans use their money. In the final quarter of 2019 Zimbabwe’s central bank reported that mobile money had been used for 84.8 percent of all transactions in the country, worth 22.6 percent of the total value. In other words, ordinary Zimbabweans were using mobile money in preference to cash to make everyday purchases. The government responded by choking a potential threat to its authority, first by suspending mobile money services in mid-2020. Later they imposed a strict daily limit on mobile money spending of ZWL5,000 which was then equivalent to approximately USD14. These limits led to predictions that Zimbabweans would revert to using the more reliable US dollar in preference to a Zimbabwean dollar that keeps losing value and for which cash is difficult to obtain. These predictions have proven accurate, but Tawanda Karombo reports for Quartz that the Zimbabwean government keeps doubling down on its obsession with crushing the use of mobile money.

In its fight to end the dominance of the US dollar as local tender, the Zimbabwean reserve bank has shut-down Innbucks, a local loyalty rewards and mobile remittance company for foreign currency and another, Access Finance, which allowed users to send and receive foreign currency locally.

The central bank has also restricted mobile money platforms, including the popular offering, EcoCash, from using agent networks for US dollar cash-in and cash-out facilities. Only EcoCash run outlets are allowed to offer these services. Local fintech experts however say that lack of confidence in the local currency is the main driver of inflation — now above 70%— and exchange rate distortions, that are hobbling Zimbabwe’s economy.

Mobile money was providing more Zimbabweans with the opportunity to use a currency they trusted and wanted to use, and not the Zimbabwean dollar that the government is forcing them to use. Rather than accept the reasons why Zimbabweans want to escape an inflationary spiral, the government has sought to prop up their currency by limiting access to financial services.

Following the shutdown of Innbucks and Access Finance as well as restriction of EcoCash forex services from agent networks, Zimbabweans now have to rely on traditional money transfer services such as Western Union and Mukuru.com whose costs can be restrictively high. Banks are also another option but these are limited in geographical spread while they also take a long time to complete transfers.

The government’s goal is to render mobile money impotent by minimizing the role of agents, the small businesses who handle the exchange between cash and mobile money balances. Putting agents out of business means ordinary Zimbabweans find it more difficult to use mobile money, especially if they live in rural areas.

According to Juda Levine, the CEO of Mondato, a digital finance advisory company, mobile money agents are an important component of the mobile money ecosystem, especially in the African context.

Mobile money remittances on agent networks, a popular practice in African countries such as Kenya, helps ensure a seamless flow of remittances into the country.

You can read Tawanda Karombo’s article for Quartz here.